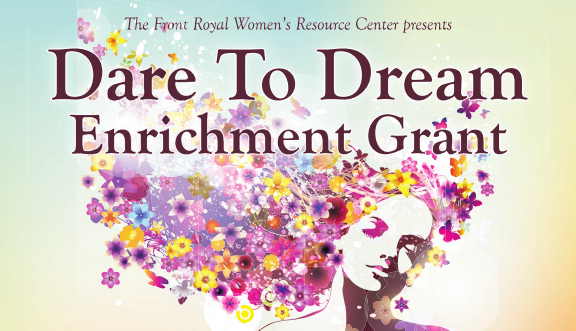 Front Royal Women’s Resource Center (FRWRC) Now Accepting Applications for 2019 DARE TO DREAM GRANTS (Take classes, start a business, purchase a computer, learn a new skill, train for a profession, start a non-profit, anything you can dream…) Grants up to $1,000 are awarded each year to Warren County women to help make their dreams come true. The Dare to Dream grants are available to women living in Warren County, ages 18 years and older, not currently enrolled in high school.

Application deadline is January 18, 2019. Recipients will be announced in March 2019.