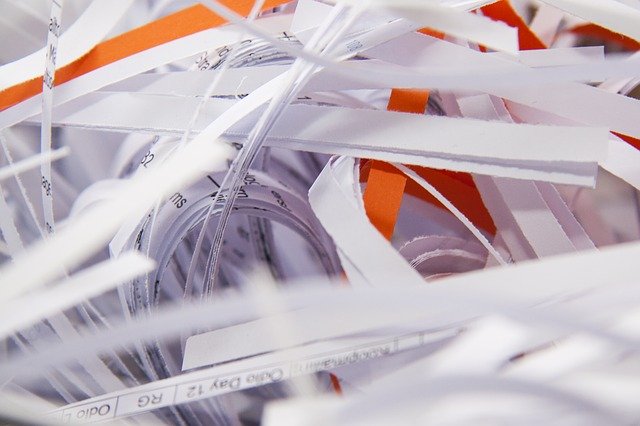 Have you been de-cluttering during the pandemic? Come shred your sensitive documents at our Community Shred Day on October 17th! There is no limit to the amount you can shred. Come out and take advantage of this service!

More than half a dozen legislators have been named to a bipartisan redistricting commission that seeks to fairly draw congressional and state legislative districts.

The commission will be made up of 16 people. Half of them will be legislators and the other half will be Virginia citizens.

Del. Eileen Filler-Corn, the speaker of the Virginia House and one of the officials responsible for naming the legislative members of the commission, announced her appointments on Nov. 30. Filler-Corn said in a statement that McQuinn and Simon are “committed to inclusion” and “dedicated to a fair redistricting process that protects the vote of every Virginian.”

House Republican Leader Del. Todd Gilbert, R-Shenandoah, said in a statement that his appointees “will help craft what the voters have demanded — fair maps for every Virginian.”

Almost 66% of Virginians voted last month in support of an amendment to establish the commission, according to the Virginia Department of Elections. Days after the election, state lawmakers agreed to a $135 billion revised budget that included setting up the commission. The previous law stated that the General Assembly and the governor had total control over redistricting.

The majority of congressional and state legislative districts in Virginia were redrawn after the 2010 U.S. Census when Republicans controlled both chambers of the General Assembly and the executive branch. The maps are scheduled to be redrawn again next year with final census counts. However, the U.S. Census Bureau requested a delay to submit redistricting data to states no later than July 31, 2021, instead of April 1.

Erin Dodson, a 20-year-old from Sussex County, is one of more than 2.7 million Virginians who voted for the amendment. He said that getting Virginians more involved was a step in the right direction.

“I feel like it’s only fair that the people are heard,” Dodson said. “This is America; freedom of speech and government involvement is what we’re all about.”

The state also started accepting applications this week for residents who want to serve on the commission. Retired circuit court judges will choose the citizen members.

In order to be considered, citizens must have lived in Virginia for the past three years. They also must have voted in at least two of the last three general elections. Citizens who hold, have held or sought to hold a political position or public office will not be considered, nor will lobbyists or people who have served as lobbyists in the last five years. Three letters of recommendation are also required to be considered for an appointment.

This week’s showtimes at Royal Cinemas as of December 4th

Here is a list of this week’s showtimes at Royal Cinemas as of Friday, December 4:

Holiday decorations can help make Christmas feel like a magical time of the year. Here are a few ways you can make them more eco-friendly.

Invest in eco-friendly lighting
Brighten up the exterior of your home with LED lights and use a timer, so they don’t stay on all night. Alternatively, you can opt for solar-powered lighting. If you want to set the mood with candles, choose natural soy-based products.


It’s best to reuse decorations from one year to the next. However, if you want a change, look for second-hand options at a thrift store or stroll through a Christmas market to find unique ornaments made by local artisans. Alternatively, you can organize a decoration swap among friends and family members.

Make your own decorations
Use natural materials like fallen branches, pine cones, and dried leaves to make your own seasonal decor. If you want to get the kids involved in holiday crafts, sort through your recycling bin for useful supplies like toilet paper rolls, cardboard boxes, and egg cartons.

Finally, be sure to buy your Christmas tree from a local farm that doesn’t use herbicides or pesticides. For an unconventional alternative, build your own by stacking books or using other common household items.

9 ways to connect as a family over the holidays

The holidays are an ideal time to connect with your kids and spouse. Here are nine great ways to spend quality time together.

1. Cook or bake
Whether it’s preparing a big meal or making treats for Santa, cooking is a great way to bond with kids of all ages.


Spending a few days at a cottage in the wilderness will provide you with an escape from the city and allow you to reconnect with your family. Leaving your usual distractions behind will make it easier to keep everyone together.

3. Have a game night
An evening spent playing games is sure to be filled with laughter and excitement. Make a point to choose games that appeal to everyone.

4. Spend a day outdoors
The winter holiday is an ideal time to go snowshoeing, skating, skiing, tobogganing, hiking, snowmobiling or to simply build a snowman. There’s nothing like a day spent outdoors to help you create lasting family memories and smiling rosy faces.

5. Support a good cause
Working together to make a positive difference in the world is a fantastic way to forge stronger family ties. Spend some time picking a cause that speaks to you and your kids, and research the best way to support it.

6. Watch a movie
Choose a film or series that everyone in the family will enjoy, pop some corn and gather in the living room to share a couple of hours at home.

7. Make a family bucket list
Make a list of the fun activities that you, your spouse, and your kids want to do. Put your list in a spot where it’s visible to all (like on the fridge) and start crossing things off.

8. Plan a cultural or educational trip
There’s no shortage of things to do that are both fun and educational, from going to zoos and planetariums to visiting science and history museums.

9. Create a family survey
Put together a fun questionnaire tailored to the ages of your children to find out more about their likes, dislikes, hobbies, ambitions, and more. Ask about their dream job, which countries they’d like to visit, what they most wish for, and what their most cherished memories are.

However, you decide to spend time with your family over the holidays, the important thing is that you’ll be together.

How to make your home more energy-efficient

If you want to decrease your carbon footprint while paying less for your utility bills, reducing the amount of energy your household consumes is key. Here’s how to make your home more energy-efficient.

Use energy-efficient lighting
Compact fluorescent lamps (CFLs) and light-emitting diodes (LEDs) are better options than traditional incandescent lights. LEDs are the most energy-efficient, consuming about a quarter of the energy of incandescent bulbs. What’s more, they last 10 times longer.


Heat loss and gain through windows account for about 25 to 30 percent of residential energy usage. You can make your windows more energy-efficient by adding weatherstripping, installing blinds or curtains, and ensuring that window edges are well-sealed with caulk. In addition, consider replacing damaged or poorly insulated windows with energy-efficient ones that are double- or triple-paned.

To maximize your efforts at making your home more energy-efficient, consider hiring a certified energy auditor. This professional can evaluate the inefficiencies in your home and provide expert recommendations.