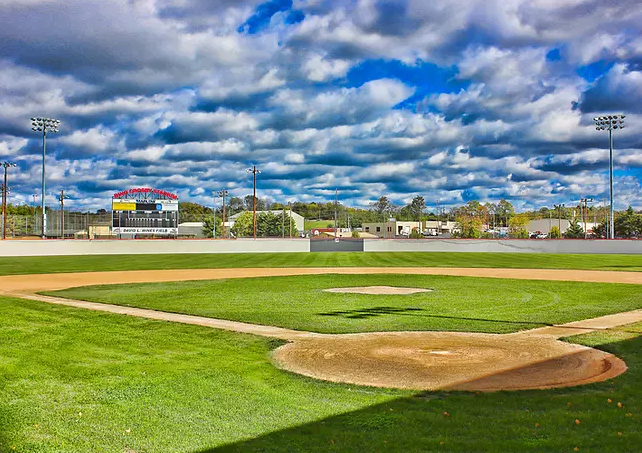 In this Town Talk, we’ll have a conversation with Lori Oaks. Lori has started a new community event called ‘Lori Loves Homes Front Royal Light Fight’. If you have ever watched Christmas Vacation, you’ll understand the concept.

This event is open to all Warren County residents. This event blossomed from Lori Oak’s love for her Warren County community and her desire to create an annual event that all could look forward to.

Participating in this event couldn’t be easier! Simply decorate your home with as much Christmas spirit as possible, sign and return your Waiver of Liability, take photos of your home, submit the photos to be entered, and wait until December 31st when our CASH prize winners will be announced. All voting will take place online, and there will be first, second, and third place winnings selected by our judges, as well as a fan favorite selected by… well you!

Town Talk is a series on the Royal Examiner where we will introduce you to local entrepreneurs, businesses, non-profit leaders, and political figures who influence Warren County. Topics will be varied, but hopefully interesting. If you have an idea, topic, or want to hear from someone in our community, let us know. Send your request to news@RoyalExaminer.com

The recently controversial, circa mid-2020, Confederate Soldier statue on the Warren County Courthouse grounds in the center of the Town of Front Royal is about to get some company. That company according to a press release issued by Coming to the Table on Thursday, September 23, will be marker flags to represent what is cited as over 1100 people – men, women and children, who were enslaved in Warren County at the outset of the Civil War.

Contacted about the display, which is slated to be placed at noon this Saturday, September 25, and remain through Saturday, October 9, Coming to the Table press contact Julie Chickery estimated as many as 350 markers could be placed representing the number of slave families in Warren County during the American Civil War. A graphic of the planned marker flags was not available with the press release; however, we will update this story with one upon their placement Saturday.

The Confederate Soldier Memorial dating to 1911 survived a 2020 referendum vote on relocation to a private site. At issue for supporters of relocation was whether a memorial at a public site dedicated to law and order, commemorating a rebellion surrounding the issue of continued slavery in the nation was appropriate in the 21st century as racism continues to be a hot-button political issue nationally. Royal Examiner File Photos by Roger Bianchini

Could this be a first step toward a less divisive path concerning the continued memorializing on the Warren County Courthouse lawn of the county’s sons who fought, many who died, for the Confederacy? Perhaps, Chickery agreed of the potential of movement toward a more permanent marker acknowledging the human sacrifice of the county’s slave population. For even if not many of the families of the approximately 600 soldiers names on the Confederate Soldier statue were slaveholders as some have asserted, there were families in this county who did hold slaves, as the number of 1,149 slaves freed here after the Civil War was recorded to have been on February 27, 1866, Chickery noted.

The names of county sons who went to war for the Confederacy. Some supporters of the statue’s continued presence at the courthouse have asserted that the bulk of those men’s families were not of the economic class to own slaves, and their personal reasons for going to war are unknown. – For some, perhaps many, it was just because they were drafted, some memorial supporters pointed out.

Below is the full Coming to the Table Press Release:

The local chapter of Coming to the Table is hosting a display on the Warren County Courthouse lawn to honor the more than 1,100 men, women, and children enslaved in the county at the onset of the Civil War.

Last year the county was involved in a contentious debate around an item on the ballot to relocate the confederate monument on the courthouse lawn to a more appropriate private location. One of the erroneous arguments repeated at board meetings and in letters to the editor of local news publications was the implication that slavery was not pervasive in Warren County. Historical records prove these claims to be untrue.

Co-sponsored by Northern Shenandoah Valley Unites, the display will consist of small utility marker flags that will represent the enslaved. Julie Chickery, Warren County resident and member of both Coming to the Table and Northern Shenandoah Valley Unites said, “This display is an important part of ongoing efforts to acknowledge and heal wounds from racism that is rooted in the United States history of slavery.”

In this Town Talk, we’ll have a conversation with Lt. Robbie Seal from the Warren County Sheriff’s Office and Matt Huff.

Come out and show your support for local veterans, and local law enforcement, and EMS. This is a charity softball game. This is a charity softball game. Money raised will go to Skip Rogers at Able Forces, to help local veterans. We will have some special things for fans in attendance. Also, T-Shirts with the game logo will be available for purchase! Wear it and show your support.

Town Talk is a series on the Royal Examiner where we will introduce you to local entrepreneurs, businesses, non-profit leaders, and political figures who influence Warren County. Topics will be varied, but hopefully interesting. If you have an idea, topic, or want to hear from someone in our community, let us know. Send your request to news@RoyalExaminer.com

Joins us on Thursday, September 23, 2021, when the Warren County Middle School Girl’s Basketball team takes on Daniel Morgan Middle School. The 7th-grade game starts at 5 pm and the 8th-grade at 6:30 pm.

Catch all the action right here on the Royal Examiner.

Fauquier Health announced Aliona Bortun, MD, has joined its staff and will be offering family medicine services to the residents of Bealeton, Fauquier, and surrounding areas – including such as Midland, Sumerduck, Remington, and more. Dr. Bortun joins Dr. Ahmed Fida at the Family Practice at Bealeton. According to Dr. Bortun, “I strive to develop long-term relationships with all of my patients. My goals is to provide necessary care for all patients, of all ages. I look forward to working with Dr. Fida and meeting the residents in the Bealeton area.”

Dr. Bortun joins the Fauquier Health team from Spectrum Healthcare Clinic in Dumfries, Virginia. She graduated in 1998 from State Medical and Pharmaceutical University “Nicolae Testemitanu” Moldova. She went on to complete her residency training in Family Medicine from the Medical Center located in Columbus, Georgia in 2014. As a multi-lingual provider, Dr. Bortun is fluent in four languages including English, French, Russian, and Romanian.

Mike Poore, Interim-CEO of Fauquier Health, commented, “The welcoming of Dr. Bortun to our team will allow Fauquier Health to continue offering expanded access to care for families. Dr. Bortun’s nearly 20 years of experience in Emergency and Family Medicine make her a great addition to our team.”

Dr. Bortun has already begun seeing new patients in the Bealeton practice, located at 6200 Station Dr. Bealeton, VA 22712. To schedule an appointment, please call 540.439.8100. Online scheduling will be available in the future. For additional details, please visit the Find a Doctor/Provider page on FauquierHealth.org or FHDoctors.org.

About Fauquier Health
Fauquier Health is a community health system dedicated to high-quality, patient-centered care in a unique environment that considers the multiple facets of healing and respects the individuality of each and every patient. Located at 500 Hospital Drive in Warrenton, Virginia, Fauquier Health serves the residents of Fauquier and several surrounding counties. It comprises: Fauquier Hospital, a fully-accredited, 97-bed hospital; Fauquier Health Rehabilitation and Nursing Center, a 113-bed long-term care and rehabilitation facility; the Villa at Suffield Meadows, an assisted living facility; the Wound Health Center and a medically supervised Wellness Center offering health and wellness programs. Fauquier Health also operates nine physician’s offices, including primary care and specialties. More information on Fauquier Health is available online at FauquierHealth.org or by calling (540) 316-5000.

During the month of October, we are giving away FREE quality brake pads or shoes. All you pay for is labor and any other necessary parts. 10% of these proceeds will go towards research for the Cleveland Clinic Breast Cancer Vaccine Fund.

Our group of auto repair shops from across the country have a set a goal to raise over $1,000,000 in proceeds! This fundraiser will end October 31st.

Our goal this year is to have 200 shops participating. After 14 long years we are very close to bedside trials, hopefully by the end of 2021.

Brakes for Breasts is run solely by volunteers and supported by the independent auto repair community across the country. It is a true grass roots effort, with every penny being donated to research.

For more information, please check out our website, www.brakesforbreasts.com! To schedule your appointment today, call us at (540) 635-BILL (2455). 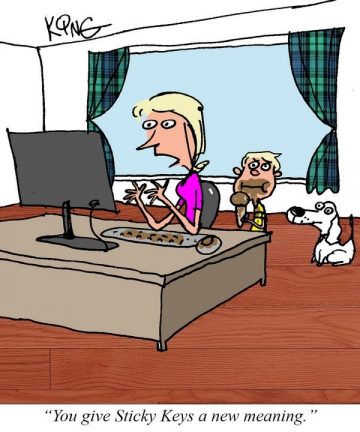 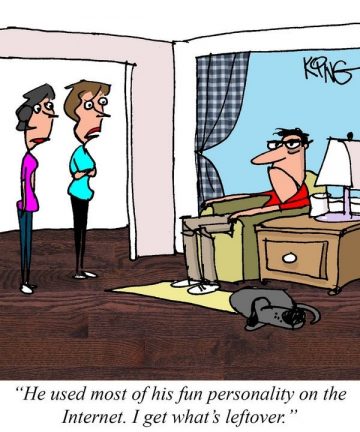 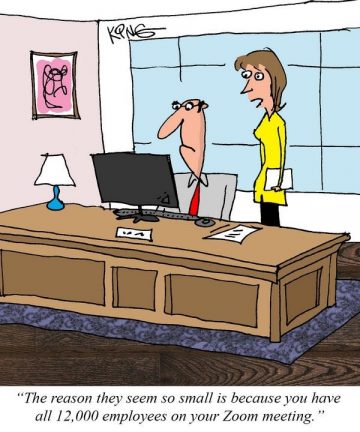 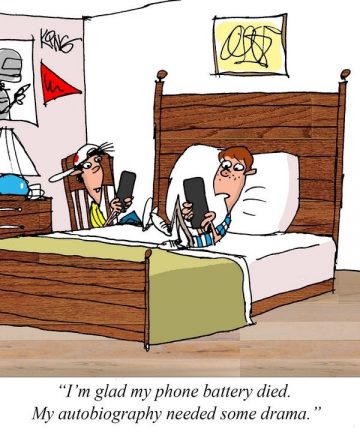 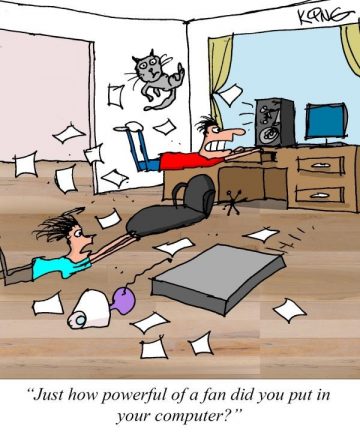 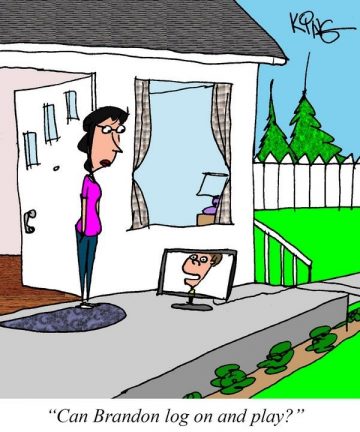 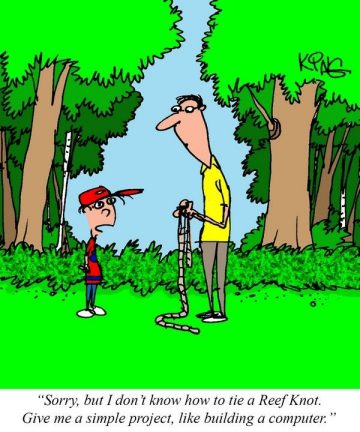 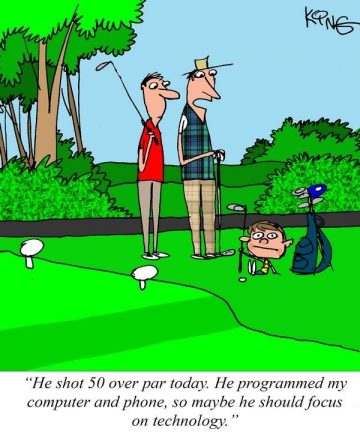 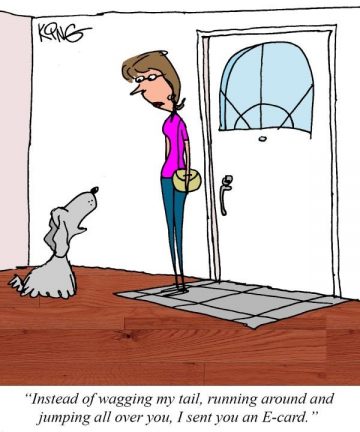 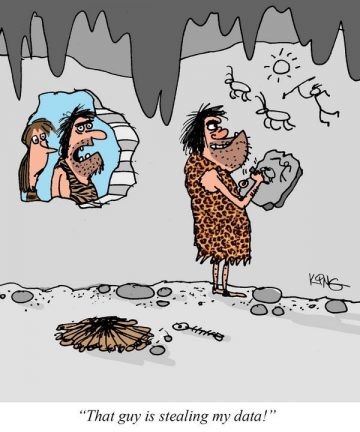 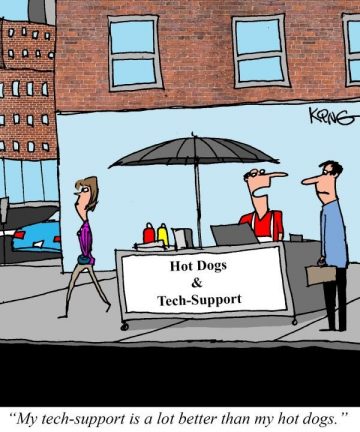 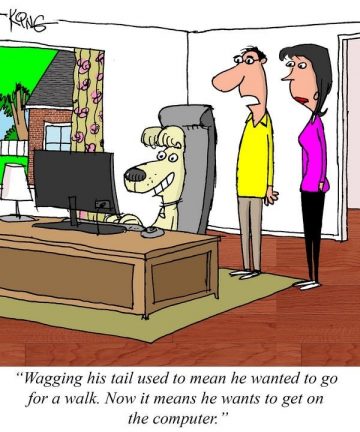 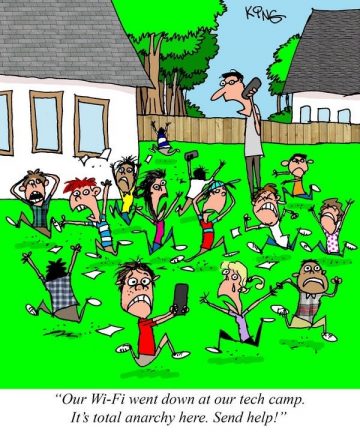 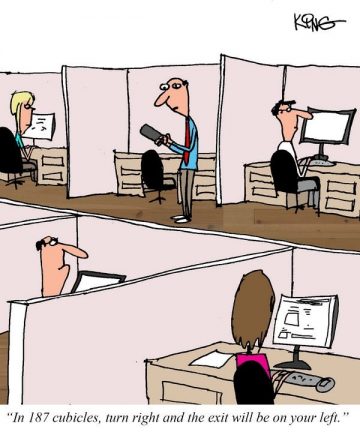 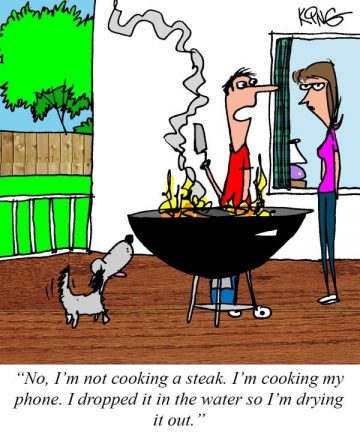 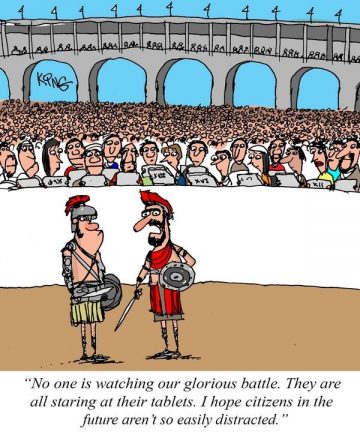 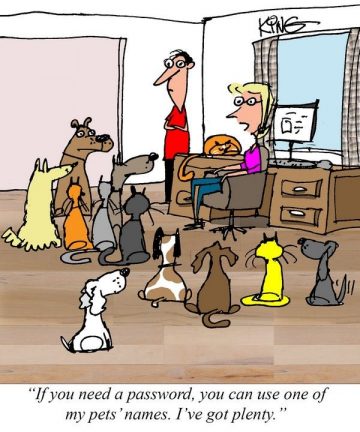 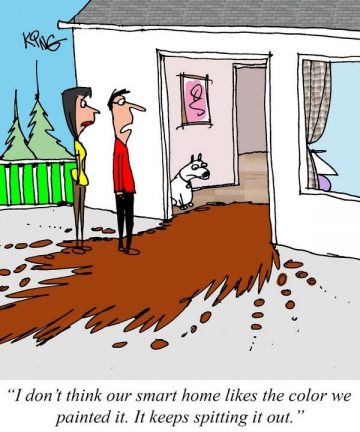 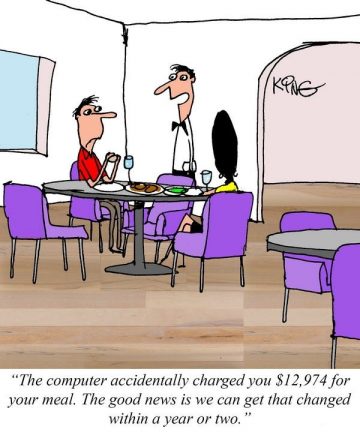 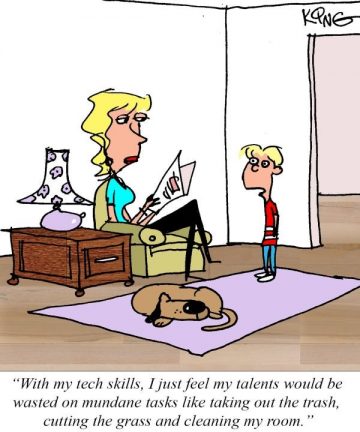 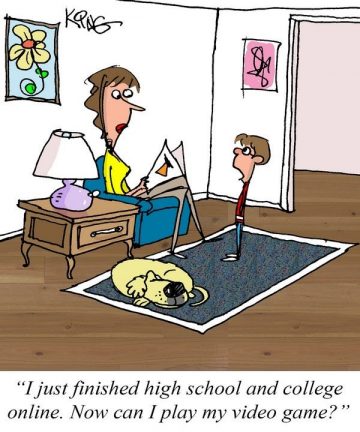 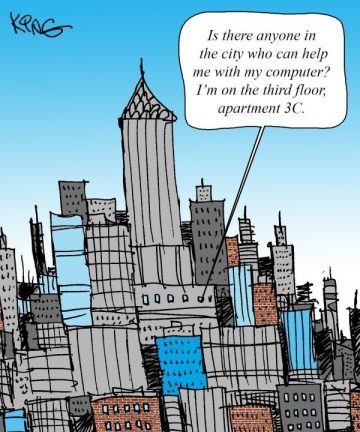 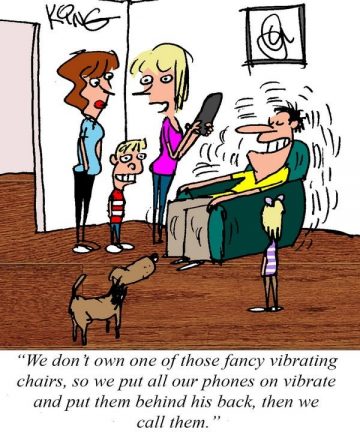 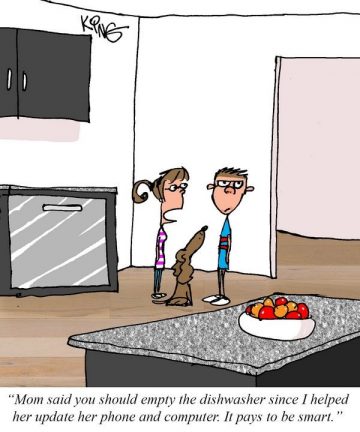 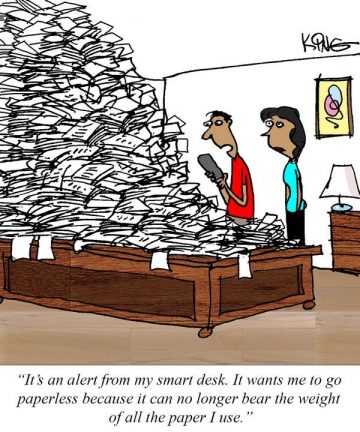 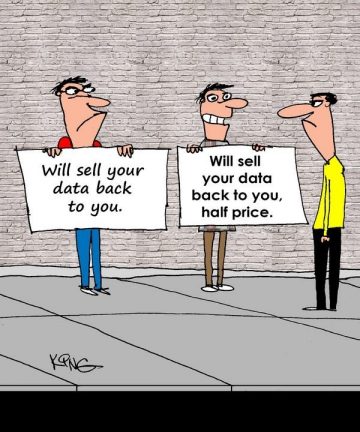 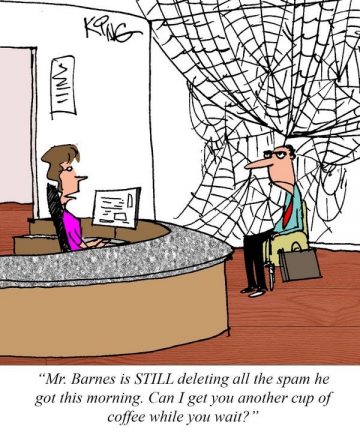 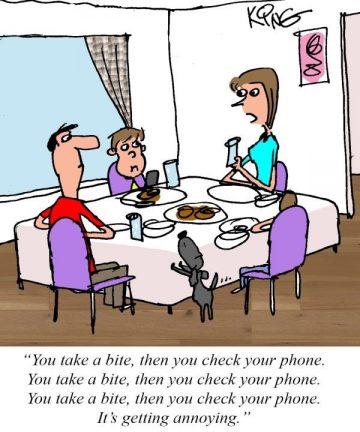 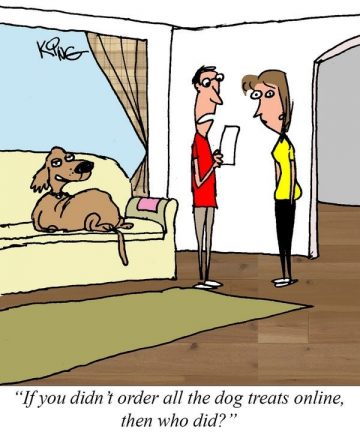