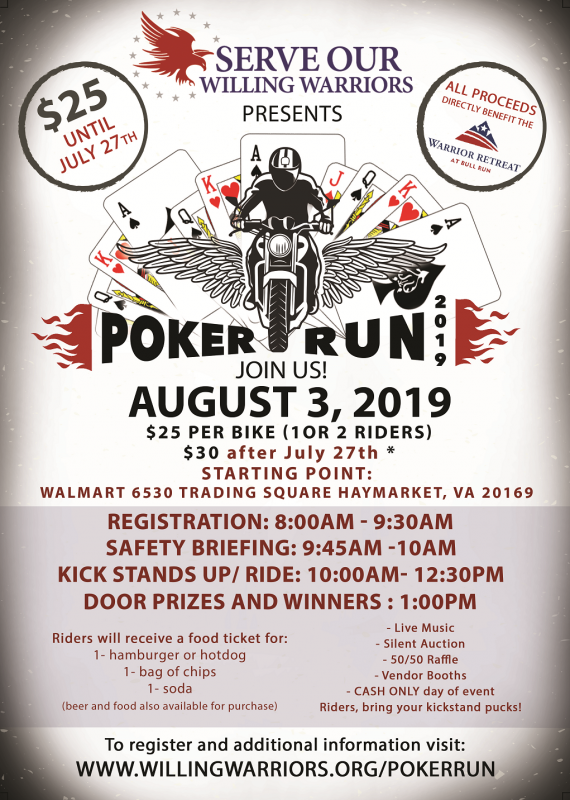 How To Series: Use Libby at the Samuels Public Library

In the first video of the How To series, we learned how to get a library card to the Samuels Public Library.

Now let’s start learning about all the wonderful benefits the library has to offer. Ebooks with Libby is an awesome benefit available to card holders. Watch this video to learn more! Thank you to Barbara Way for helping to share this message about Libby.

How to use Libby:

3. Put in your library card number.

4. TAP through and enjoy!

Click this link to get the Libby App: meet.Libbyapp.com

Are you planning to set up a photo booth at your wedding? If you do, your guests will love hamming it up in front of the camera, and you’ll wind up with a slew of fun, candid mementos. Here are some backdrop ideas for a photo booth you’ll love.

• Sequins. For an old Hollywood feel, choose white, silver or gold. Or put a modern spin on it and choose reversible sequins that your guests can play with to change the look.

• Flowers. A wall of flowers is the perfect romantic backdrop. Match the blooms to your wedding colors or opt for white or red roses. Alternatively, create an ombre effect from light to dark using a variety of flowers in an array of hues.

• Balloons. The trick to nailing a balloon backdrop is to use balloons in various sizes and shapes. Choose pastel tones for a soft look or go for bright colors for a more whimsical touch.

• Wood. A wall of wood planks decorated with ivy and twinkle lights will make your guests feel like they’re hanging out on your back porch. This backdrop is well-suited to a rustic or country themed wedding.

Don’t forget to include props to take photos with. Frames, hats and mustaches on sticks are classic, as are comic book-style word bubbles with fun messages on them.

Buy first vs. sell first: what homeowners should know

If you’re ready to move into a bigger home, you may be wondering whether you should sell or buy first. While there’s no one right answer, here’s what you should know about each option.

Buy first
The main advantage to buying first is that you’ll have plenty of time to peruse the market for your new abode. Without a closing date on your current home pressuring you, you’ll be free to hunt for the perfect property. You’ll also be less concerned if you face setbacks.

However, buying first has one potential downfall: if you can’t sell your previous home right away, you might end up owning two properties at once. This will put you on the hook for double the number of mortgage, insurance and utility payments.

Though you can protect yourself from this scenario by making your offer conditional to the sale of your house, it might make your bid less attractive to sellers. In a competitive market, you’ll be at a distinct disadvantage.

Sell first
The main benefit of selling first is that you’ll know exactly how much money you’ll have to buy your new house. The downside, however, is that as soon as your home is sold, you’re on the clock. And if you can’t find something suitable before the closing date, you may end up having to invest in some type of temporary accommodation.

The best approach
Understanding the market conditions where you will buy and sell the involved properties is key. The best thing to do is consult a registered real estate agent who’s familiar with the associated areas. They’ll give you advice about how proceed and help you meet your goals.

Cannabinoid hyperemesis syndrome: what is it?

The legalization of cannabis in some states and in Canada has spurred enthusiasm for its potential therapeutic properties. However, healthcare professionals have reported an increased incidence of cannabinoid hyperemesis syndrome (CHS), a condition specific to regular cannabis users that’s characterized by cyclic nausea and vomiting and abdominal pain. Here’s what you should know.

Symptoms
In the early stages of CHS, persistent morning nausea and abdominal pain may be the only symptoms. However, the more active phase of the condition is characterized by moderate to severe abdominal pain accompanied by persistent and potentially severe nausea and vomiting which can only be relieved by very hot baths or showers. Some patients experience symptoms of dehydration due to extreme vomiting. This is typically what prompts them to seek medical attention.

Diagnosis
As vomiting and abdominal pain are common complaints, a diagnosis of CHS can be difficult to establish. In addition, the disorder was first identified in 2004, meaning some medical professionals may not be aware of it and misdiagnose it as cyclic vomiting syndrome, a condition with similar symptoms. The only definitive diagnostic finding is improvement after quitting cannabis.

Treatment
While intravenous fluid replacement, medication to reduce vomiting and painkillers may be provided to alleviate the symptoms of CHS, prolonged, persistent vomiting can lead to serious complications. The only known treatment for the syndrome is to stop using cannabis. Afterward, symptoms usually disappear within one or two days.

Risk factors
CHS is a rare condition and the main risk factor is chronic, heavy cannabis use, defined as 20 days a month for at least six months. It’s unclear why some users develop the syndrome while others don’t.

While rare, CHS diagnoses are increasing. If you or someone you know is experiencing symptoms such as persistent vomiting and abdominal pain, it’s important to seek medical attention.

The Cracked Acorn: Bob is Dead!

When Jesus arrived in Bethany, Lazarus had already been dead and in the tomb for four days. When Martha discovered Jesus was on his way, she went out to meet him. “Lord,” she said, “if you had been here, my brother would not have died.” (from the 11th chapter of John)

Yes! and Bob will be missed. It is Bob Lamb, 65 and a cancer victim, in the Bethel Academy community of Warrenton, Virginia where I presently have lived for the past 33 years. Bob was a late comer and only lived here for about 15 years. He drove a pickup truck and would stop and talk some or when he came down to the mailbox, he would also pause and chat about several things.

I give Bob the credit for catching the ones who were wrecking our mail boxes. I told him once his house was the excellent candidate for a widow walk on the roof; it had an excellent view of the surrounding countryside.

It was after I heard Bob was dead I learned he was a former member of the Marine Corps. He was the neighbor that made sure the lawn was mowed and drove to his house obeying the speed limit after our roads were paved.

When I heard Bob was dead it reminded me of an office story. When I came to work for the U.S. Geological Survey and was in the survey computations section, one of the civil engineers died, Bob Pullis. I only knew him from breaks in the coffee room: He went to sleep one night and never woke up. When he died, many of our group were on vacation or just out on a few days of annual or sick leave. The slip with the announcement of his death was dropped into the IN box of the supervisor’s desk and gradually made its way from desk to desk.

Our boss was a retired officer in the U.S. Army and ‘encouraged’ quietness while we worked. It was in this atmosphere you would hear suddenly, “Oh no! Bob is dead!” This went on for several weeks until the word was completely circulated “Bob was dead!”

So, maybe this is very fitting we do pay some homage to those we may only know a little about and then we hear someone say, “Carson is dead!” Please, not just now! Wife is gone to be with Jesus and I am now blessed with a lady friend, I still have so much yet to live for! (You may want to get a jump start and insert your name here!) Now, may… “The Lord bless you and keep you; the Lord make his face shine on you and be gracious to you; the Lord turn his face toward you and give you peace.”’ Numbers 6:24-26 from the International Bible