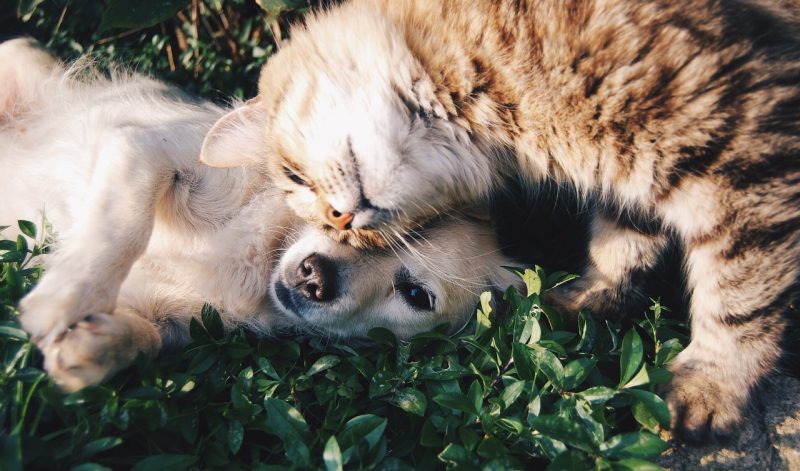 Learn more about the SPCA’s Kitten Warrior foster program. Stop by our adoption center at 111 Featherbed Lane between 1 and 3 PM on Saturday, February 23rd, to learn how you can help to save the lives of the most vulnerable animals that come into our care, neo-natal kittens. Kitten Warrior applications will be available, and kitten specific donations will be accepted such as Kitten Milk Replacer (KMR), nursing bottles, kitten food and Snuggle Safe Discs.

Overnight lane closures on I-66 for demolition at Route 123 and Waples Mill Road overpass this week, Jan. 27-Feb. 1

Demolition of the current ramp from I-66 West to Route 123 (Chain Bridge Road) South, and partial demolition of the Waples Mill Road bridge over I-66 will require overnight lane closures on I-66 East and West between Blake Lane and Monument Drive starting Monday, Jan. 27, through Saturday, Feb. 1.

Demolition of the Waples Mill Road bridge over I-66 will begin as early as tonight, Monday, Jan. 27. Demolition of the Route 123 flyover ramp is planned to begin Wednesday night, Jan. 29. Demolition activities for both bridges are anticipated to last approximately three weeks.

Wednesday, Jan. 29, and Thursday, Jan 30
I-66 East from Monument Drive to Route 123
• A single lane will close by 9 p.m.
• Two lanes will close by 10 p.m. for overhead bridge demolition at Waples Mill Road.
• Traffic approaching Route 123 will be diverted to the collector-distributor lane on the right.
• Drivers should expect occasional 20-minute stoppages between midnight and 4 a.m.
• All lanes will open by 5 a.m.

Friday, Jan. 31
I-66 East from West Ox Road to Route 123
• A single lane will close at 9 p.m.
• Three lanes will close by 11 p.m. for overhead bridge demolition at Waples Mill Road and Route 123.
• Drivers should expect occasional 20-minute stoppages between midnight and 4 a.m.
• All lanes will open by 9 a.m.

The Waples Mill Road bridge over I-66 is being rebuilt to provide room for future mass transit as part of the Transform 66 Outside the Beltway Project. This work is being done in phases in order to maintain traffic on Waples Mill Road throughout demolition and reconstruction.

The current ramp from I-66 West to Route 123 South is being demolished to allow construction of new ramps for the redesigned I-66/Route 123 Interchange, to include Express Lanes access to and from the east and west.

All work is weather dependent and will be rescheduled if inclement conditions occur.

More than a hundred people, many dressed in Scottish plaid, jammed into the Virginia Beer Museum on historic Chester Street in downtown Front Royal Saturday night to celebrate the birthday of a far away and late-lamented Scottish poet, Robert Burns, who lived and died in the 18th century.

Bagpipes skirled, poetry was read, tartan kilts were the dress of the evening, and a haggis – sheep’s entrails cooked in the animal’s stomach – was eaten (by some), along with peeps and tatties (mashed turnip and potatoes). All was washed down with “wee drams” of Scotch whiskey, accompanied by many a toast to the Bard of Scotland.

From the official 6 p.m. start of the event, the crowd inside and out – a bonfire burned merrily in back of 16 Chester Street – was kept entertained by piper Sean Patrick while, between times, Eric Bartock, who claims no specific Scottish ancestry but provided the haggis, read the traditional Burns poem “Address to the Devil” to a more-or-less hushed audience, who were informed of Burns’ disdainful message to the Calvinists of his era. Bartok then presided over the presentation of the haggis by the sword-bearing Sloan Culver, and ceremoniously made the first cut.

Tribute was paid by Downes to several mini-dressed (tartans, of course!) young women who circulated in the crowd selling 50-50 raffle tickets and generally contributed an attractive side to the more sedate kilts of the menfolk.

Walter Mabe, the new chairman of the Warren County Board of Supervisors, dropped by and said a few words.

Among Burns’ best known “hits” is “Auld Lang Syne” published in 1788 and traditionally sung on New Year’s. was rendered last Saturday night by scores of lusty voices, during and following one of the “wee dram” toasts.

Above, the traditional Scottish haggis is ceremonially bagpiped from an upstairs dining area into the Virginia Beer Museum’s Burns’ George Washington Room, converted for the evening to the Robert Burns Room. Bagpiper Sean Patrick and ceremonial sword bearer Sloan Culver led the procession; as below Bartock brings the delicacy in for those with an adventuresome culinary streak.

Meanwhile, at local inns, pubs, and restaurants throughout the United States and most of the English-speaking world, people saluted the memory of this erstwhile Scot who penned 550 poems and songs throughout his relatively short life. The much loved “Rabbie” Burns died on January 1, 1796 at the age of 37.

He will never be forgotten.

The actual ‘Bard’, Robert Burns, at left in an 18th century print; to right, an actor ‘double’ several centuries later.

(Malcolm Barr Sr. of Rockland, who reported on this event along with Roger Bianchini – the latter noting the flow of Scotland in his maternal blood line – recalls covering a much more sedate, “posh” he called it, Burns’ night in Tynemouth, England, close to the Scottish border, in 1949. Downes’ event was Barr’s first Burns’ night celebration since that date 70 years ago, and he said it “brought back many memories” of his days as a teenage “cub” reporter in the United Kingdom.)

Seventh “Conversation of Hope” to be held on Tuesday, January 28

The WHAT MATTERS community meeting space, “Open House: Meet in the Middle” (213 E. Main Street next to the Daily Grind) serves as a meeting place for community members seeking positivity in this time of controversy for our town and county. At 7pm on the 4th Tuesday of each month, community leaders and citizens gather to engage in one hour of positive reflections and hope. This week’s conversation will focus on continuing the conversations of hope to include the local HGTV Hometown Takeover application efforts (info at: www.hgtvhometowntakeover.com and on our Facebook page, Front Royal Home Town Takeover).

During the first “Conversation of Hope” held at “Open House” in June, Chief Kahle Magalis shared a fitting quote from Ralph Waldo Emerson, “Finish each day and be done with it. You have done what you could. Some blunders and absurdities no doubt crept in; forget them as soon as you can. Tomorrow is a new day. You shall begin it serenely and with too high a spirit to be encumbered with your old nonsense.”

Comments shared throughout our times reflecting have included positive feedback about the school system, about the giving & caring individuals in our community, encouragement to focus on the positive and move forward without delay (by sharing concern but finding solutions and moving on), the acknowledgement that we have a strong sense of community that’s full of characters and memories and that we have so much potential and good energy. It has been expressed that this is a good time to be forced to confront what we love and value and to picture the past and what’s good about the area.

“This too shall pass” is often uttered as well as the fact that our community has so much to offer as a busy, active and unique area (full of outdoor assets and beauty) where people care about each other and don’t let tragedy define us. Niki Foster of the FR/WC Chamber of Commerce encouraged everyone to share the wonderful things we see and be louder than the ugly noise. Representatives of area clergy have been in attendance and said they want to support and serve, especially in these times we are facing.

Please join us on the 4th Tuesday at 7pm at 213 E. Main Street – OPEN HOUSE, to share and witness more encouraging conversations. You are guaranteed to enjoy the hour spent with a wide range of citizens, public officials, volunteers and kind souls!

*Please note that these gatherings are ones of positivity, not negativity. Politics and current events will not be discussed—instead we will remind ourselves why we love our community and provide an opportunity to briefly join together those who care together in the spirit of hope…

Are you interested in starting your own business? Maybe you’re taking over the family business. While these propositions can be exciting, they can also seem overwhelmingly daunting. That’s why LFCC is offering an Entrepreneurship Workshop to help get you off on the right foot Friday, February 21, from 9 a.m. to 3 p.m. at the Luray-Page County Center, 334 N. Hawksbill St., Luray.

The workshop is being led by LFCC Professor of Business Administration and Management Virginia Rae. Dr. Rae’s background includes co-owning a multimillion business in Northern Virginia, serving as vice president of business services for BB&T, and a position as senior level and executive management career transition consultant for the Miles LeHane Cos.

The workshop will cover the characteristics needed to be a successful entrepreneur, the importance of having a business plan, developing a mission and vision, and managing cash effectively. There will be time for lunch and networking, followed by presentations from area bankers and entrepreneurs.

In the event of closure due to snow, the event will be postponed to February 28.

DECA’s Competitive Events measure a student’s proficiency in knowledge and skills identified by marketing professionals as common academic and technical content across marketing, finance, hospitality, and business management and administration. Students compete in role-play scenarios and written tests. Students placing 1st, 2nd, or 3rd in these district events then are eligible to compete in the Virginia DECA State Leadership Conference to be held at VA Beach, February 28 – March 1.

The following students placed in their respective events:

Additionally, the students recognized as Finalists were:

Students placing at the state conference will be eligible to compete at the International DECA Conference to be held in April in Nashville, TN.

How to survive a layoff

If you’ve been laid off, it’s important to re-evaluate your finances. Here are some tips to help you manage the situation until you find another position.

Evaluate the situation
Review your savings and adjust your budget accordingly. List your recurring expenses, including those for your cable, cell phones, medications, rent and mortgage. Then, tally up what income you have, if any, and determine for how long you can make ends meet.

Decide where to cutback
You probably won’t be able to maintain the lifestyle you’re used to while you’re unemployed. Start by making sure you can cover essential costs, such as those for food, medication and shelter. Then, cut back on unnecessary spending (such as by terminating subscriptions or at least putting them on hold). You should also talk to your financial institution to see whether you can renegotiate bill and credit payments. It’s also important to avoid taking on any new debt.

Secure income sources
You’ll likely need to supplement your savings while looking for work. Don’t wait until you’re struggling to meet basic living expenses before looking into securing unemployment benefits. You may also want to consider getting a part-time job until you can find something more permanent.

For more advice, don’t hesitate to speak to someone at your financial institution, as they could help you find ways to minimize costs while you find work.

Be prepared
Experts recommend having an emergency fund with sufficient savings to let you live for three to six months. In addition, maintaining a strong professional network could make finding a new job much easier. Periodically updating your resume and attending networking events is a good idea, even if you aren’t expecting to be laid off.