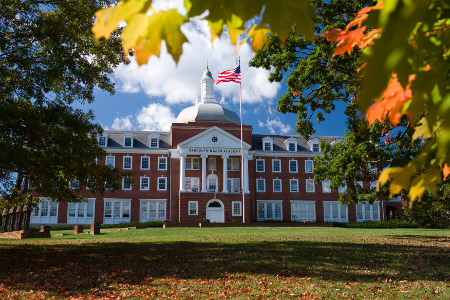 Get your tickets for the SPCA Valentine Raffle

The SPCA of Winchester, Frederick, and Clarke Counties is offering you the opportunity to own a cat and dog sweetheart painting, in a gallery frame, just in time for Valentine’s Day. Keep it for yourself or give it to the one you love. Tickets are $1 each, $5 for 10 chances, or $10 for 20 chances. Tickets are available at the SPCA adoption center (111 Featherbed Lane, Winchester, VA) during business hours.

The raffle drawing will be held February 13, 2020. Need not be present to win! All proceeds benefit the homeless and at-risk animals served through the SPCA. For more information call the SPCA at 540-662-8616.

Warren County Habitat for Humanity (WCHFH) broke ground on their new duplex build at the corner of Brown Avenue and Cherrydale Avenue in Front Royal today. Footers were dug, with foundation work to begin next week. According to WCHFH Executive Director, Jessica Priest-Cahill, the homes are expected to be completed in May. WCHFH is actively recruiting volunteers to assist on this building project. They are also seeking volunteers to work with their Critical Home Repair Program. Construction experience is not required to volunteer; experienced carpenters and tradesmen oversee and instruct volunteers on site. Any group or individual interested in volunteering should contact Jessica Priest-Cahill at (540)551-3232 or jessica@warrencountyhabitat.org.

WCHFH Board President, Amanda Slate, had this to say, “It is an exciting day for Warren County Habitat. We are looking to increase our presence and impact on the community, and the start of our newest build is just the first step on that journey.”

Warren County Habitat for Humanity is a local affiliate of Habitat for Humanity. “Driven by the vision that everyone needs a decent place to live, Habitat for Humanity began in 1976 as a grassroots effort on a community farm in southern Georgia. The Christian housing organization has since grown to become a leading global nonprofit working in local communities across all 50 states in the U.S., and in more than 70 countries. Families and individuals in need of a hand up partner with Habitat for Humanity to build or improve a place they can call home. Habitat homeowners help build their own homes alongside volunteers and pay an affordable mortgage. Through financial support, volunteering or adding a voice to support affordable housing, everyone can help families achieve the strength, stability and self-reliance they need to build better lives for themselves. Through shelter, we empower. To learn more, visit habitat.org.” (habitat.org)

The basis of those defense counsel arguments for dismissal of their clients from the civil case primarily revolved around the plaintiff’s notion of an overarching conspiracy that somehow links the various defendants to central figure and former EDA Executive Director McDonald; and that there are legally definable contractual breaches making those defendants individually liable for funds that came their way through McDonald.

At the December motions hearing christened “Groundhog Day” by one media rep present (guilty as charged) for the bulk of four-and-a-half-hours of repetitive legal arguments put forth by each defense attorney on essentially identical claims for removal of their clients from the civil case, lead plaintiff attorney Cullen Seltzer’s counter was briefer.

It has been a long EDA litigation day into night, and it’s only just begun – will we be seeing EDA ‘Night Court’ before it’s over? Royal Examiner File Photos/Roger Bianchini

That was because Seltzer’s reply was essentially a one-response-fits-all argument. That response was that there did not have to have to be direct knowledge among all defendants of each interlocking conspiracy McDonald is alleged to having been a party to, for that conspiracy to exist to the benefit of separate defendants in separate transactions. Seltzer scoffed at the idea of McDonald as “a rogue tornado” distributing EDA assets to various defendants without a general common knowledge that something illegal was transpiring to each defendant’s benefit.

“I deny each Demurrer and Plea in Bar for the reasons cited by the plaintiff,” Judge Albertson wrote in his brief, three paragraph ruling.

However, the judge also ruled that a plaintiff claim of “Breach of Fiduciary Duty” against all defendants, cited only McDonald and her former Administrative Assistant Michelle Henry for such action.

“Plaintiff alleges that this count applies to all defendants due to the conspiracy count. The manner in which this count is written, however, names only Ms. Henry and Ms. McDonald as parties that have breached this duty. I find that his count does not apply to the other defendants as written in the Amended Complaint,” the judge ruled.

The judge also continued a decision on Earth Right Energy’s “Plea in Bar and separate Motion for Sanctions” based on other arguments heard December 12. There was disagreement between ERE attorney Ryan Huttar and EDA counsel on the validity of contracts between the EDA and ERE in amounts over $10,000, which is most, if not all involved contracts.

The EDA Board of Directors meets under the executive leadership of Jennifer McDonald, center, in September 2018, about the time the Cherry Bekaert financial fraud investigation began. Who approved what, when and why??? – are likely to be long-contested questions as the various EDA civil and criminal cases grind forward in the coming year …

EDA counsel noted that any EDA transaction or contract over $10,000 had to be approved by the EDA Board of Directors, which EDA counsel stated did not happen in the Earth Right Energy cases. However, Earth Right attorney Huttar contended the company’s contracts, including a $27-million one with the Warren County Public School system negotiated while Greg Drescher was both an EDA board member and superintendent of schools, were legally binding.

It appears a decision on those arguments will require additional factual information to be brought to the court.

What is manual therapy?

Manual therapy, or manipulative therapy, uses specific exercises to assess, diagnose and treat muscles, joints and nervous tissue. This specialized form of physical therapy aims to restore mobility to the joints, improve muscle strength and flexibility, and relieve pain and tightness of the muscles.

Physical therapists use different styles of mo­vements to reduce pain in joints and to relax muscles. One such technique is mobilization, which consists of repetitive movements of small amplitude varying in speed. These ac­tions help to loosen the tissue around joints, in­crease flexibility and reduce pain. Manual the­rapy also involves soft tissue work. Fol­lowing mobilization, a physical therapist will use fast mo­vements of short amplitude to apply pres­sure to the body’s muscle tissue. This kneading helps to relax the muscles and to in­crease circulation.

Consult a physical therapist to learn about this type of treatment.

Are you thinking about adopting a pure¬bred cat? With over 70 recognized breeds, you have plenty to choose from. Here are five types adored by cat lovers everywhere.

1. Birman
Also known as the Sacred Cat of Burma, this type of feline is distinguished by its bright blue eyes, white paws and dark fur on its face, tail and ears. Extremely social, the Birman almost always wants to be where the action is.

2. Siamese
One of the oldest cat breeds in the world, Siamese cats are known for their long, lithe bodies, triangular shaped heads, distinctive markings and frequent vocalizations. They’re very intelligent and tend to bond closely with their human family members.

3. Maine coon
The largest of domestic cat breeds, the Maine coon can grow as big as some medium-sized dogs and is known for its silky coat and distinctive tail. These playful cats love to spend time with their human family but tend to be more reserved with strangers.

4. Persian
These sweet-tempered cats are prized for their long, flowing coats and their adorably squashed faces. As affectionate as they are beautiful, these cats love to spend time with their human friends. However, they require frequent grooming to prevent their fur from matting.

5. Ragdoll
This purebred cat was named for its habit of going totally limp with relaxation when picked up by an adoring human. These large cats are as happy to play as they are to curl up on a warm lap.

Like all pets, purebred felines may have specific health issues that need to be guarded against. To ensure your cat lives a long and happy life, make certain to partner with a reputable veterinarian in your community.

Should I hire an architect for my renovation project?

If you plan to renovate your home, you may be wondering if you need to hire an architect. While in some cases a designer or a contractor is the only pro required, other times, further expertise is vital. Here’s when you should hire an architect.

You’re not sure what you want
Do you want to change the layout of a room but aren’t sure how? If so, an architect can help you sort out your needs and preferences and come up with a design for the space you’ll love.

You’re making major changes
If your renovation dreams include taking down a wall or creating an entirely new space, you need an architect. They’ll ensure that your home remains structurally sound and help you obtain the proper permits.

You need help managing the project
Some people don’t have the time or expertise to oversee a project. In this case, you can hire an architect to make sure the renovation goes according to plan, from start to finish.

While smaller renovations don’t necessarily need the expertise of an architect, you’ll never regret hiring one for larger projects.