Lest we not forget. Join us as we celebrate the 102nd anniversary of the armistice ending World War I. The Giles B. Cook American Legion Post 52 hosted the event this year.  Rick Kinsey, Commander of Post 53 made the opening remarks and introduced guest speaker Laltit “Pip” Piplani, Sgt-at-Arms Post 53.

The following message is from Robert Wilkie, Secretary of Veterans Affairs:

Each Veterans Day is a remembrance set aside to honor those who have defended our country in peace and war.

On November 11th, we pause to reflect on American Veterans, men, and women who have served and sacrificed while wearing the uniforms of the Nation—ordinary Americans performing extraordinary service.

In March 1864, after almost 3 years of devastating fighting in the Civil War, Abraham Lincoln reminded the nation of the sacrifices veterans make for us all … “All that a man hath he will give his life for his country … the soldier puts his life at stake, and often yields it up in his country’s cause. The highest merit, then, is due the soldier.”

That demonstration of “highest merit” has now spanned 244 years, founded upon a singular, enduring principle—Liberty and Justice for All.

Every American is a beneficiary of veterans’ vigilance and valor, and their contributions to our way of life are incalculable. At the Department of Veterans Affairs, every day is Veterans Day. We are privileged to work to repay, in full, our country’s debt of gratitude…  to Veterans who were there when we needed them most. We represent our grateful nation in delivering to those Veterans the programs and services they earned.

In doing so, we keep faith with the promise of President Lincoln, who promised in his iconic second inaugural address to “care for him who shall have borne the battle, and for his widow, and his orphan. ” On Veterans Day 2020, we remember and honor all “champions of a noble cause” … and pledge never to forget the sacrifices they made for us.

On behalf of VA’s over 415,000 employees, I am proud to extend to America’s veterans our department’s heartfelt appreciation and thanks for your service in the formations of the United States Armed Forces.

Thank you and God Bless you all.

Before confirmation as VA Secretary, Mr. Wilkie served Secretary James Mattis as his Under Secretary of Defense for Personnel and Readiness—the principal advisor to the Secretary and Deputy Secretary of Defense for Total Force Management as it relates to readiness, National Guard and Reserve component affairs, health affairs, training, and personnel requirements and management, including equal opportunity, morale, welfare, recreation, and the quality of life for military families.

Watch the ceremony on the exclusive Royal Examiner video:

If you’re wondering how you can best honor those who served their country on Veterans Day, here are five ways you can mark the occasion on November 11.

3. Make a donation or volunteer
More than 40,000 charities in the United States support veterans and their families including Fisher House Foundation, Homes for our Troops, and Disabled American Veterans. Many of these organizations have volunteer opportunities.

Keep in mind that you can do most of these things year-round. To make a meaningful impact on the veterans in your community, continue to support and connect with them even after Veterans Day is over.

Once a Marine, always a Marine: Veterans Day is a day to remember

Note: This story was first published on November 8, 2019.

We received this email from Will Carroll at Quality Title in Front Royal. He asked, “Do you have your Veterans Day story for the Examiner?”

“If not, I have one you maybe interested in covering. A Marine friend of mine runs Veterans Fishing Adventure in Alexandria, VA, and he is taking a retired Gunny out for a fishing trip this Sunday, which is the Marine Corp’s birthday. He does this day-in and day-out for veterans of all branches. This one happens to be special, because he is a retired Gunny and it’s the Marine Corp’s birthday. My friend has the local police and fire departments to give the recipient an escort, and this time bag pipes are going to play the Marine Hymn. He also managed to get a personal letter from the current Commandant of the Marine Corps to the recipient which will be read and given to the Gunny.”

Veterans Fishing Adventure would like to invite everyone to meet Retired GySgt Darrell Stiles, USMC. Gunny Stiles is in the final stages of ALS (Lou Gehrig’s Disease). He is able to communicate by blinking and smiling. Please join them at Pohick Bay Park (6501 Pohick Bay Dr, Lorton, VA 22079) on November 10th (Marine Corp’s Birthday) at 11AM. They will be celebrating this Marine and all of his years of dedication to our country and Corp.

Veterans Fishing Adventure was started by a Marine and his daughter. They offer Veterans and their families fishing and boating trips on the Potomac River in Fairfax, VA, and Occoquan River in Lorton, VA.

They are a 100% volunteer organization and proud to offer this opportunity at no cost to those that have served our country proudly to enjoy a favorite pastime. They specialize in offering those veterans with physical limitation (wheelchair) an opportunity to participate, and allow members of the US armed forces that are disabled to take their children fishing.

For more information about the organization, or to inquire about a trip, please email us at info@veteransfishingadventure.org.

Memorial Day is chiefly a time when Americans unofficially welcome the beginning of summer, but it is also a time to  honor and remember  those who served our nation.

For Front Royal resident and WW II veteran Philip Funk, it is a time to reflect back the time he served in New Guinea and the Philippines. Mr. Funk  was preparing to leave for Japan when the nuclear bombs were dropped on Hiroshima and Nagasaki.

He spoke to Royal Examiner about his service during World War II.  We let the camera roll as Philip told his story. Sit back and enjoy almost 2 hours of a conversation with Philip “Pop” Funk:

Join us as we pay tribute to our veterans on Wednesday, November 11, with an online Veterans Day ceremony.

The Zoom event will begin at 5:30 p.m. and will feature a video honoring veterans and their families. Some of LFCC’s veterans, including biology instructor Jerome “Butch” Austin, LFCC Police Officer Brian Higgins, alumnus Jobe Wood and student Erich Galaviz, will share their personal stories and memories of their time in the service.

You can join our virtual program via Zoom at vccs.zoom.us.

LFCC is inviting the community to take an active role in supporting service members this year. You can submit a picture with the name of a veteran or veterans for a virtual wall of honor. Please include their military background and any message you would like to submit.

This virtual wall of honor will be featured during the Veterans Day presentation, and will also be available to view later. Submissions will be accepted through 5 p.m., Tuesday, November 10, through this link.

Additionally, LFCC students, staff and faculty can sign up to complete a pack of 10 holiday cards for service members as part of America’s Adopt a Solder program. Sign up between November 9 and 13 through this link.

“I’m excited to offer it across the board to the entire LFCC community this year virtually,” Lambert said. “I’m also excited that we can record it and offer it for anyone to view at a later date! The popularity of the program has grown each year, and for the past two years we’d moved it to the Barn, and it’s been packed each time.”

Both the Middletown and Fauquier campuses have their own dedicated Veterans Center where veteran students can meet with their academic advisors/school certifying officials, use free printing services, and share coffee and fellowship.

During the spring semester, about 200 veteran students were served by LFCC. Every year for the past decade, the college has been named a Military Friendly® School by Viqtory, which connects military members to civilian jobs, schooling and more.

As a Virginia Values Veterans (V3) partner, LFCC has received education and training in the best practices of recruiting, hiring and retaining employee veterans. Learn more about LFCC’s veterans services at www.lfcc.edu/veteran.

How much do you know about Veterans Day?

One way to honor those who’ve served in the armed forces is to learn about Veterans Days and the people it commemorates. Here’s a quick quiz to see if you know your stuff.

How to learn more:
Do you want to know more about American veterans and the extraordinary sacrifices they made? This Veterans Day, consider speaking with someone who served, visiting a war museum, or reading a book about American military history.

The 64th annual Commonwealth’s Veterans Day Ceremony honoring Virginia’s men and women who served in the U.S. Armed Forces will be held at the Virginia War Memorial in Richmond, 11 a.m. EST, Wednesday, November 11, 2020.

Due to current COVID-19 guidelines, attendance at the 2020 Commonwealth’s Veterans Day Ceremony is capped at 250 pre-registered guests.

Patriotic music will be provided by the 380th Army Reserve Band and the bagpipes and drums of the Combined Bands of Clan MacLeod and Benedictine College Preparatory of St. Andrew’s Legion. The program will also include recognition of winners of the Virginia War Memorial’s 2020 Veterans Day Student Essay Contest.

“One in every 12 Virginians is a veteran,” noted Dr. Clay Mountcastle, Virginia War Memorial Director. “As our Shrines of Memory, exhibits, and documentary films here at the Memorial showcase, Virginians have proudly answered the call to duty to defend and protect our nation and our commonwealth in peacetime and in war for over 250 years. Veterans Day gives all of us the opportunity to honor and thank these men and women for their service and sacrifice.”

“We regret that we must cap the number of attendees at the ceremony this year because of COVID-19 guidelines, but we encourage everyone to participate by viewing the event as we livestream and broadcast across the Commonwealth on November 11 at 11 a.m.,” said VDVS Commissioner John Maxwell.

For more information about the 2020 Commonwealth’s Veteran Day Ceremony, please visit www.vawarmemorial.org or www.dvs.virginia.gov or call 804.786.2060.

The mission of the Virginia War Memorial is to Honor Veterans, Preserve History, Educate Youth and Inspire Patriotism in All.  Dedicated in 1956, the Memorial includes the names of the nearly 12,000 Virginia heroes who made the ultimate sacrifice during World War II, Korea, Vietnam, the Persian Gulf and the Global War on Terrorism.  The Virginia War Memorial is a division of the Virginia Department of Veterans Services and serves as an integral part of its mission in support of all Virginians who have served in our military.

The Virginia War Memorial is located at 621 South Belvidere Street, Richmond, Virginia 23220.  The Memorial is open Monday through Saturdays, 9 a.m.-4 p.m. and Sundays, 12 noon to 4 p.m.  Due to current COVID-19 guidelines, visitation to the Memorial’s Galanti Education Center and Wright Pavilion are limited to 50 guests at one time. Social distancing and facemasks are required. For more information, please visit www.vawarmemorial.org. 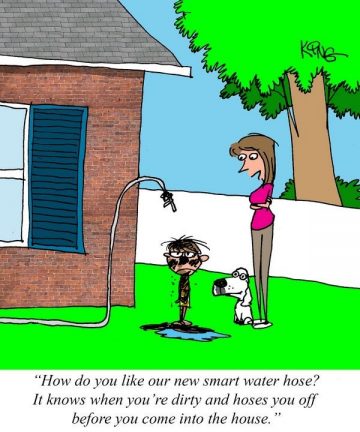 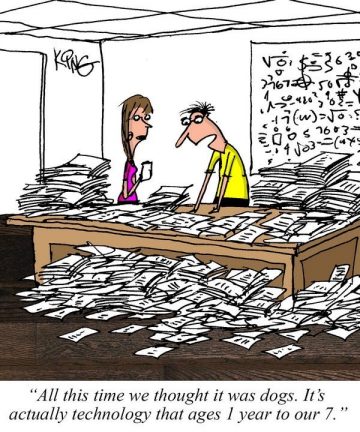 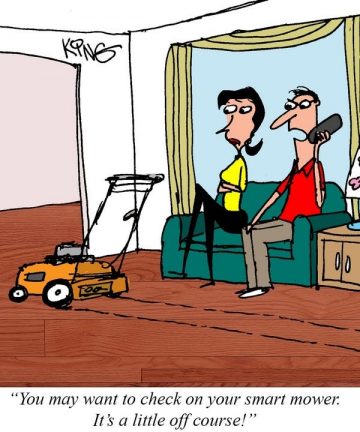 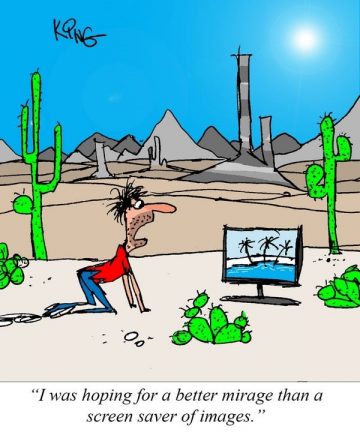 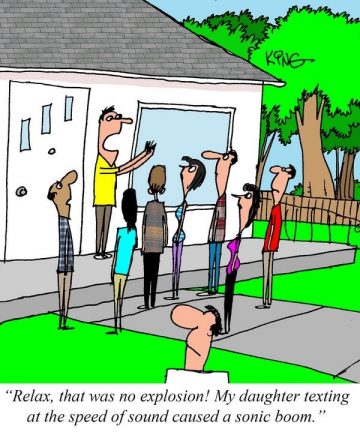 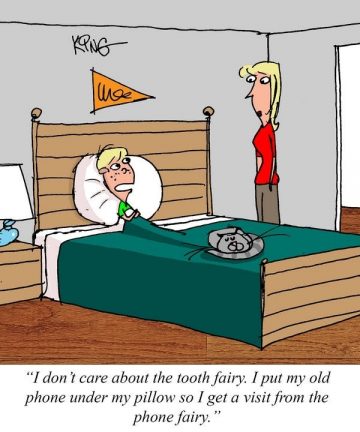 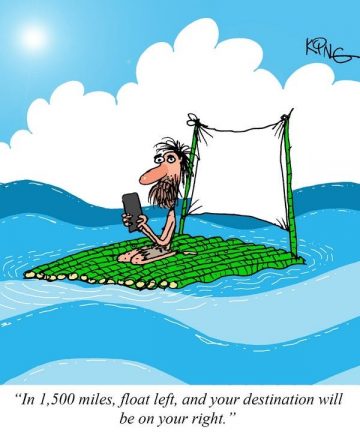 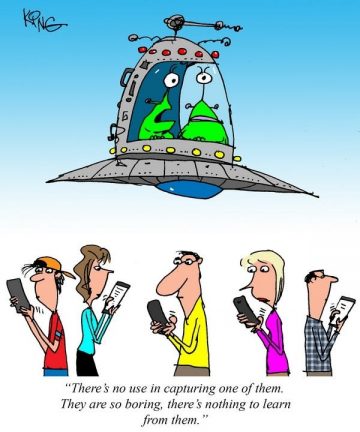 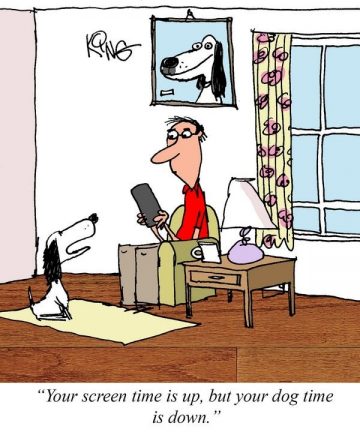 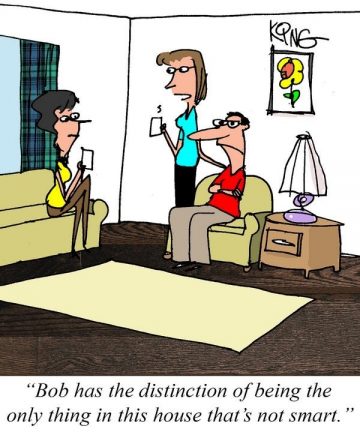 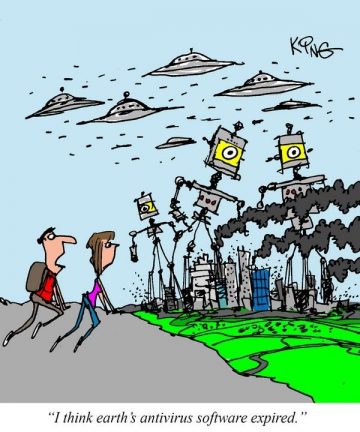 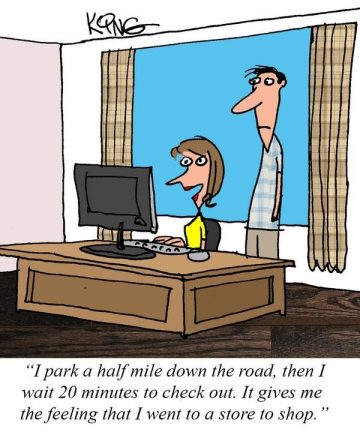 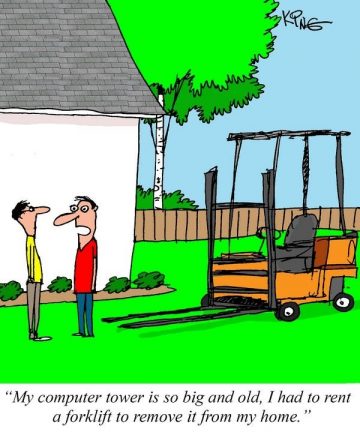 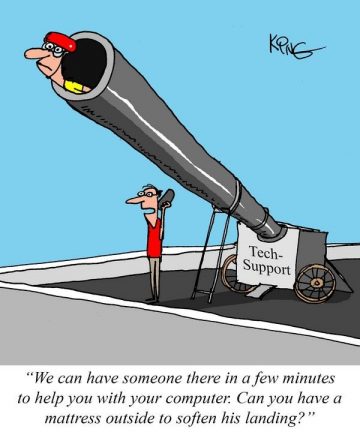 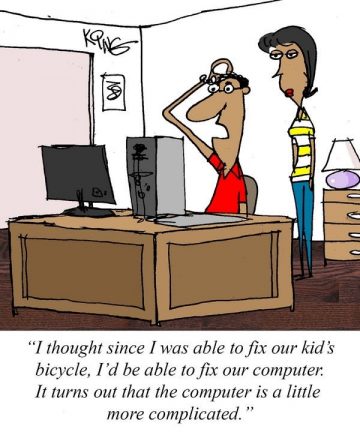 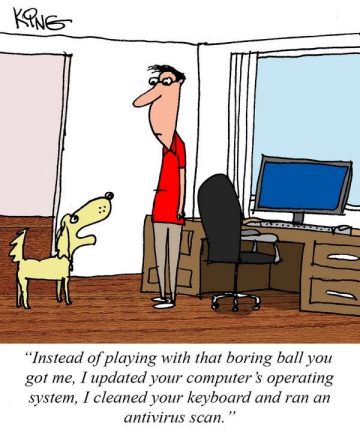 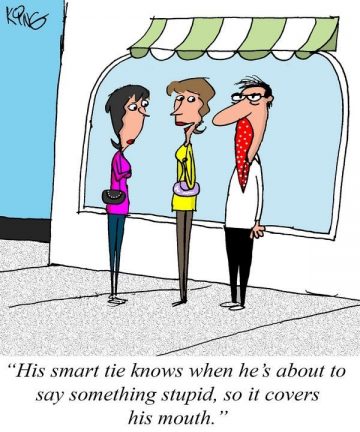 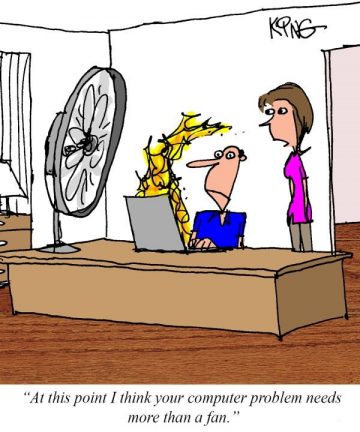 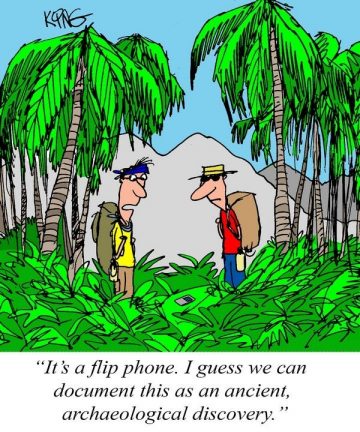 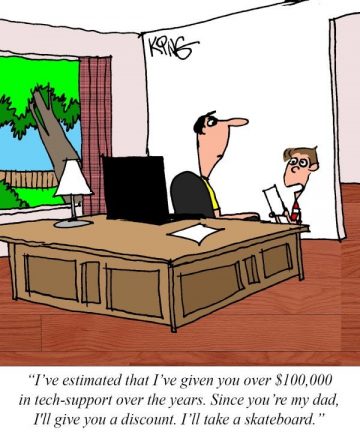 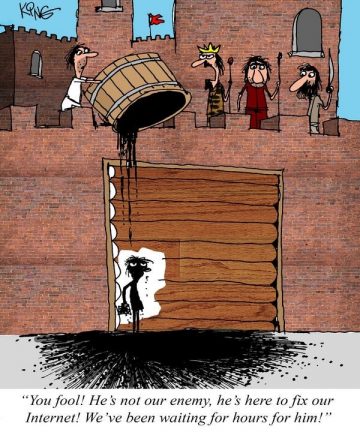 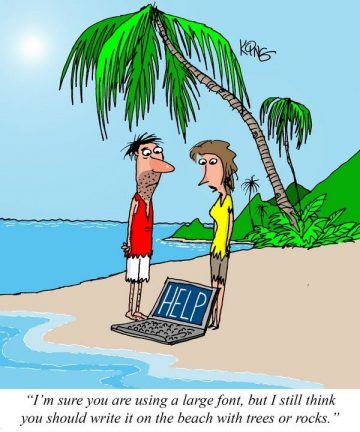 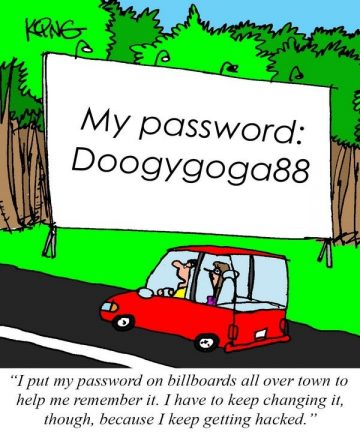 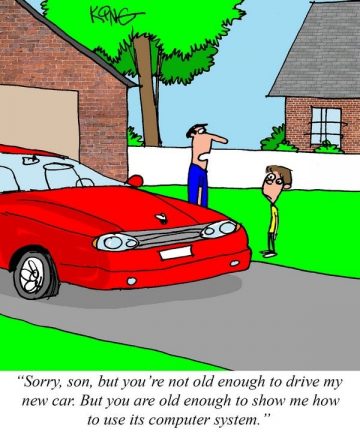 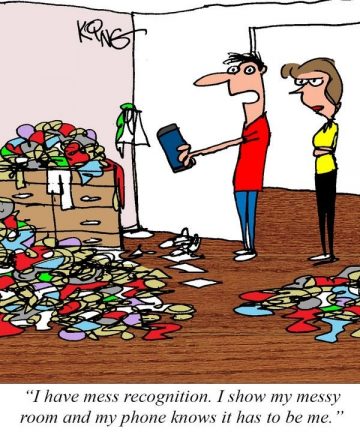 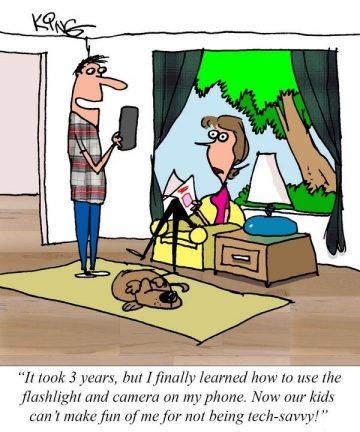 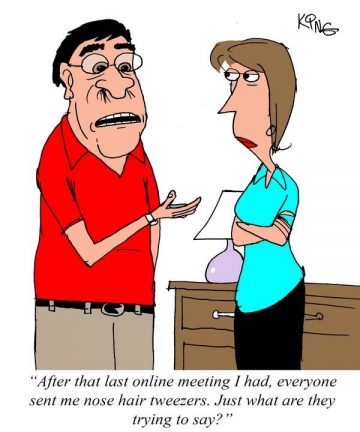 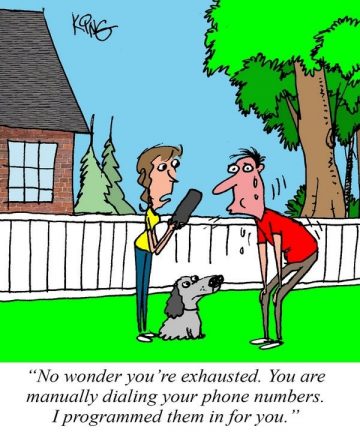 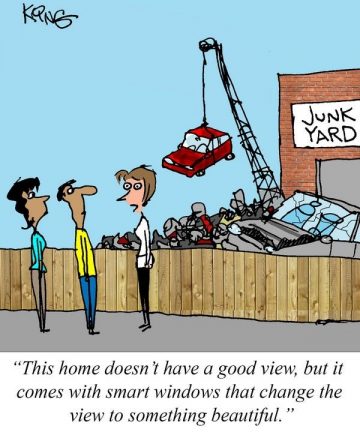 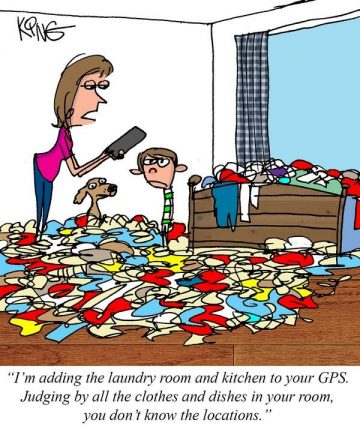 Our Annual Dragon Boat race is back and better this ever, because we’ve got some special friends joining us! Our race teams, made of local community and business groups, will be racing and raising that[...]
View Calendar