On Saturday, January 23, 2021, Front Royal Police Department (FRPD) and Warren County EMS personnel responded to the Hampton Inn, located at 9800 Winchester Road, for a report of an unresponsive 38-year-old female. The 911 caller was identified as the female’s husband, Nathaniel E. Green, III, 42, of Winchester, who remained on scene. Despite the best efforts of FRPD Units and EMS Personnel, the female was pronounced deceased on scene.

Detectives located three (3) handguns, multiple rounds of ammunition for the weapons, identifications cards belonging to Mr. Green, a pink powder and two capsules with white powder, both of which are suspected narcotics, located in the same proximity. A criminal history check revealed that Green is a convicted felon and is prohibited from possessing firearms.

Nathaniel Green was subsequently arrested without incident and transported to Rappahannock Shenandoah Warren (RSW) Regional Jail, where he went before a magistrate and is currently being held without bond. Green was charged with § 18.2- 308.2 Felon in Possession of a Firearm and § 18.2-250 Possession of a Controlled Substance. A court date for these offenses is set for March 2, 2021, at 10:00 A.M., in Warren County General District Court. Further details regarding this matter cannot be released at this time due to the pending nature of the investigation.

This investigation is ongoing and anyone with any further information is asked to contact Front Royal Police Detective L.J. Waller at (540) 636-2208 or by email at lwaller@frontroyalva.com.

The Warren County Sheriff’s Office has released details of the Monday morning search for a man being sought for the reported assault of a county woman. That release states:

“At this time William Edward Jenkins is wanted for §18.2-57.2 (Assault & Battery against a family or household member), additional charges are pending. Warren County Sheriff’s Office would like to thank Front Royal Police Department, Fauquier County Sheriff’s Office and Virginia State Police for their assistance throughout the investigation.

“Anyone with information regarding the whereabouts of William Edward Jenkins can contact Warren County Sheriff’s Office at 540-635-4128.”

(From a WCSO press release)

At approximately 9:40 a.m., Thursday, Feb. 25, 2021, the Culpeper County Sheriff’s Office responded to a request for a welfare check on an individual who resides within the 12000 block of Horseshoe Drive. When sheriff’s deputies arrived at the residence, they encountered Donald Francis Hairston, 44, in an already agitated state.

Hairston’s remains will be transported to the Office of the Medical Examiner for examination and autopsy.

No deputies or other persons were injured during the incident.

The investigation remains ongoing at this time.

On February 22, 2021, Ryan Dalletezze was sentenced to 24 months in prison, followed by 12 months of supervised release. Dalletezze was also ordered to pay restitution to the IRS in the amount of $291,579.

According to court documents, from 2013 to 2016, Ryan Dalletezze, 42, prepared tax returns through a Virginia Beach company, D&D Tax Services LLC. Dalletezze was a “ghost preparer,” in that he received money as a paid preparer but failed to report or identify himself on his customers’ returns. Dalletezze routinely claimed exemptions on his customers’ returns that were false, such as education and business expenses, energy credits, and business losses. Dalletezze’s customers had no knowledge of the fraud. Dalletezze personally received the resulting refunds and kept substantial portions for himself. The filing of these false and fraudulent returns resulted in a tax loss of over $291,000.

“In the midst of the 2020 filing season, this case is a good example of why it’s extremely important to choose a reputable return preparer,” said Kelly R. Jackson, IRS-CI Special Agent in Charge of the Washington DC Field Office. “Taxpayers should cautious of preparers who fail to review their tax return with them prior to submission to the IRS and/or refuse to sign the return as a paid return preparer.

Although most preparers provide honest and professional services, there is a small number of dishonest preparers who set up shop during filing season to steal money, personal and financial information from clients. Taxpayers can avoid falling victim to unscrupulous preparers by following important steps.

Tips when choosing a tax preparer:

For more tips on choosing a tax professional or to file a complaint against one, visit IRS.gov. Taxpayers who suspect tax violations by a person or business, may report it to the IRS using Form 3949A, Information Referral. 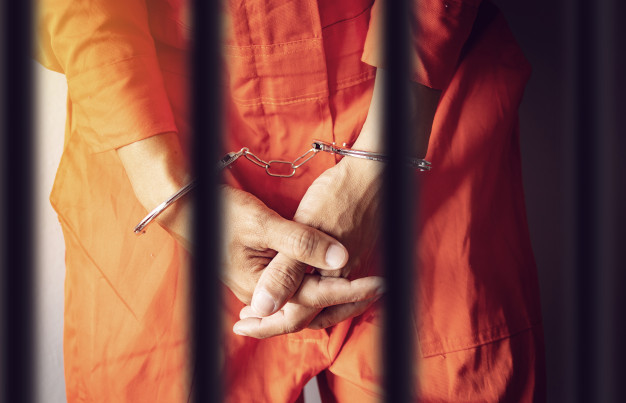 On February 10, 2021, Rama Gogineni was sentenced to eleven months in prison for failing to collect, truthfully account for, and pay over employment taxes. Gogineni was further ordered to pay restitution to the IRS in the amount of $980,219.01 and three years of supervised release after his release from prison.

According to court records, Gogineni was the president and director of Computech Systems, Inc., a technology consulting services firm in Richmond, Virginia. Gogineni was responsible for collecting, truthfully accounting for, and paying over Social Security, Medicare, and income taxes withheld from his employees’ wages.

From approximately 2007 through 2015, Gogineni failed to pay nearly one million dollars in employment taxes to the IRS. Gogineni entered into three separate installment agreements with the IRS during this time, committing to make payments, but defaulted each time. Gogineni pled guilty to these charges on September 3, 2020. Gogineni must voluntarily report to the designated institution by noon on April 30, 2021, to serve his sentence.

On Friday, Feb. 12, 2021, the Anderson Police Department in South Carolina issued a “Be On the Lookout” for three suspects wanted in connection with a homicide investigation in the city of Anderson. At approximately 1 p.m., a Virginia State Police trooper observed the suspect’s vehicle, a 2014 Ford Fusion, traveling north on Interstate 81 at the 283-mile marker in Shenandoah County. The trooper waited for additional troopers and initiated a traffic stop. The suspect’s vehicle pulled onto the right shoulder and then accelerated at a high rate of speed. A pursuit was initiated.

During the course of the pursuit, the Ford Fusion ended up heading south in the northbound lanes. The driver lost control at the 309 mile-marker in Frederick County and the Fusion ran off the left side of the roadway and went down an embankment, through a fence, and struck a tree. The suspects then fled the vehicle on foot. All three suspects were apprehended a short time later without further incident.

The driver, Frank T. Rhoads, 39, of Anderson, S.C., suffered minor injuries during the incident and was transported to Winchester Medical Center for treatment. Rhoads was then transported to Northwestern Regional Adult Detention Center and charged by Virginia State Police with one felony count of eluding police, reckless driving, and for having altered/fictitious license plates on his vehicle.

The two passengers in the Ford, Dominick M. Rhoads, 19, and William C. Flynn, 31, both of Anderson, S.C., were uninjured during the incident.

All three suspects are being held on warrants of extradition out of Anderson, South Carolina. Virginia State Police was assisted by the Frederick County Sheriff’s Office.