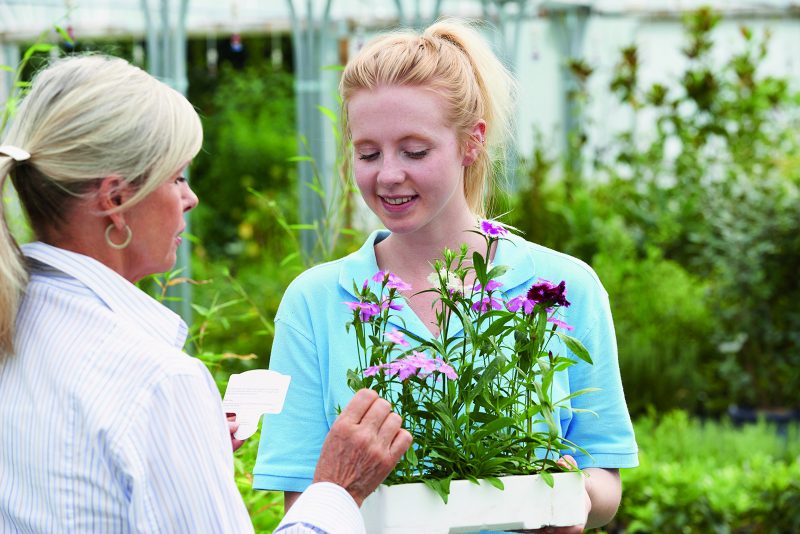 Watch this video for a quick summary of Warren County real estate for June 2020. The charts demonstrate the changes in the market, so be sure to click play!

*If you would like a copy of this report emailed to you, please send request to jenaveryrealtor@gmail.com.

On Monday, July 13, the Front Royal Town Council took several actions, for better or worse, that will shape several key future functions in coming months and years. At the top of the list was second and final reading approval – 4-1, Thompson dissenting as she did at the June 22 first reading – of creation of a new Economic Development Authority solely overseen and funded by the town government and its taxpayers.

The Town will become the first municipality in Virginia to concurrently be a part of two EDA’s. In an unprecedented example of attempting to “have your cake and sue it too”, the Town has maintained its half-century-plus, co-founding membership in the half-century-old joint County-Town EDA while civil litigating for virtually all the money the EDA is trying to recover in its initial $21.3 million civil action against its former executive director and 14 co-defendants accused of conspiring to misdirect or embezzle EDA assets.

The Town’s legal and administrative department heads may now be pondering what’s next after final approval of a new unilateral EDA to counterbalance the one the Town is suing. We know, appointment of a board of directors – they’re volunteers, so that won’t cost anything. Royal Examiner Photos/Roger Bianchini – Royal Examiner Video/Mark Williams

But at least the Town does not have to fund operational costs of the old EDA, as in EDA legal fees to fight the Town litigation, while figuring out where its operational costs for it new unilateral EDA will come from, if not a successful civil litigation against its old EDA. For as previously reported, the County took over the Town’s share of joint EDA operational funding several years ago as part of ongoing negotiations about the double taxation of town citizens. So, while the town government doesn’t have to fund the EDA’s legal defense against it, its citizens do as county taxpayers.

Also approved Monday were a Fiscal Year-2021 budget amendment authorizing receipt of $1,276,558 of the County’s $3.5 million in CARES (Coronavirus Assistance, Relief Equities and Securities) Act federal funding for COVID-19 relief for private-sector economic losses incurred due to the Coronavirus pandemic emergency management response restrictions; as well as an agreement with the Front Royal-Warren County Chamber of Commerce to manage distribution of the Town’s CARES Act funds.

The amount of money authorized to be put under the Chamber’s control was $1,176,558, $100,000 less than the total amount being transferred to Town control. According to the staff summary, that $100,000 is being put into the General Fund Contingency account to cover “COVID-19 expenses”.

‘How much is that going to cost?’ Lori Cockrell asked of administering $1.2 million of CARES Act federal COVID-19 relief funding received through the County. The interim town manager said costs should be ‘minimal’.

Questioned about those expenses by Councilwoman Lori Athey Cockrell, Interim Town Manager Matt Tederick said those costs were an “unknown” at this time, so no amount was being cited at this point in the process.

However, Tederick said he was “confident” those costs would be “minimal”.

Also approved in a series of 5-0 votes, Holloway absent, as were the CARES Act related items, were three appropriations totaling $256,981.72 for equipment upgrade purchases for the Front Royal Police Department. FRPD Chief Kahle Magalis made a detailed presentation on the need for the equipment upgrades at council’s previous work session.

Those equipment purchase authorizations were:

As Chief Magalis told council at his work session presentation, these equipment upgrades are the cost of doing law enforcement work at an optimum of communications efficiency; and self-monitoring standards that protect both the public and the department’s personnel legally.

It’s always good to be packing a little heat when you’re asking this group for a quarter million dollars in operational funding, FRPD Chief Magalis may have been thinking as he dressed for Monday’s meeting.

The agenda summary noted that the Town will pay for the car and body cameras at $32,440 annually over a five-year period. Funding for all three purchases were cited as available through existing FY-2021 FRPD budget line items.

A scheduled Closed Session to discuss unspecified “Personnel” matters was deleted from the agenda at Councilman Meza’s suggestion, due to the absence of one member, Chris Holloway.

Lori Cockrell’s request to then add a Closed Session to discuss the Town’s litigation against the County-Town Economic Development Authority was rejected for not receiving the required unanimous vote to alter the advertised agenda. Councilwoman Letasha Thompson explained she would oppose the addition on the same grounds council had agreed to remove the scheduled Closed Session, Holloway’s absence preventing consideration by the full council.

E.J. Swindell and Jorge Guerrero are recognized by the Town Manager as Town ‘Stars of the Month’ for work ‘above and beyond’ in gathering up wind-blown recycling in the Ay-View Estates subdivision.

The final agenda item was unanimous approval of a Resolution of support for a Town “Employee Appreciation Day” to be this Wednesday, July 15. The resolution cited the ongoing contributions of the Town’s remaining 168 part and full-time employees, particularly during upheavals in normal service resulting from the COVID-19 Coronavirus pandemic emergency management response. Staff will be honored with a Town-hosted luncheon tomorrow to mark Employee Appreciation Day.

As his children and new chief watch, Scott Baker is introduced and pinned – carefully – by his wife as FRPD’s newest officer. Baker came over from the WC Sheriff’s Office investigations division.

See the staff summaries, discussion and votes on these matters, as well as Stars of the Month Employee recognitions to the Solid Waste Department’s EJ Swindell and Jorge Guerrero for work “above and beyond”; and the departmental “pinning” by his wife, of FRPD’s newest Officer Scott Baker; and public presentations on town road infrastructure/pothole issues (Mike McCool), trash accumulation and overflow at the County Dog Park in town (Betty Showers), and another 2nd Amendment Sanctuary initiative seeking to shield citizens from State-enacted gun laws presented to council (Paul Aldridge) in this Royal Examiner video:

How to liven up gray-painted rooms 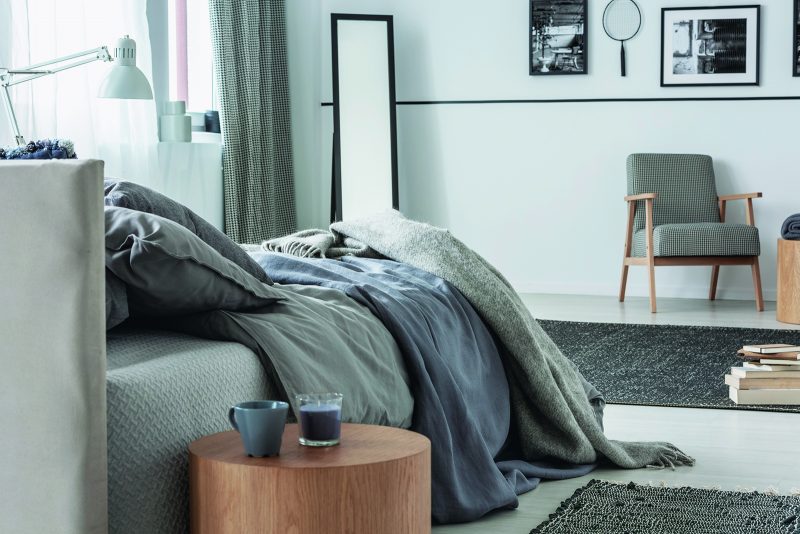 Gray is a common wall color because it works well with most home decor styles. However, sometimes painting a room this color can make it look cold and sterile. Here’s how to ensure your gray-painted interior is warm and inviting.

Use the right materials
Introduce warmth and depth to a gray room by styling it with items made of natural materials. Choose rattan, wicker, wool, and linen for your furniture and decorative items. Wood is a good choice for tables, chairs, and floors. Including plants will add life and color to space.


In order to add interest to your gray interior, choose one or two accent colors. If you prefer a soft look, opt for pastel tones such as blush pink, butter yellow or sky blue. If you prefer to make a statement, consider neon or jewel tones. When used minimally in an otherwise neutral room, they won’t be overwhelming.

Lastly, be sure to choose a neutral gray with no warm or cool undertones. This will guarantee that your walls match everything, allowing you to change your decor without repainting.

How to organize a backyard summer bash

From picnics by the pool to barbecues and corn roasts, outdoor summer parties are a highlight of the season. If you’re planning your own event, you’ll need to prepare for it. Here are a few steps to follow when hosting an outdoor gathering.

Set the mood
Whether you’re celebrating a special occasion or hosting a casual event, decorations can help set the right mood. Balloons, streamers, paper lanterns, floral arrangements, tiki torches, and lawn ornaments can all be used to good effect. Additionally, be sure to provide sufficient seating for your guests. If you plan to keep the party going after sunset, stairs and walkways should be well lit with lanterns or string lights.


It’s a good idea to provide entertainment for adult guests and their children. This can include setting up a bubble station, a bean bag toss, a horseshoe pit, a volleyball net, or buckets of water balloons. A campfire is a great way to wrap up the evening, especially if some of your guests are willing to bring a musical instrument like a guitar, ukulele, or harmonica.

Prepare the food
Once you’ve decided on a menu, make sure you have the means to keep the food you want to serve at the right temperature. You’ll need a cooler for drinks and a slow cooker or warming tray for dishes best enjoyed hot. Place vegetable platters and salads over ice to keep them chilled.

Check the weather
Rent a few umbrellas or a party tent. This way you can offer shade if it’s sunny and shelter if it rains. Inflatable kiddie pools will help keep your guests comfortable on a hot day, and patio heaters are ideal for a cool evening. You should also securely fasten tablecloths and decorations in case it gets windy.

Finally, remember to be courteous and invite your neighbors to join the fun. They’re less likely to be disturbed by your event if they’re guests.

How to become a birdwatcher

Are you looking for a hobby now that you’re retired? If so, then birdwatching could be a great fit.

All you need are binoculars, a species identification guide, a notebook, and a good pair of walking shoes. This makes birding an affordable pastime. Plus, you can do it anywhere, from urban parks to forest trails. You can even take up birding in your own backyard.

Since many species migrate, the types of birds that are active in your area will vary with the seasons. This makes birdwatching an interesting hobby year-round. All it takes is patience, a keen eye, and some free time.

If you’re ready to give it a try, consider joining a local birdwatching club. You’ll be able to access a wealth of knowledge, which will make your next excursion all the more enriching.

Additionally, there are numerous publications and online resources you can consult to get more information about birding.