John was born on April 8th, 1935 in Bridgewater Virginia. He joined the US Marine Corp in August of 1954 earning the rank of Sargent in 3 years of honored service. Following his service to his country, John worked tirelessly in a variety of jobs until earning a store management position with A&P Corp., after which he retired after 32 years. Following what was thought to be John’s retirement he joined his son in Front Royal to run his hardware store until he gained employment with the Warren County Sherriff’s Dept., his life’s desire to be in law enforcement.

John worked as the transportation officer and court bailiff and was honored to serve on the Department’s Honor Guard. He retired from his 2nd career with 24 years of service with the Sherriff’s Dept.

John was active and a sportsman his entire life. In John’s early life he played several years with the Rockingham County Baseball League and in 2014 was honored to be inducted into the Rockingham County Hall of Fame. Following John’s first retirement from A&P in 1989 he took up Golf and once again mastered the sport playing 1–3 times weekly, having his Best Game Ever 4 days prior to his passing. In addition to his active golf hobby, John made sure there was never a dirty car in his presence and the yard could only exist if it was perfect. John and Betty have enjoyed their fellowship at Front Royal First Baptist Church.

A heartfelt thank you to our church family, especially to Pastor Christie, for her comfort and love during this difficult time.

Johnny, John, Dad, and Papa is guilty of being humble man, earnest man, and always putting his family first. His guidance provided while raising his family, his good work ethic, and his loving way will live in each of us forever and in those, he has influenced.

A memorial service will be held on Saturday, July 2 at 1:00 pm at the Front Royal Church of the Brethren with Pastors Bobby and Diann Whetzel officiating. Interment will be private.

Mrs. Jones was born in Boyer, West Virginia, the daughter of the late Charles and Virgie Andrick. She was also preceded in death by her husband, John Paul Jones, and eight brothers and sisters.

After retirement from Avtex Fibers, she enjoyed her flowers, gardening, travel, and browsing antique and thrift shops.

The family will receive friends on Saturday, July 2, one hour prior to the service at the church.

In lieu of flowers, memorial contributions may be made to the Humane Society of Warren County, 1245 Progress Drive, Front Royal, Virginia 22630, or the American Heart Association, P.O. Box 840692, Dallas, Texas 75284. 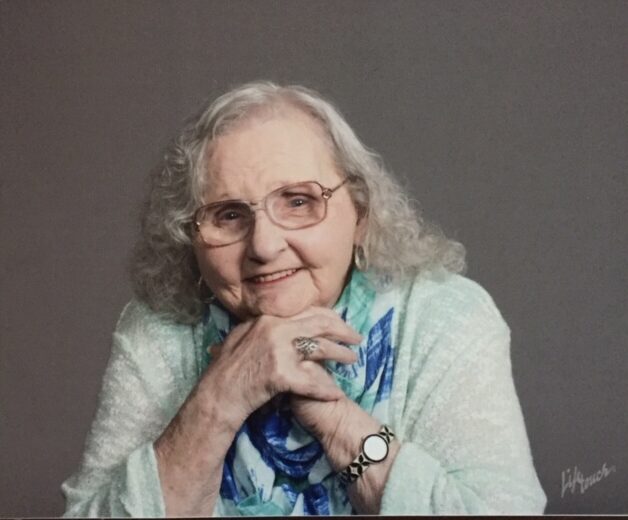 A funeral service will be held for Lillie at 1:00 p on Wednesday, June 29, 2022, at the Front Royal Church of the Nazarene with Pastor Steve Guizar officiating. Following the service, the entombment will take place at Shenandoah Memorial Park. Guests are welcome to visit with the family one hour prior to the service.

Lillie was born on July 6, 1936, in Charlottesville, Virginia to the late James and Refa Blakely. She was also preceded in death by her husband, Raymond Eshelman; her children, Sandy, Margie, James, and Jerry; and her siblings, Helen, Jim, Sam, Paul, and Connie.

Lillie was a member of the Front Royal Church of the Nazarene where she received an award for her distinguished services. She was a prolific writer and a Seamstress for many years.

In lieu of flowers, memorial contributions may be made to the Front Royal Church of the Nazarene at 1107 Monroe Avenue, Front Royal, Virginia 22630 to go towards the Nazarene Compassionate Ministries program.

She is the granddaughter of the late James E Newman, founder and first lawyer in 1894 to Cairo, West Virginia. Her father was a law clerk in Warren County. She was a very active member of Williams Chapel Christian Methodist Episcopal Church for over 89 years and served as an usher for 40 years, where she received awards for Faithful Service and Devotion, Appreciation, Love, Faithfulness, and Commitment and Usher of the Month. She worked alongside her mother who was a cook at the Afton Inn and the Strasburg Hotel. Mrs. Jackson worked for the Maddox Family for many years. She had an effervescent personality and was known to everyone for her style and class. The distinction of spiritual mother of her church and her church family brought her a lot of joy. She had a deep love and devotion for her husband of 41 years and was dedicated to her family, friends, and the community.

She is survived by four generations of nieces and nephews.

The family will receive friends one hour prior to the service at the funeral home.

In lieu of flowers memorial donations may be made to Williams Chapel C.M.E. Church, PO Box 279, Front Royal, VA 22630 or by Zelle, wmschapelfrva@gmail.com or by cash app, $wmschapelfrva.

Gabrielle was born on July 14, 1961, in Richmond, Virginia, to the late Clifford and Tamara Behrens Tuttle. She graduated in 1985 from St. Andrew’s School in Boca Raton, Florida, and in 1990 from Christendom College in Front Royal. Gabrielle was a member of St. John the Baptist Catholic Church and of Legion of Mary. She spent many years working with Seton Home School and enjoyed researching her family genealogy.

Gabrielle is survived by her two sisters, Ann Leslie Trumbo (Oliver) and Susan Barton Tuttle, and a niece, Ann French Trumbo, all of New York.

Memorial donations may be made to St. John the Baptist Catholic Church.

A funeral service will be held for Rusty at 2:00 pm on Saturday, June 25, 2022, at Front Royal Baptist Temple, 25th W 18th St. Front Royal, Virginia with Pastor Carl Menefee officiating. The burial will follow all services at Prospect Hill Cemetery.

Rusty was born in Winchester, Virginia to his mother, Esther Cole, and his late father, Johnie Manuel. He is also preceded in death by his step-brother, Pete Manuel.

Rusty was a devout member of Front Royal Baptist Temple and was a great friend to Pastor Danny Clegg and Betty Clegg. He was a charter member for Front Royal Baptist Temple and made many friends and loved ones there over many years. Rusty worked at Ferguson Enterprise for 20 years and prior to moving to Front Royal, he was a certified lumber grader for Plum Creek Saw Mill in Columbia Falls, Montana. Rusty loved all of his Montana friends and work buddies. His favorite hobbies were hunting, gardening, and blacksmithing. He also served as a fireman in Olney, Montana

Honorary Pallbearers will be Vic Mowery and Zsolt Vezsenyi.

Memorial Contributions may be made to the Front Royal Baptist Temple and the family would like to thank everyone who has sent them cards and given them phone calls. Also, the family offers a big thanks to the amazing health care team at Warren Memorial Hospital.

A celebration of life will be held at a later date.

Mr. Martin was born on February 10, 1965, in Leesburg, Virginia. He was preceded in death by his mother, Carol Martin, and his sister, Lisa Patterson. He was a veteran of the US Army. He worked with Grafton for over 15 years and currently with TEENS, Inc. He had a passion for helping young people.

In lieu of flowers, memorial donations may be made to Maddox Funeral Home to assist with funeral expenses, 105 West Main Street, Front Royal, VA 22630.