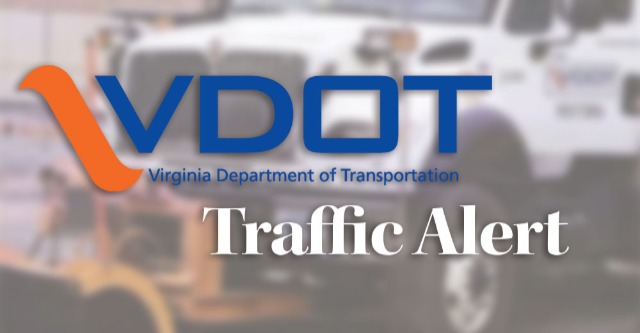 The VDOT Customer Service Center can assist with reporting road hazards, asking transportation questions, or getting information related to Virginia’s roads. Call 800-FOR- ROAD (800-367-7623) or use its mobile-friendly website at https://my.vdot.virginia.gov/. Agents are available 24 hours-a-day, seven days a week.

Early Friday evening Warren County Fire Marshal Gerry Maiatico responded to Royal Examiner’s inquiry on details of the train derailment in the Linden area of eastern Warren County that morning. Maiatico said that “proper authorities”, likely as in a national and/or state transportation oversight agency, would conduct the accident investigation, so declined to theorize on a cause of the derailment.

Royal Examiner is awaiting a response from Norfolk Southern Railroad on a request for additional information on the accident investigation and cleanup of the scene.

As for the number of involved railcars, the county fire marshal explained, “The train consisted of five locomotives and 44 railcars. The five locomotives carry a large quantity of fuel and various other fluids that can be potentially hazardous when released. The fuel tanks and other containers holding liquids in the locomotives remained intact and did not rupture in the derailment.”

As can be seen in Royal Examiner’s exclusive video of the accident scene, while derailed the five-unit train engine complex remained upright.

In these still images from our video at scene, above, you can see the slightly listing lead engine and trailing locomotive cars remaining upright though derailed; below, a closer look at the start of the derailment behind the engine apparatus. Royal Examiner Video/Mark Williams

“Of the 14 cars that left the track, all but two were empty. The two with cargo consisted of a wood and plastic product,” Maiatico added.

As to the “limited hazardous materials” reported to have been carried by railcars not involved in the derailment, Maiatico said, “Several cars that remained on the track behind the 14 derailed cars were transporting various materials meeting the classification of hazardous. These cars have been removed from the area by disconnecting and transporting away on the unaffected track.”

We will continue to update this story as additional information becomes available through investigative agencies and Norfolk Southern Railroad.

Sheriff’s Office adds to train derailment information; Route 55 could be closed various times over the weekend

About two weeks ago, volunteers from our community planted the first Victory Garden here in Front Royal. Our publisher Mike McCool stopped by the garden Saturday, May 30, 2020 to check on the progress. He spoke with Fern Vasquez one of the organizers of the Victory Garden.

The volunteers have formed an organization called CHEO. It stands for Citizens Helping Each Other. Click here to reach their Facebook page.

CHEO is looking for volunteers to water and weed in the garden. You must have a signed waiver on file to volunteer in the garden. Waiver forms are available at Fussell Florists or by e-mailing CHEOcommunitygarden@gmail.com.

Community gardens help everyone of all ages to come together, participate, contribute, and get a sense of pride in helping one another. CHEO (Citizens Helping Each Other) Front Royal is a group of citizens, working with the support of the County leadership, to help our neighbors in need and promote unity in our community. 2020 sees the launch of the Pandemic Victory Garden Program. CHEO is not a program of local government. CHEO is an alliance of private citizens and community service groups.

See the first story on our Community Victory Garden.

Sheriff’s Office adds to train derailment information; Route 55 could be closed various times over the weekend

A Warren County Sheriff’s Office Press Release on the Linden train derailment was distributed from the County Administration Office at 12:19 p.m. Friday. That release presented some seemingly contradictory information on the number of train cars being pulled by the involved five-locomotive engine apparatus. The sheriff’s office release cited 12 cars, as opposed to the 50 mentioned, with 14 leaving the tracks, in an “Incident Report” posted earlier on the Warren County Fire & Rescue Facebook page.

Calls to the Sheriff’s Office and Fire & Rescue to attempt to clarify the discrepancy prior to publication were unsuccessful.

Sheriff Butler asks that drivers consider using an alternate route instead of Route 55 toward Linden. Watch for detours and stopped traffic in that area.

Here is the WCSO release in its entirety:

“An inter-agency response that included members from the Warren County Sheriff’s Office, Warren County Fire & Rescue, Virginia State Police (VSP), and Norfolk Southern Railroad (NSR) occurred on Friday, May 29, 2020 at approximately 8:52 AM due to a train derailment.

“The train consisted of five locomotives and twelve cars, mostly empty at the time of the incident. No fire or explosion occurred, no hazardous materials were involved, and no injuries were reported. The cause of the incident is undetermined at this time; however, it is under investigation by the VSP and NSR.

“As of 10:15 AM, the derailment did not affect vehicular traffic on major County roads or the interstate. The only affected area consisted of four small roadways in proximity to the incident. These roads are Pickrell Drive, Keyser Wood Lane, Winona Drive, and Red Barn Lane. There are approximately ten residences in that area, all have been notified by the Warren County 911 Center by use of the reverse 911 System and RAVE alert system.

“The time for reopening of all roadways is estimated to be between 08:00 and 10:00 PM this evening. Updates to follow if this time changes.”

LFCC will celebrate its graduates at 1 p.m., Saturday, June 6, with a virtual commencement ceremony. The ceremony will feature the national anthem, remarks from President Kim Blosser, a student speaker, student awards and the conferring of degrees.

LFCC student Rebecca Hoffman will perform the national anthem, which will be followed by remarks from President Blosser and the presentation of the Outstanding Graduate Awards for the Fauquier Campus and the Middletown Campus. A faculty member from each campus will also address the Class of 2020.

Graduates’ names will scroll across the screen, and throughout the video, photos of those who submitted them will be shown. The college provided free mortarboards and tassels to all those students who RSVP’d to attend the virtual graduation ceremony.

LFC has never had a commencement ceremony like this one before, President Blosser noted.

“The saddest announcement I’ve had to make over the past few months was that we wouldn’t be able to gather together in person to celebrate the most special college event of all – commencement,” she said. “But, despite the physical restrictions, all of us at LFCC have worked hard to create a meaningful way to commemorate your hard work and accomplishments. We hope our graduates will gather together with their loved ones – in person or remotely – to watch the ceremony together. While we won’t be together in person for a traditional commencement ceremony, please know that all the faculty, staff, and your fellow students, are celebrating your accomplishments and wishing you the best.”

The Class of 2020 consists of nearly 1,300 students. Below is the number of graduates per service region:

Emma Revis is one of the graduates who submitted a photo for LFCC’s virtual commencement ceremony.

LFCC is also naming two professors emeriti for all they have done to serve the college and its students:

Nursing graduates will have a virtual pinning ceremony that will go live on the site at 1 p.m., Sunday, June 7.

Just prior to 9 a.m., Friday morning, May 29, Warren County Fire & Rescue responded to a report of a train derailment in the 4000 block of John Marshall Highway/Route 55 East of Front Royal in the Linden area of Warren County. A notice of the incident was posted shortly after 10 a.m. on the county fire & rescue Facebook page.

County Emergency Services reported no injuries or public health threat from the derailed cars. According to the department’s initial “Incident Notice”, first responders found all five locomotives and 14 of 50 rail cars being pulled, derailed. However, traffic in the area was not impacted.

So, it was determined there was no immediate public health threat from the derailment.

Both the Warren County Sheriff’s Office and Virginia State Police, as well as Norfolk Southern Railroad personnel were assisting at the scene. Those units were awaiting the arrival of additional Norfolk Southern personnel to begin the cleanup.

Additional information on the cause of the derailment, what the “limited hazardous materials” were, and the cleanup process will be reported as it becomes available.

Following is the entirety of the original Warren County Fire & Rescue “Incident Notice” posted on the department’s Facebook page shortly after 10 a.m.

“The Department of Fire and Rescue Services, Warren County Sheriff’s Office, Virginia State Police, and Norfolk Southern Railroad are currently operating on the scene of a train derailment in the area of the 4000 blocks of John Marshall Highway. There is currently no threat or danger to the community.

“At 8:57 AM, the Department of Fire and Rescue Services responded to a reported train derailment in the 4000 blocks of John Marshall Highway. Units arrived on the scene to discover 5 locomotives pulling approximately 50 rail cars. Five locomotives and 14 cars left the track and derailed, leaving the remaining cars on the track.

“Units are currently awaiting the response of Norfolk Southern Railroad to begin the cleanup process.

“Citizens are urged to stay clear of the area, no traffic is effected at this time.”

The Governor said that earliest the state could enter Phase Two would be Friday, June 5. Phase Two would look like this: stay at home for vulnerable populations, no social gatherings of more than 50 individuals, continued social distancing, continued teleworking, face coverings in public, and further easing business limitations.

Exceptions will be allowed, including while eating or drinking, exercising, those with trouble breathing or health issues, and children under age 10. The governor stated enforcement would be done through the Virginia Department of Health, not by local Sheriff or Police.