Millions of people around the world start their days not with a shower or a cup of coffee, but with the latest daily Wordle puzzle. If you haven’t played it, you’ve probably heard of it or at least seen it on social media — a series of green, black and yellow boxes denoting how well players perform with each puzzle. Loyal fans of the game aren’t just showing off their word game prowess — they’re giving their brains a daily boost, too.

In an interview with Healthline, neurologist Douglas Scharre, M.D., says that daily problem-solving challenges like Wordle or crossword puzzles are great for brain health. According to Scharre, a neurologist at The Ohio State University Wexner Medical Center, puzzles and games keep the brain active and help prevent cognitive decline due to age. New puzzles are even better for giving your brain a daily workout.

According to a study published in the International Journal of Geriatric Psychiatry, puzzles like Wordle can improve memory, attention, the executive function of the brain, and information processing.

According to The Ohio State University, anyone with cognitive issues could potentially benefit from games like Wordle, including people with conditions like head trauma, stroke, sleep apnea, and conditions that diminish attention.

Related Topics:cognitive health
Up Next

How a school psychologist can help your child

This sneak thief can be arrested

This sneak thief doesn’t lift your wallet or abscond with the silverware. Instead, it can steal your vision.

More than 3 million Americans aged 40 and older have glaucoma. There are no early symptoms, and about half of people who have it don’t know it.

Primary open-angle glaucoma progresses without a clue until the condition reaches an advanced stage. As increased eye pressure damages the optic nerve, the patient begins to lose peripheral vision. If left untreated, tunnel vision develops, and eventually, all sight is lost.

Optic nerve damage occurs with high intraocular pressure but can also occur with normal or even below-normal eye pressure. Glaucoma can’t be cured, and damage caused by the disease can’t be reversed. But with treatment, glaucoma can be controlled. Eyedrops, oral medications, and surgical procedures can prevent or slow the damage. An annual test is recommended.

Glaucoma can be diagnosed with an instant, painless test done by your eye doctor or optician.

Ophthalmologists have more sophisticated testing methods, which are usually used when the results of the first tests are questionable.

If you are among the one-in-four people who are sensitive to pollens or mold spores, remember these ways to fight mother nature.

1. Stay inside most of the time between 9 a.m. and sunset. Doctors at the National Jewish Medical and Research Center in Denver say that thermal currents and winds toss ragweed pollen and mold spores around in the air during the day.

3. Go out after a downpour. Heavy rains wash pollen away. Stay inside after light rain, which could worsen the pollen situation.

4. Check your local air quality. Pollution makes allergies worse. If there is a pollution alert, stay inside as much as possible.

5. Use your air conditioner. It recirculates air instead of bringing pollen-laden air inside. Change the filter frequently. Use the air conditioner in your car as well.

6. Use a dehumidifier in damp areas to fight mold. Wash the shower curtain and bath rugs frequently.

7. Talk to your doctor. If your medication is barely keeping up with the high pollen count, ask if you can increase it.

Work with your doctor to determine which medication is best for you. Often, people have to try two or three before finding the one that works best for them.
The editors of Prevention magazine say hypnosis may decrease the effects of allergies. The allergies are not psychosomatic, but studies show that the mind controls more of your physical responses than many doctors or patients realize.

Stick to low-fat or fat-free dairy, nutrition guidelines frequently advise and receive all the nutritional benefits of dairy (like calcium and protein) without the saturated fat that can raise cholesterol and lead to heart attacks and strokes.

For decades, that was advice from venerable sources like the American Heart Association, the American College of Cardiology, and even the United States Department of Agriculture. But newer research suggests that fat in dairy isn’t necessarily bad — and could offer some useful benefits.

In a 2020 literature review published in the journal Advances in Nutrition, researchers concluded that instead of increasing risk factors for cardiometabolic health conditions like heart diseases or type 2 diabetes, full-fat dairy was associated with neutral or improved outcomes. Another study, published in 2021 in the American Journal of Clinical Nutrition, found that among 73 patients with metabolic syndrome, eating at least three servings of full-fat dairy each day had no effect on their blood pressure or cholesterol compared to other patients who avoided dairy or consumed reduced or fat-free versions.

Researchers are still trying to figure out how full-fat dairy works and who is most likely to benefit. According to the British Heart Foundation, the nutrients found in milk may work in combination to confer health benefits. According to National Public Radio, the higher fat content may also increase satiety, which can lead to eating less overall.

The global home fitness equipment market is big business — more than $10 billion in 2020, according to Fortune Business Insights, with years of continued growth expected.

For health-conscious consumers, this means more options than ever before. But exercisers should be cautious — some available gadgets do nothing, or worse, can put their safety at risk. Some of the most famous offenders include:

There are no shortcuts when it comes to fitness, so exercisers should be skeptical of any gadget that relies on a gimmicky approach or promises dramatic results with minimal time and effort. And despite what manufacturers may want consumers to believe, fitness equipment — even useful, versatile items like dumbbells and jump ropes — aren’t necessary to get an effective workout. For many at-home fitness enthusiasts, the only necessary items are a comfortable pair of shoes and a good workout playlist.

If you wonder how safe it is to ride a roller coaster, you should probably worry less about the hardware and more about the software in your body.

Most accidents, injuries, and fatalities are not from mechanical failure but from medical conditions.

The Formula Rossa roller coaster in Abu Dhabi reaches top speeds of 149 mph in five seconds. That’s the fastest coaster in the world.

You should literally not ride it — or any other roller coaster, for that matter — if you have heart disease.

In fact, a scientific study of roller coaster fatalities in the U.S. found that most deaths were from medical conditions caused or exacerbated by riding a coaster.

Of the 29 patrons who died during the 10-year period ending in May 2004, 18 died from medical conditions, and 15 were cardiac problems or intracranial hemorrhages. Just 11 were from external causes such as falls or collisions.

A 2017 study published in the Journal of Neurotrauma found that coasters did not present an immediate risk of acute brain injury (although they didn’t do the test on subjects riding the Formula Rossa). In fact, researchers found that brain strain during roller coaster rides was similar to running and lower than soccer head hits.

Another study suggests that if you have a bad back, you might skip the coaster. Neck and back injuries are not unknown, but it depends on the person, according to a study published in the Archives of Physical Medicine and Rehabilitation.

That study looked at roller coaster injuries during a 19-month period in 1992. There were a total of 656 neck and back injuries among the 932,000 riders of the coaster studied. Of those injuries, 72 percent had a cervical disk injury.

As you age, you may notice minor changes in your overall health. While some symptoms are a normal part of aging, others require immediate attention. Here are four changes in your health you should never ignore.

1. A wound that won’t heal
Do you have a wound that’s slow to heal? If so, it may be a good idea to see your doctor. If you have a low-grade fever or the injury becomes red and increasingly painful, seek immediate help.

2. An abnormal presence of blood
Unless you have a known medical condition, you must alert your doctor if you notice blood in your stool, urine, or spit. If the bleeding is new or recurring and accompanied by other symptoms, go to the emergency room right away.

3. Unusual stomach pain
Abdominal pain that increases gradually lasts a long time or appears suddenly should be taken seriously. If this is happening to you, visit your doctor. They may refer you to a gastroenterologist for further testing.

4. Increasing shortness of breath
Shortness of breath that prevents you from doing everyday activities like climbing stairs and going on walks should be investigated. This could be a sign of a serious health problem, especially if accompanied by a fever or chest pain.

If you have any doubts, don’t hesitate to consult a health care professional. 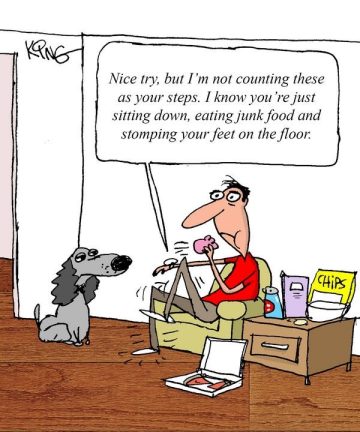 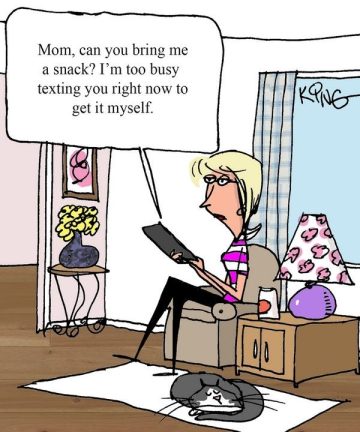 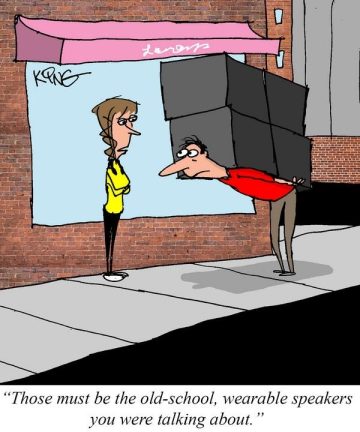 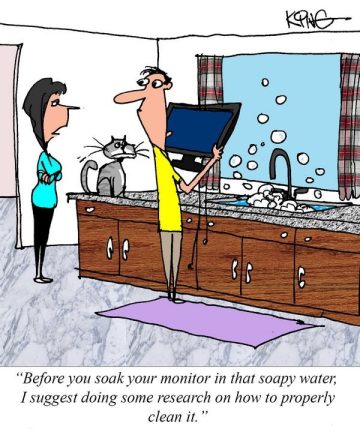 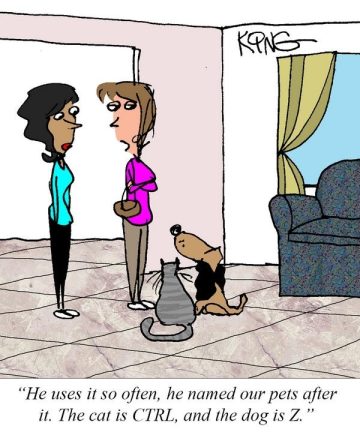 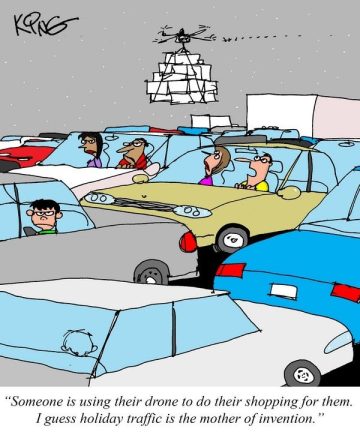 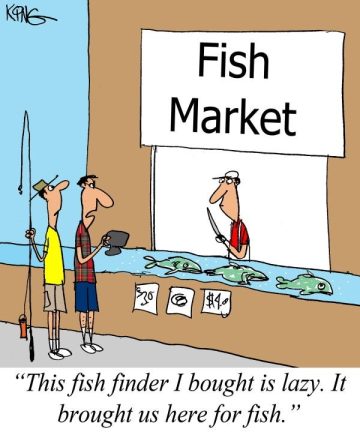 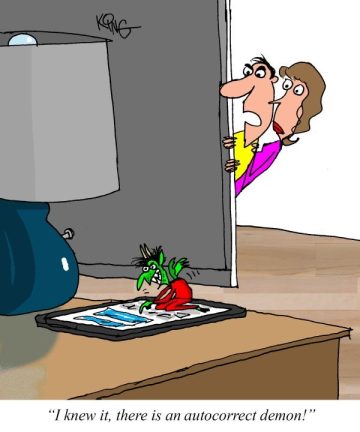 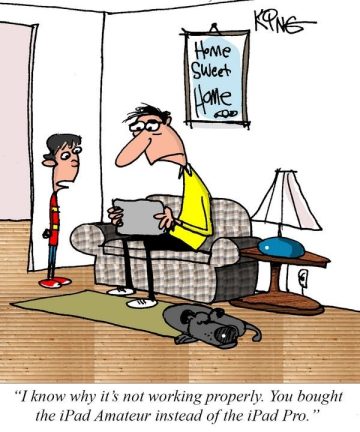 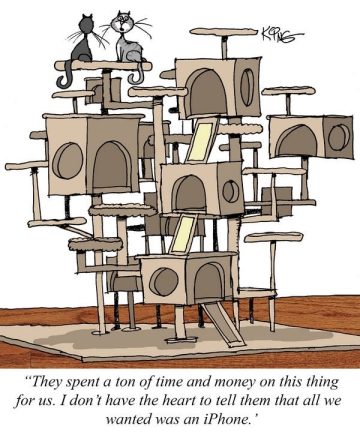 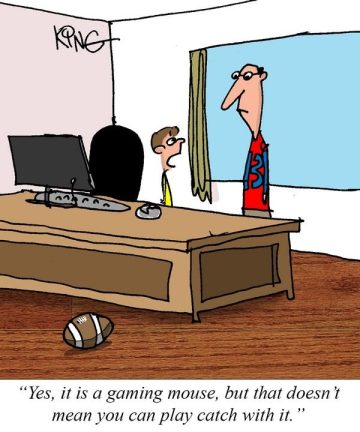 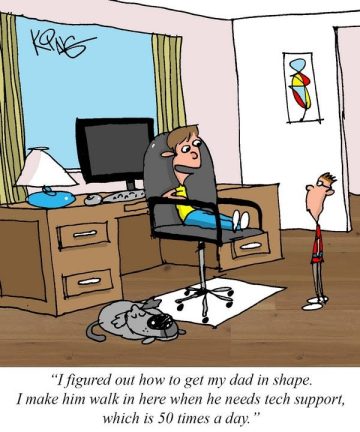 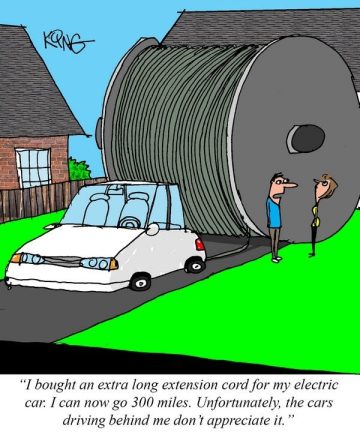 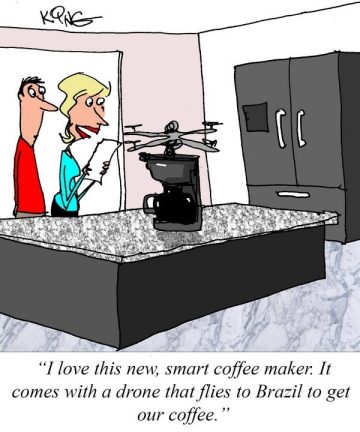 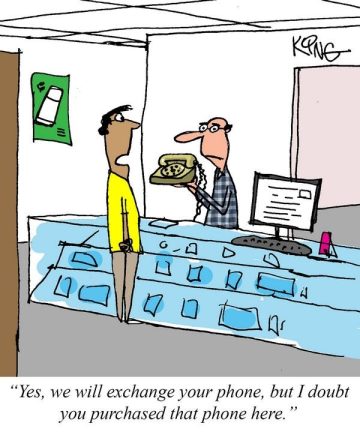 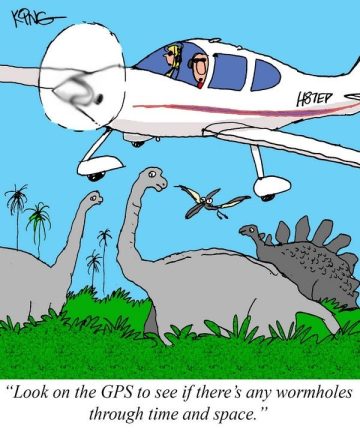 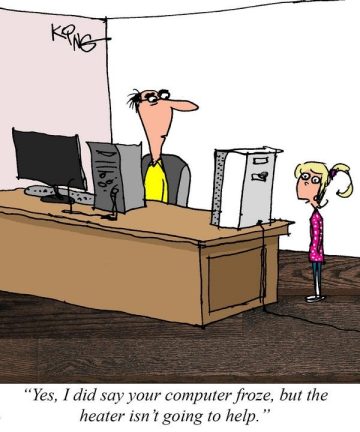 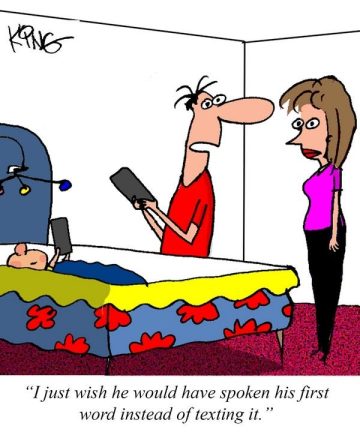 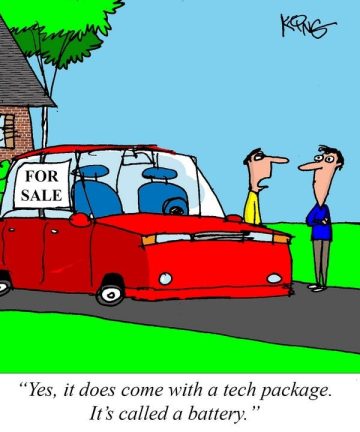 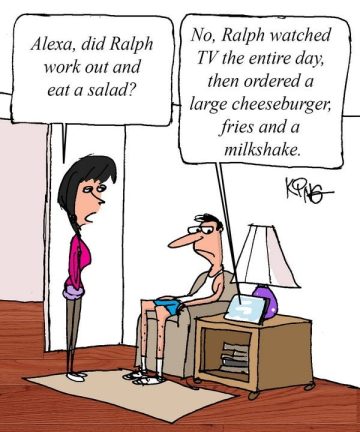 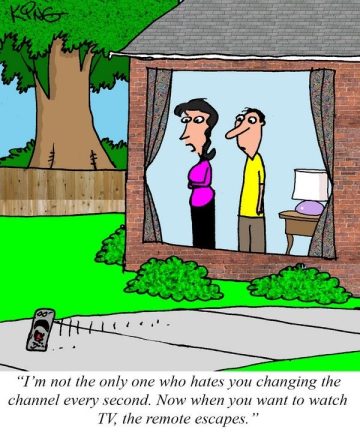 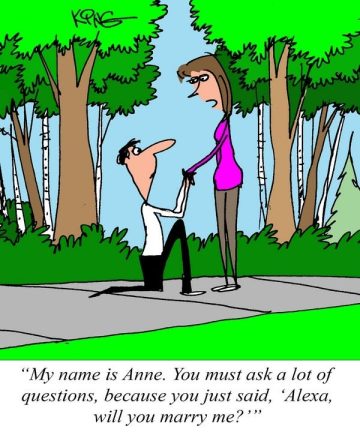 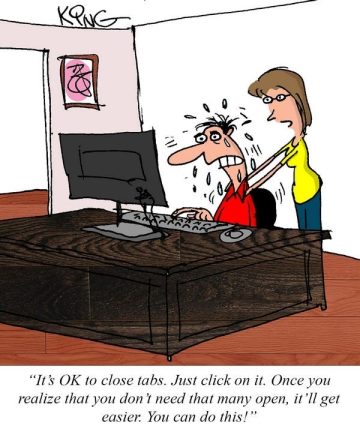 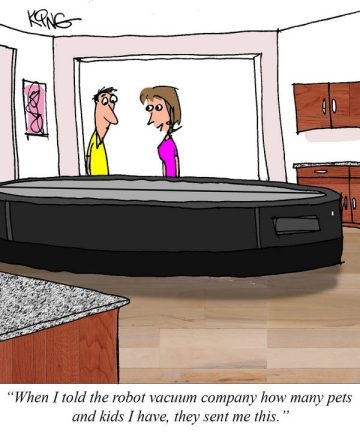 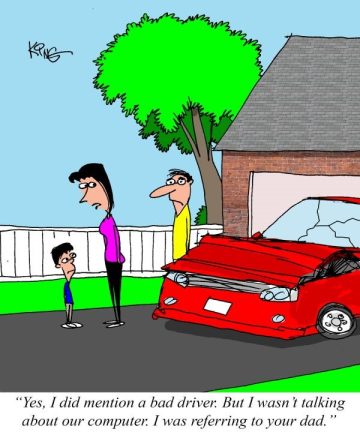 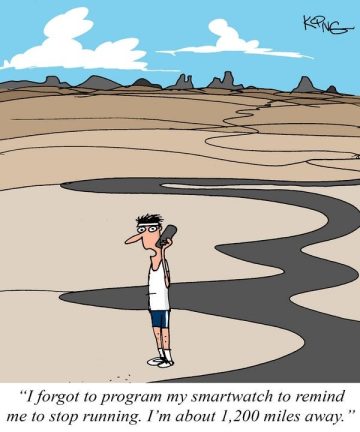 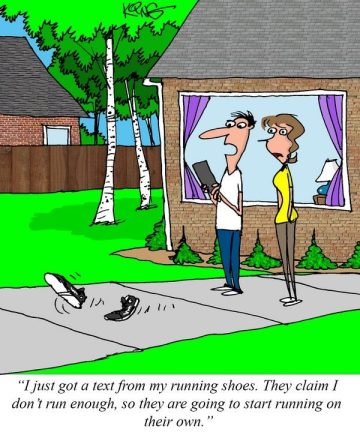 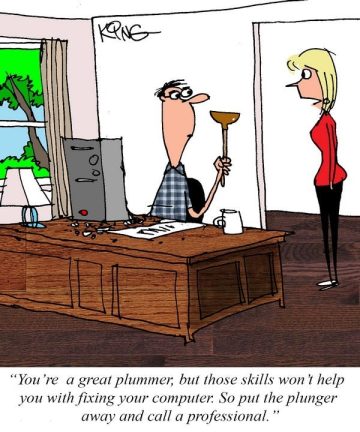 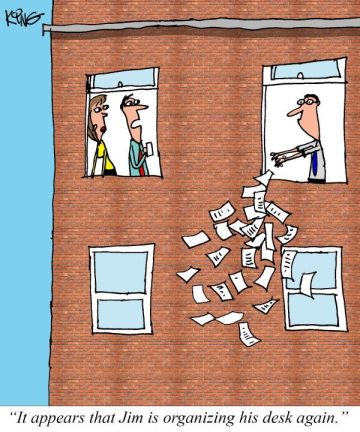 Join the Appalachian Chamber Music Festival on Thursday, August 25, at 7:00 pm, for a concert at Middleburg Community Center as part of their 2022 Festival! ACMF brings this concert of festival highlights to the[...]
View Calendar