Thanksgiving celebrations are steeped in tradition, but how much do you know about the history of this holiday? Test your knowledge with this quick quiz.

1. During which historical event did Thanksgiving become an annual federal holiday?

a. World War I
b. The Civil War

2. When was the first Macy’s Thanksgiving Day Parade?

3. Under which president did the turkey pardon become an annual tradition?

4. How long had the Wampanoag been living in the Cape Cod area when the English settlers arrived?

5. Which classic Christmas song was originally meant to be sung on Thanksgiving?

6. Why did President Franklin Roosevelt move up Thanksgiving by one week in 1939?

a. To coincide with the launch of the final phase of the New Deal
b. To allow soldiers to spend time with their families before deployment
c. To appease businesses that wanted a longer Christmas shopping season
d. To make sure the annual football game wouldn’t be held in the snow

7. When was the first Turkey Trot?

8. What types of protein were likely eaten at the first Thanksgiving celebration in 1621?

a. Venison and seafood
b. Turkey and buffalo
c. Quail and ham
d. Chicken and lamb

Great gifts for someone living in a retirement home

How to make the most of Black Friday sales

6 ways to protest against racial injustice

As the leader of the American civil rights movement, Martin Luther King Jr. organized a number of peaceful protests throughout the 1950s and 60s to end racial discrimination and segregation in the United States. In honor of Martin Luther King Jr. Day, which falls on January 18 this year, here are six ways to protest against the ongoing racial injustice in this country.

1. Educate yourself using the abundance of books, articles, podcasts, and movies available on racism and racial justice, and learn how you can affect change.

2. Volunteer for a local organization that seeks to address issues in your community that disproportionately affect African Americans such as food insecurity and under-funded schools.

3. Sign petitions demanding racial justice, write to your local officials to advocate for policy changes, and start conversations about race with the people in your life.

4. Attend a demonstration calling for an end to police brutality and systemic racism. You can also join an aid group that provides supplies and assistance to protestors.

5. Donate money to bail funds and organizations led by people of color that are pushing for change. If you’re an artist, you can sell your work and donate the proceeds.

For more information about how you can fight against racial injustice in your community, reach out to local organizations.

Every man of humane convictions must decide on the protest that best suits his convictions, but we must all protest. — Martin Luther King Jr., 1967

Martin Luther King, Jr.: Those who knew him grow old; the promise lives

The people who heard Martin Luther King, Jr. speak in person, or live on the television or radio–those people have grown old.

Is time that those old people ask the young: Have you heard his speech? Have you read about Martin Luther King’s dream? Did you read his Mountaintop speech?

Any of King’s speeches evoke spirit and truth, but one speech shines out for its hopeful and, in retrospect, its chilling words.

That is the Mountaintop speech, given April 3, 1968, at the Church of Christ in Memphis, Tenn.

In this speech, King mused that if given any time in history, he would have chosen that moment, that very day above all others. He spoke about the great and pivotal hour for the country and the world as all confronted injustice.

Then, he remembers his brush with death years before when he was stabbed and how close he came to missing that day.

And then he proclaims that he has seen the Promised Land:

“We’ve got some difficult days ahead. But it really doesn’t matter with me now, because I’ve been to the mountaintop… Like anybody, I would like to live a long life. Longevity has its place. But I’m not concerned about that now. I just want to do God’s will. And he’s allowed me to go up to the mountain. And I’ve looked over. And I’ve seen the Promised Land. I may not get there with you. But
I want you to know tonight, that we, as a people, will get to the Promised Land!”

King’s words, later recalled, send a shiver through hearts and minds. Those words are worth recalling even 53 years later, that one was led by God to the mountaintop, and he saw the promised future of his people fulfilled.

Ice fishing is a great way to relieve stress, reconnect with nature, and enjoy your own company or that of your fishing buddies. Whether you’re ready to go or still waiting for the ice to thicken, here are a few tips that will help guarantee you have a good experience.

Check the regulations
Before you head out, make sure you have the necessary permits and that you’re allowed to fish in the intended area. You also need to be familiar with the catch and possession limits for various species. Having this information will allow you to avoid unpleasant surprises and ensure that your activities are legal.


Take into consideration the weather and ice conditions before you decide if you’ll be fishing in a shack or simply out on the ice. Mother Nature can be unpredictable, and without the right gear, you may have to turn back before you make your first catch.

Check your equipment
Many parks and lodges offer all-inclusive ice fishing packages. In this case, all you need to bring are your warm clothes and plenty of enthusiasm. However, if you have your own equipment, you’ll want to assess its condition before you head out. Visit hunting and fishing shops in your area if any of your gear is damaged or needs to be replaced.

Following these tips will ensure that once you drill your holes, you’ll be able to relax, unwind, and fully enjoy the ice fishing experience.

How to safely watch wildlife in winter

If you spend time exploring the outdoors this winter, you might cross paths with hares, foxes, deer, and other wildlife. Here’s how you can observe these creatures safely (and comfortably) without disturbing them.

Act appropriately
It’s important to always treat wildlife with caution and respect. If an animal reacts to your presence, you’re too close. Since these creatures need to conserve energy to stay warm in winter, startling them causes undue stress. In fact, keeping your distance is as much for their safety as it is for yours.


It’s best to wear layers and opt for breathable fabrics when you engage in outdoor winter activities. Keep in mind that you won’t produce as much body heat when you’re standing still to watch wildlife. You’ll also want to have binoculars or a camera to make the most of your sigh-ting. However, keep in mind that drones shouldn’t be used around wild animals.

If you want to reconnect with nature this season, look for places where you can hike, snowshoe, and cross-country ski in your area.

Let’s be honest. Despite what online language apps tell you, a year of online learning won’t qualify you as fluent in a language.

But here is the good news: You could manage enough useful language for travel, business or visiting with people in different countries. But chances are that you won’t successfully converse about the philosophy of Kant.

Still, there are good choices out there for learning a second language.

One of the senior language resources is Rosetta Stone and it is well worth a first look. It offers a free three-day course with no credit card needed. Of all the online apps, Rosetta Stone seems best at starting you at the right level. If you have a passing familiarity with Spanish, for example, you probably don’t need to start at “hola.” And Rosetta Stone won’t put you there.

Like every online app, it isn’t obvious at first how to use the question-and-answer modules. That seems true for every app and you will get a few instructions in English. But users will quickly get the hang of the app’s interface.

Trending among language apps are Duolingo, Memrise, and Babbel.

Duolingo and Memrise both work on the idea of spaced repetition for better memorization. Rosetta Stone and Babbel may seem more immersive–at least in the beginning.

All the apps have combinations of flashcards and listening exercises. Rosetta Stone features a listen-respond tableau with every lesson. Memrise offers its Learn With Locals videos that demonstrate a new phrase.

Babbel focuses on conversational examples to show the context of words and phrases. It also has a speech recognition feature designed to give you confidence in actually speaking the language.

Memrise is unique in that about 90 percent of its course offering is free. You can buy the pro package, which is supposed to be helpful, especially as you progress. It also has a social element with a leaderboard, which has actually been controversial since some people hacked their way up the board. This is why we can’t have anything nice.

Duolingo calculates your streak in coming back to the app and its little bird mascot regularly (and somewhat infamously) exhorts your participation.

Students push back against cheating software 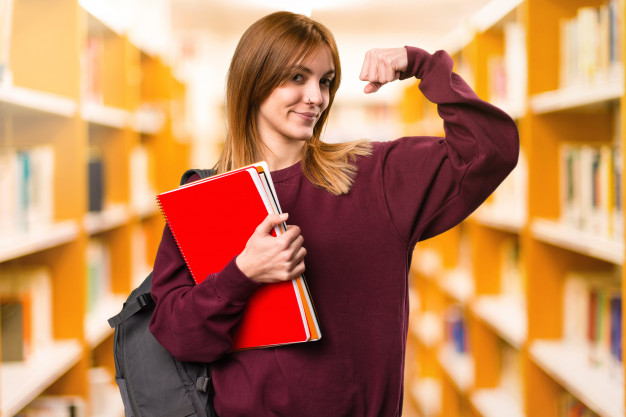 Online learning and test-taking have opened new doors for the ancient art of cheating. To fight it, some schools require students to take tests over webcam while professors or teaching assistants observe. But according to TechDirt, a growing number of institutions are using anti-cheating software instead, which uses a mix of human proctors and algorithms to spot what they classify as signs of cheating.

These online proctoring companies use webcams, microphones, and algorithms to monitor eye and head movements, background noise, mouse movements, scrolling, and keystrokes. The software flags suspicious behavior for instructor review. Even something as simple as multiple users taking the test on the same network, connectivity issues, or too much background noise can be flagged, according to the Washington Post.

Meanwhile, the popularity of online proctoring software continues to grow. According to EdSurge, the online proctoring company Proctorio is partnering with McGraw-Hill and other textbook publishers to include its software with courseware, meaning that even homework may be tracked for cheating in the future.

As the software has gained popularity during the COVID-19 pandemic, students say that it violates privacy and causes intense stress for test-takers, according to the Washington Post. And according to NBC News, students have little recourse when penalized for things beyond their control, like interruptions or unconscious behaviors, such as reading out loud. The anxiety they experience while trying to satisfy the software’s demands, they say, is too much.

According to the Electronic Freedom Foundation, dozens of petitions are circulating at colleges and universities to abandon platforms like Honorlock, Proctorio, ProctorU and Respondus. And some schools are receptive to the complaints — The City University of New York recently decided that professors cannot require students to use online proctoring software.