If the thought of creating a holiday spread from scratch doesn’t excite you, then give yourself the gift of not cooking this year. Here’s where you can get meals made by someone else.

Restaurants
There are plenty of eateries that remain open over the holidays. Book a table at one nearby for your holiday feast. Or better yet, order some takeout and eat in the comfort of your own home.

Caterers
If you’re hosting a party, consider hiring a caterer. Not only will this professional work with you to come up with the perfect menu, but they’ll also do all the work.

Grocers
Many businesses, including grocery stores, butcher shops and local restaurants, offer pre-made meals that are perfect for nights you want to eat in.

Personal chefs
For a real treat, hire a personal chef to come to your home and create an intimate meal for you and your loved ones. It’s the perfect no-cook solution for a small gathering with friends or even a New Year’s Eve party.

This year, simplify your holiday season by letting someone else do the cooking. Don’t be surprised if you love this hands-off approach to the holidays so much that you do it again next Christmas.

The Wonderful World of Rudolpha: The Christmas Classic 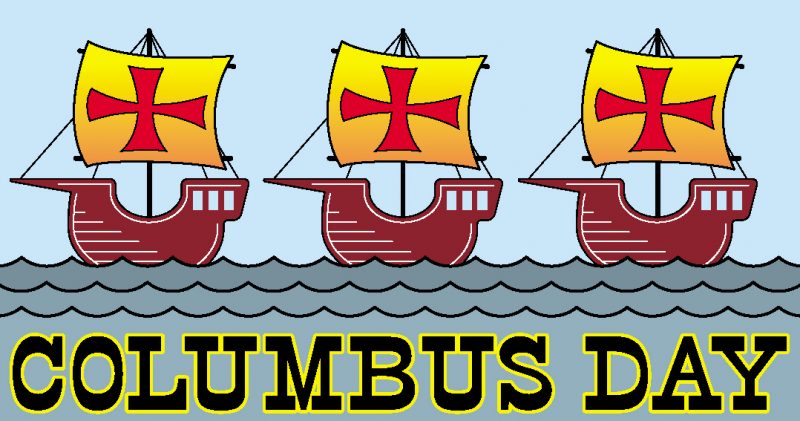 It was 528 years ago, in 1492, Christopher Columbus discovered the new world.

But Columbus remains a mysterious and controversial figure who has been variously described as one of the greatest mariners in history, a visionary genius, a mystic, but also called some not so flattering names.

Columbus’s enterprise to find a westward route to Asia grew out of his practical experience as well as his considerable reading in geographical and theological literature. He settled for a time in Portugal but was unable to enlist support for his project.

He moved to Spain, where, through a combination of good luck and persuasiveness, he gained the support of the Catholic monarchs, Isabel and Fernando.

The widely published report of his voyage of 1492 made Columbus famous throughout Europe and secured for him the title of Admiral of the Ocean Sea and further royal patronage. Columbus, who never abandoned the belief that he had reached Asia, led three more expeditions to the Caribbean.

A great navigator and mariner he was, but Columbus had his shortcomings. Later in his life, he was known as a failed administrator and a naive entrepreneur.

Whatever his greatness and shortcomings were, he remains one of the most daring and successful mariners of all time.

Three words: The test of liberty or tyranny

“We hold these truths to be self-evident, that all men are created equal, that they are endowed by their Creator with certain unalienable Rights, that among these are Life, Liberty and the pursuit of Happiness.”

Since 1776 when those words were written in the Declaration of Independence, the world has seen kings and tyrants who, fooling men with their sweet-sounding philosophies, tried to steal their rights and liberty, and many times succeeded.

Yet, in this famous sentence, Thomas Jefferson gives us three words that are the test for tyranny:


Jefferson said some ideas are obvious, so obvious that Americans don’t need a lawyer to explain them or a politician to debate them. The first obvious truth he sets down is this: All people are created equal. All are endowed with the same rights.

Endowed
The Creator gives rights to men and women as a gift — an endowment — what the dictionary calls a ‘fund for permanent support.’ No man gives these rights to people, for these rights are already theirs. No king can decide which people get to exercise these rights because each person has been given the free gift of these permanent rights, not one more than another.

Unalienable
These obvious rights, given as a permanent gift from God, cannot be taken away by any person, and neither can a man surrender his right to life, liberty, and the pursuit of happiness.

Few people realize that the resolution for American Independence was actually approved on July 2, 1776. Here’s how it happened.

By June of that year, the colonies were seething with revolt. The English Parliament had forced them to endure “an absolute tyranny,” as Thomas Jefferson later wrote in the Declaration of Independence.

Grievances included: Taxation without representation; Parliament’s dissolving the Virginia House of Burgesses; a monopoly on exports and imports resulting in exorbitant prices; and British troops being quartered in the colonists’ homes.

As the Continental Congress debated in Philadelphia, there were still those who pushed for reconciliation with the powerful mother country.

On June 7, 1776, Henry Lee of the Virginia Assembly laid a resolution before the Continental Congress for the colonies to be free and independent states. After a ferocious debate, both sides decided that a declaration of independence should be drafted in case it would be needed.

Of the five men named to write it, the job fell to Thomas Jefferson. At age 33, he felt Ben Franklin should do it, but Franklin was ill. Or that John Adams should, but Adams won him over by saying gruffly, “You can write ten times better than I.”

On July 1, Congress met to reconsider Virginia’s resolution for independence. At first, a third of the colonies voted against it, and the resolution was tabled until the following day. There followed a frenzy of activity.

Sent for by messenger, Caesar Rodney of Delaware arrived after an 80-mile ride on horseback, pelted by rain all the way. He broke a tie, and Delaware voted for independence.

Patriots converged on delegates of the remaining demurring states and won them over. The vote for independence was carried on July 2.

On July 3, Jefferson’s declaration was read and passages felt to be overly inflammatory were removed.

On July 4, the declaration was finally signed and approved. BUT … independence was actually voted on July 2, 1776.

John Adams, who later served as President, said in a letter, “The second day of July 1776 … will be celebrated by succeeding generations as the great anniversary festival.” He was almost right.

How single fathers can get the support they need

It’s not easy being a single parent, which is why it’s important to surround yourself with family and friends who can help. This Father’s Day, reach out for the support you need so you can keep being an amazing dad.

Rely on family
Loved ones are an invaluable source of support for single parents and there’s no shame in asking a relative or friend to babysit while you take a much-needed break. In fact, giving yourself time to recharge allows you to be a more engaged and energetic parent. Let your kids be spoiled by their grandmother or doted on by their aunt. Taking time to relax and unwind is sure to do you good.


You might feel isolated as a single father, but you’re not alone. In fact, at least 2.5 million families are headed by single fathers in the United States.

Though it’s challenging to cultivate a social life as a single parent, it can be immensely rewarding to build friendships with men who share your experiences, struggles, and commitment to being a good dad. Plus, play dates are a great way to connect with other adults when you have young children.

So whether it’s at the office, the gym, or when you pick your kids up from school, take the time to meet and connect with other single fathers.

Being a single parent isn’t easy. However, by reaching out to others you can share some of the responsibilities involved and give yourself time to recharge.

Do you know a man who’s doing a great job of raising his children alone? This Father’s Day, show your appreciation by offering to watch his kids for a few hours. This way, he can take a well-earned break.

Father’s Day is just around the corner. A great way to celebrate the occasion is by watching a movie with your dad. Here are four that feature fantastic fathers.

1. Life is Beautiful
Guido Orefice is an optimistic, cheerful man. When he and his family are interned in a Nazi concentration camp, Guido turns the experience into a game to spare his young son the cruel truth.


Bob Parr, also known as Mr. Incredible, is a loving and proud father of three. What’s more, he considers being a supportive and involved dad just as important as fighting crime.

3. The Pursuit of Happyness
After his wife abandons them, Chris Gardner must raise his son alone. Based on a true story, this father does everything in his power to ensure his child’s well-being, even when they’re forced to live on the street.

4. Ant-Man
Several Marvel movies are known for their problematic father figures, but Scott Lang is an exception. Even after he becomes Ant-Man, this dad’s number-one priority is his daughter, Cassie.

There are countless admirable fathers portrayed on the big screen. Who’s your top pick?

A gift for every dad

Are you looking for the perfect Father’s Day present but don’t know what to buy? Here are some gift ideas for several types of dads.

The athlete
If your father’s a fitness enthusiast, he’ll likely appreciate:

The foodie
If your father loves to cook (and eat), you can’t go wrong with:

The bookworm
If your father always has his nose in a book, consider:

Regardless of the gift you choose, remember to include a heartfelt card that shows your dad how much he’s loved and appreciated.