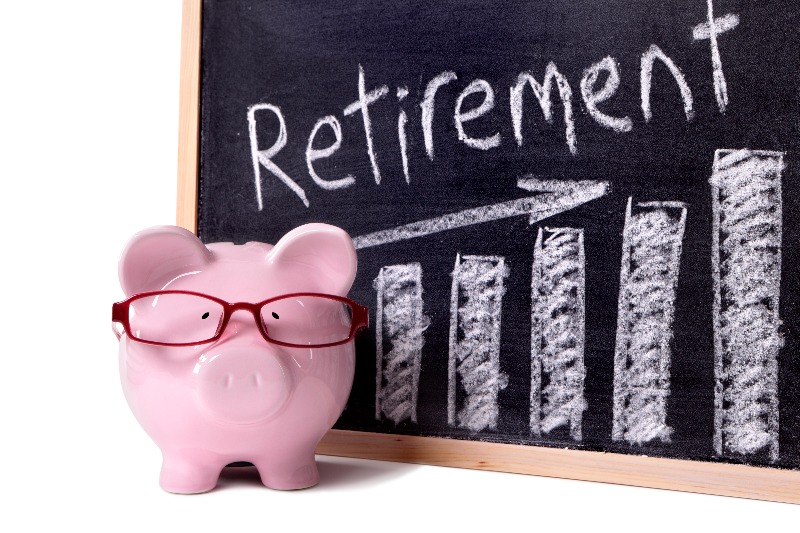 Somewhere on a assembly line is a young worker who once told a reporter: I wouldn’t put my money in a 401(k) because the boss could steal it.

In average situations, there is very little chance the boss could steal the money from a 401(k), which would be a crime, probably involving fraud.

Contributions to a 401(k) go to a financial company. Maybe the boss picked the company, but the boss can’t access your money. The boss doesn’t own it and can’t spend it.

Fear: I can’t afford to contribute

There are a lot of benefits to a 401(k). The money you put in isn’t taxed. It’s only taxed when you take it out at retirement.

So, when you reach retirement, you might have your Social Security (depending on government future plans), and you’ll be able to add to it by taking 4 percent of your nest egg each month. You’ll be comfortable if you sacrifice now.

Fear: I’ll lose all my money

Over the long term, there is a 99 percent chance you will make money. But sometimes you won’t. Recently, retirement plans have racked up interest of 10 percent and higher. But in 2008, during the housing crisis, people lost money but not all of their money.

If you can’t stand losses, you usually can have your plan administrator put your money in highly conservative, safe investments. They don’t make as much money, but they don’t lose it either.

Fear: What if the company goes out of business?

Can you plant seeds leftover from last year?

Plants that thrive in acidic soil

The advantages of permeable paving

Permeable pavers, such as interlocking sto¬nes, can be used to build driveways, walk¬ways, and patios. Here’s why they’re a great choice.

They reduce runoff
Permeable paving allows water to seep into the ground. This means runoff is less likely to pool on the surface or end up in the sewer system. Consequently, you’ll have fewer puddles when it rains and less ice buildup when it’s cold. Permeable pavers also reduce the risk of flooding and erosion.


Permeable pavers remain cooler than asphalt because they’re paler and absorb less sunlight. This makes them particularly suited for cities where large amounts of asphalt create urban heat islands. In fact, some cities are beginning to make permeable paving a requirement for certain projects.

They’re a good investment
Permeable pavers are easy to install because they don’t require the ground to be compacted beforehand. They’re also more durable than asphalt so they cost less in the long run. Plus, they can increase the value of your home.

Lastly, permeable pavers can help filter out pollutants and replenish the water table with clean water. This makes them a particularly great choice for eco-conscious consumers.

One option for some seniors: Roth IRA

Some investors could make a big move in this crisis-driven market by converting their retirement accounts to a Roth IRA.

Naturally, with all things about investing, it all depends.

Roth IRAs are great investments when the stock market is down, according to Leon LaBrecque of the Sequoia Financial Group. That’s because, as the market recovers, you make money tax free.

Roths are also good when taxes are low. You hope to pay low taxes on a Roth when you invest and avoid higher taxes when you take distributions. If you are looking at the recent $2 trillion relief bill, with promises of more to come, who would blame you if you thought taxes were going to rise?

A down market that is poised to recover, is an optimum time for converting to a Roth, according to LaBrecque.

To actually decide whether this would be beneficial to your situation, you have to speak to an investment professional. Depending on your financial situation, there are several ways to create a Roth, but also serious pitfalls.

Robot companions for your pet

If you’re worried about leaving your cat or dog alone while you’re at work, you may want to invest in a robot pet companion. These battery-operated devices are designed to amuse, feed, and otherwise occupy your furry friend while you’re not home.

There are different models available, such as ones that regularly feed your animal and others that periodically eject treats. The best robot companions, how¬ever, truly interact with your pet. They connect to your smartphone and can be set to either operate automatically or be controlled through an app. The best part is they give your pet something to play with when you’re not around, ensuring that Fido or Mittens isn’t bored in your absence.

Robot pet companions are water-resistant and strong enough to withstand bites. Most of them include a camera, microphone, and speaker. This al¬lows you to see and talk to your pet when you’re not home and ensure they’re safe and happy.

Part pet-sitter and part toy, these robots are set to change the way we take care of our cats and dogs.

3 reasons to use a smart speaker

Smart speakers are no longer novel, and an estimated one in four adults in North America now owns at least one. This type of product (whether it’s made by Google, Apple, or Amazon) may be particularly useful for seniors. Here’s why.

1. It can simplify tasks. If you connect a smart speaker to other smart devices in your home, you’ll be able to turn on the lights, adjust the thermostat, and close the curtains simply by uttering a command. This can be invaluable if you have arthritis or reduced mobility.

2. It can issue reminders. Whether you want to remember to take your medication or call a loved one on their birthday, a smart speaker can help. This device can function as a to-do list, a calendar, and an address book all in one.

3. It can improve your safety. Most smart speakers can be programmed to initiate a conversation at a set time each day. If you don’t respond, the device is able to automatically send a message to one of your family members advising them to check up on you.

A smart speaker can make your life easier and help you maintain your independence.

5 ways to protect your bike from thieves

If you regularly use your bike to commute or run errands, you should take steps to protect it from getting stolen. Here are five ways you can reduce the risk.

1. Lock it. Invest in a sturdy U-lock and use it when you leave your bike unattended. The best way to secure your bike is to weave the lock through the frame and front spokes.

2. Secure the wheels. Although they make it easier to transport your bike, wheels with a quick-release mechanism are easy to steal. Opt for nuts and bolts instead.

3. Use a bike rack. Avoid fastening your bike to street signs and fence posts as they may not be properly lodged into the ground. A thief might be able to lift or unscrew the pole.

4. Move it around. Don’t park your bike in the same place every time, as this could make it an easy target. If you have to leave your bike outside all day, move it at least once.

5. Get it engraved. If someone steals your bike, an engraving makes it easier to identify and harder to resell. Some police departments offer this service.

Finally, keep a record of your bike’s make, model and serial number at home. This information will be useful if your bike gets stolen and you need to file a police report.

How to take care of stamped concrete

Stamped concrete is a durable, textured surface that can be used to construct driveways, walkways, and patios. Here’s how to ensure this long-lasting material looks beautiful for years to come.

Regular upkeep
As with any outdoor surface, dirt will eventually accumulate on your stamped concrete. Sweep it on a regular basis and pressure wash it periodically to get rid of stubborn dirt. If necessary, a cleaning solvent can be used to remove blemishes.


Apply a new coat of sealant every two or three years to protect your stamped concrete from water damage and stains caused by oil and gas spills. This will also help maintain the surface’s color and luster.

If you have stamped concrete inside your home, it’ll require the same type of maintenance as other kinds of flooring. Vacuum and mop it on a weekly basis or as needed. Although you don’t have to reseal a stamped concrete floor to protect it from the elements, consider adding a fresh coat once the original sheen fades.