RICHMOND (October 25, 2019) – Attorney General Mark R. Herring today announced that Virginia has joined with 42 other attorneys general in a $116.9 million settlement with Johnson & Johnson and its subsidiary Ethicon, Inc. to resolve allegations that they deceptively marketed and promoted their transvaginal surgical mesh devices. Virginia will receive approximately $3 million of the settlement.

“We will not tolerate deceptive or false marketing of any products in Virginia, but especially when it involves medical devices that can negatively impact the health of a patient,” said Attorney General Mark Herring. “Under this settlement, going forward Johnson & Johnson must fully disclose the risks and side effects of their medical devices on all promotional materials, giving both doctors and patients confidence that they are making informed decisions about their health.”

The Complaint, filed in Richmond Circuit Court, alleges that Ethicon and Johnson & Johnson, the manufacturers of transvaginal surgical mesh, misrepresented or failed to adequately disclose the products’ possible side effects. Transvaginal surgical mesh is a synthetic material that is surgically implanted through the vagina to support the pelvic organs of women who suffer from stress urinary incontinence or pelvic organ prolapse. These side effects included:

According to the Complaint, Johnson & Johnson and Ethicon were aware of the possibility for serious medical complications, but did not provide sufficient warnings to consumers or surgeons who implanted the devices.

Under the settlement, Johnson & Johnson has agreed to pay $116.86 million to the 41 participating states and District of Columbia. The settlement also provides injunctive relief, requiring full disclosure of the device’s risks and accurate information on promotional material, in addition to the product’s “information for use” package inserts.

Among the specific requirements, the companies must:

• Refrain from referring to the mesh as “FDA approved” when that is not the case;
• Refrain from representing in promotions that risks associated with mesh can be eliminated with surgical experience or technique alone;
• Ensure that product training provided to medical professionals covers the risks associated with the mesh;
• Omit claims that surgical mesh stretches after implantation, that it remains soft after implantation, that foreign body reactions are transient and that foreign body reactions “may” occur (when in fact they will occur);
• Disclose that mesh risks include: fistula formation, inflammation, as well as mesh extrusion, exposure and erosion into the vagina and other organs;
• Disclose risks of tissue contraction, pain with intercourse, loss of sexual function, urge incontinence, de novo incontinence, infection following transvaginal implantation and vaginal scarring; and
• Disclose that risks include that revision surgeries may be necessary to treat complications, that revision surgeries may not resolve complications and that revision surgeries are also associated with a risk of adverse reactions.

The settlement, which is in the form of a Consent Judgment, has been filed with the Circuit Court for the City of Richmond for approval.

On January 15th, Governor Ralph Northam declared a state of emergency in advance of expected demonstrations on Capitol Square on Monday, January 20, 2020. According to the Governor, law enforcement intelligence analysts have identified credible threats of violence surrounding the event, along with white nationalist rhetoric and plans by out-of-state militia groups to attend.

The Governor’s declaration prohibits all weapons, including firearms, from Capitol grounds, and will provide joint law enforcement and public safety agencies the resources they need to keep demonstrators, policymakers, and all Virginians safe.

The full text of Executive Order Forty-Nine is available here.

According to the letter, the final rule provides no realistic prospect for borrowers to discharge their loans when they have been defrauded by predatory for-profit schools, and it eliminates financial responsibility requirements for those same institutions.

“If this rule goes into effect, the result will be disastrous for students while providing a windfall to abusive schools,” the letter states.

The U.S. Department of Education’s new rule would rescind and replace its comprehensive 2016 Borrower Defense Rule, which involved a thorough rulemaking process addressing borrower defense and financial responsibility, in which the views of numerous schools, stakeholders, and public commenters were involved. The 2016 Borrower Defense Rule provided defrauded borrowers with a transparent process to seek debt relief and protected taxpayers by holding schools that engage in misconduct accountable.

According to the letter, the Department’s new rule provides an unworkable process for defrauded students to obtain loan relief and will do nothing to deter and hold accountable schools that cheat their students. Instead of ensuring that borrowers are not bearing the costs of institutional misconduct, the Department’s new rule empowers predatory for-profit schools and cuts off relief to victimized students.

In October 2018, Attorney General Herring announced that a federal judge rejected the Trump Administration’s challenge to the Borrower Defense Rule, ordering its immediate implementation for students nationwide. This ruling followed a victory Attorney General Herring won in federal court after he and a coalition of state attorneys general challenged the U.S. Department of Education’s plan to abruptly rescind its Borrower Defense Rule which was designed to hold abusive higher education institutions accountable for cheating students and taxpayers out of billions of dollars in federal loans. The immediate implementation of the Borrower Defense rule meant that the U.S. Department of Education had to automatically discharge $381 million in loans for students whose schools closed.

Attorney General Herring has taken major actions against for-profit colleges for misleading students. In November 2015, for-profit education company Education Management Corporation announced it would significantly reform its recruiting and enrollment practices and forgive more than $2.29 million in loans for approximately 2,000 former students in Virginia through an agreement with the Attorney General and a group of state attorneys general. Nationwide, the agreement required the for-profit college company to forgive $102.8 million in outstanding loan debt held by more than 80,000 former students.

In December 2016, the Attorney General announced that more than 5,000 Virginia students formerly enrolled in schools operated by Corinthian Colleges, Inc. may be eligible for loan forgiveness. This came after the U.S Department of Education found that Corinthian College and its subsidiaries published misleading job placement rates for many programs between 2010 and 2014. Following this announcement, Attorney General Herring urged Secretary DeVos and the Department of Education to follow through on their commitment to cancel student debt for students in Virginia and around the country who were victimized by Corinthian Colleges’ practices.

Attorney General Herring announced in January of 2019 that he and 48 other attorneys general reached a settlement with for-profit education company Career Education Corporation. The terms of the settlement required CED to reform its recruiting and enrollment practices and forgo collecting about $493.7 million in debts owed by 179,529 students nationally. In Virginia, 3,094 students will receive relief totaling $8,022,178. 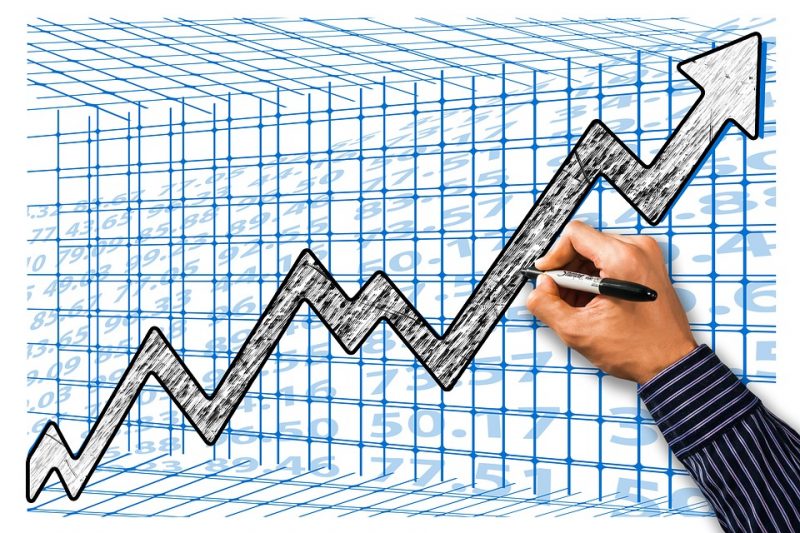 “This continued strong revenue performance gives us confidence that we can achieve the forward-looking agenda I have laid out, while also putting money into our cash reserves,” said Governor Northam. “As the General Assembly session gets underway in Richmond, we have a unique opportunity to invest in our shared future, grow and diversify our economic base, and continue building on our progress.”

“A clearer assessment of the season will be possible after receiving December sales tax payments due in January,” said Secretary of Finance Aubrey Layne. “January non-withholding payments will also give us a better indication of taxpayer behavior for calendar 2019 tax returns.”

December is a significant month for corporate income tax collections as quarterly estimated payments are due for most corporations and refunds from extension returns are processed. With the main refunding season completed and the first two estimated payments received, collections of corporate income taxes grew 19.2 percent on a year-to-date basis, compared with the forecast of 2.2 percent growth.

The full report is available here.

Virginia Republicans will choose delegates to their national convention at a state convention. Therefore, no Republican candidates will appear on the ballot in the March 3, 2020, Presidential Primary.

A list of the 20 acceptable reasons a voter can give to vote absentee in Virginia is available at www.elections.virginia.gov/absentee.

Other important absentee ballot dates to remember if voting in the March 3, 2020, Virginia Democratic Presidential Primary, include:

Virginia voters casting an absentee ballot either in-person or on Election Day must show an acceptable photo ID. Voters can get a free Voter Photo ID at their local voter registration office. Voters who do not have an acceptable form of ID may still vote absentee in-person after completing the Virginia Voter Photo Identification Card Application and receiving a Temporary Identification Document from their voter registration office. Find out more about Virginia’s voter ID requirements at www.elections.virginia.gov/voterid.

For more information on the March 3, 2020, Virginia Democratic Presidential Primary or other election-related inquiries, go to vote.virginia.gov, send an email to info@elections.virginia.gov, or call the Virginia Department of Elections at (800) 552-9745.

Melissa Thomas, 45, of Winchester, Va., pled guilty yesterday to one count of accessing the individually identifiable health care information of a minor child for whom she was not the case manager.

According to court documents, Thomas worked as a case manager at NWCSB from September 2009 through January 2014. In December 2013, an individual lodged a complaint that Thomas had accessed her minor child’s health record, breaching confidentially. Thomas was subsequently investigated by the NWSCB and the Office of Inspector General for the Department of Health and Human Services and it was determined she willfully and knowingly violated the law by illegally accessing the record of the minor child. Thomas was terminated from her employment for the illegal access on January 7, 2014.