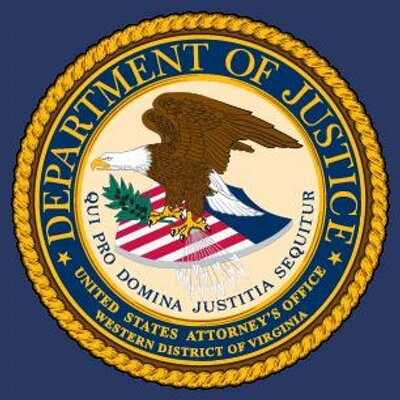 “This defendant not only violated his Hippocratic Oath to his patients, but he perpetuated, on a massive scale, the vicious cycle of addiction, despair, and destruction,” U.S. Attorney Cullen stated today. “We have no higher priority than investigating drug-dealing physicians and other corrupt health-care practitioners and putting them in federal prison.”

Evidence presented at trial showed Smithers opened an office in Martinsville in August 2015, and prescribed controlled substances to every patient in his practice, resulting in over 500,000 Schedule II controlled substances being distributed. The drugs involved included oxymorphone, oxycodone, hydromorphone, and fentanyl. A majority of those receiving prescriptions from Smithers traveled hundreds of miles, one-way, to receive the drugs. Smithers did not accept insurance and took in over $700,000 in cash and credit card payments prior to a search warrant being executed at his office on March 7, 2017.

United States District Court Judge James P. Jones ordered Smithers taken into custody pending sentencing. Sentencing is scheduled for August 16 at 10:00 a.m. in Abingdon. Smithers faces a mandatory minimum sentence of imprisonment for a term of twenty years and a maximum sentence of life imprisonment. He also faces a maximum fine of more than $200 million dollars.

The case was investigated by the Roanoke offices of the Drug Enforcement Administration’s Tactical Diversion Squad and the Health and Human Services – Office of Inspector General. Task force officers with the police departments of Bristol, Martinsville, Buena Vista, Roanoke, and Roanoke County; the Sheriff’s Offices of Henry County and Pittsylvania County; and the Virginia State Police assisted in the investigation. Assistant United States Attorneys Cagle Juhan, Randy Ramseyer and Zachary T. Lee prosecuted the case for the United States.

Local arrest made after purchasing pickup truck with fake check

On June 1, 2020, David S. Twigg Jr. was arrested for using several forged and one fake check to purchase a 2020 Ford F-250 Super Duty Pickup Truck from a local Auto Dealer. Information obtained as part of this investigation has implicated Twigg in similar scams in West Virginia, Maryland, Pennsylvania and other parts of Virginia. A record check of Twigg returned an active arrest warrant out of Norfolk Virginia for a larceny charge.

If you have information on this individual, please contact Investigator Jeremy Seabright at 540-635-4128.

On Sunday, May 31, 2020, at approximately 10:20 pm, the Warren County Department of Fire and Rescue Services was dispatched to 121 E. 14th Street, Front Royal, for a reported residential structure fire.

Fire, Rescue, and officers from the Front Royal Police Department arrived at the scene and observed an active fire in the basement with a significant amount of smoke coming from the doors and windows of the first floor. Firefighters initiated a rapid search of the residence and determined no one was trapped inside the home. The fire was quickly extinguished, however, the residence was rendered uninhabitable with an estimated $80,000 in damages. One of the occupants of the home has received assistance from the American Red Cross.

An investigation by the Warren County Fire Marshal’s Office determined the fire was caused by an act of arson and requested assistance by the Front Royal Police Department Criminal Investigations Division.

As a result of the investigation and consultation with the Warren County Commonwealth’s Attorney Office, Lauren T. Roberts, a 33-year-old Front Royal resident, has been charged in connection with the fire incident. Ms. Roberts has been charged with a single felony count of Virginia Code § 18.2-77 Burning or destroying a dwelling house. Roberts was transported to the Rappahannock, Shenandoah, Warren (RSW) Regional Jail where she was held without bond. The court date for this offense is on July 28, 2020, at 9 am in Warren County Juvenile and Domestic Relations Court.

Anyone with additional information regarding this incident is asked to contact Fire Marshal G. Maiatico at 540-636-3830 or Detective M.R. Ramey with the Front Royal Police Department Criminal Investigations Division at 540-636-2208.

In the evening hours of May 12, 2020, the Front Royal Police Department responded to the intersection of East Stonewall Drive and Bee Street for a report of a pedestrian struck by a vehicle. The victim, 54-year-old male, Dale Potter, was quickly located by first responding officers and transported by Warren County EMS personnel to Warren Memorial Hospital for initial treatment. Potter was then flown to Winchester Medical Center for treatment of serious but non-life-threatening injuries.

From the initial investigation, it was discovered the victim was intentionally struck by a passenger car driven by Avery Bailey because of a physical altercation in the minutes prior. Bailey, a 21-year-old Linden resident, fled the scene and abandoned the vehicle at an alternate location. The vehicle and Bailey were located shortly thereafter by FRPD with the assistance of the Warren County Sheriff’s Office.

Avery Bailey has been charged with malicious wounding (18.2-51) and was transported to Rappahannock Shenandoah Warren (RSW) Regional Jail where he is currently being held without bond. The court date for this offense is set for June 30, 2020, in Warren County General District Court.

This investigation is on-going and anyone with any further information is asked to contact Detective M.R. Ramey at (540) 636-2208 or by email at mramey@frontroyalva.com.

In this Town Talk, we’ll have a conversation with Captain Jeff Holzbauer and Lt. Robbie Seal from the Warren County Sheriff’s Office. Lt. Seal is the Community Resource Officer and Captain Holzbauer is in charge of the Patrol Division. The Warren County Sheriff’s Office Patrol Division has the primary law enforcement responsibilities of providing a wide range of services and to initiate a proactive approach when assisting the community.

Lt Seal brings us information on COVID-19 scams in our community. Captain Holzbauer ask for help from the community on two individuals wanted in connection with passing counterfeit money in the County.

The Sheriff’s Office is looking for the following individuals:

Fiel and other accomplices have allegedly been making counterfeit United States currency, $10, $20, $50, $100. Two arrests have been made in this case already and more charges are pending.

If you have any information, please contact Investigator J. Seabright jseabright@warrencountysheriff.org or call the mail number of the Sheriff’s Office (540) 635-4128

The power into Royal Village was interrupted early Wednesday evening as a result of a traffic incident. Town Director of Energy Services David Jenkins responded to Royal Examiner’s request for information on the situation early Thursday morning. Below is the full text of his reply:

“The Energy services department received an online submittal that the power was out in the W 11th St area. a crew was dispatched and upon arrival they found that a vehicle had struck a utility pole that feed’s directly from our Kendrick Lane substation and snapped it off. The crew than began to clear and isolate the primary wire and pole that was on the ground and then proceeded to get the power back on by transferring the loads to another circuit that feeds from our Manassas Avenue substation.

Work on the downed power pole and lines

“The pole that was struck also had underground primary feeder attached to it as well. We called in our Public works department for a backhoe to dig up the damaged wire. A contractor for CenturyLink had to be called in to repair the phone lines.

The involved vehicle is removed from scene

Information gathered at the scene by Royal Examiner staff indicated the driver of the involved vehicle may have fled the scene on foot.

By late morning Thursday, Front Royal Police Captain Crystal Cline confirmed the arrest of Artavia Michelle Price-Bey for DUI, Property Damage over $1000, and Failure to Maintain Car Insurance, regarding the incident. Price-Bey was transported to RSW Regional Jail and booked into the facility at 9:26 p.m. Wednesday evening. She was released Thursday morning at 11:52 a.m.

Prior to 8 a.m., Thursday morning, April 2nd, not far from the Royal Examiner/National Media Services’ Commerce Avenue Front Royal offices, a joint law enforcement operation led by the Winchester City Police Department’s Investigative Unit arrested a suspect on multiple charges in a March 28 incident in the city. Below is the Winchester Police Department’s full press release on its investigation and Thursday morning’s joint-departmental operation:

On April 2, 2020, at approximately 7:15 a.m., the Winchester Police Department (WPD), assisted by other law enforcement agencies, executed a search warrant at 218 East 6th Street in Front Royal, VA following an ongoing investigation into a carjacking in the City of Winchester. As a result of the investigation and search warrant, Diontre Tyrese Bell, 20 years old, of the above address in Front Royal, was arrested and charged with carjacking, robbery, and being a felon in possession of a firearm.

On March 28, 2020, at approximately 12:30 a.m., WPD was alerted to a motor vehicle theft that had just occurred in the 100 blocks of East Pall Mall Street. Upon investigation into the incident, detectives learned that the male victim was standing outside his 1990 Dodge Caravan when he was approached by a group of males. One of the males, later identified as Diontre Bell, grabbed the backpack the victim was wearing and took items including a firearm and keys to the van. Threatening statements were made during the encounter. No injuries were sustained during the incident. The van was later recovered on March 30th, parked and unoccupied, along the roadway in the 1300 block of South Braddock Street.

During the execution of the search warrant, two cell phones were seized and DNA was collected. Bell is being held at the Rappahannock Shenandoah Warren Regional Detention Center without bond. The Winchester Police Department would like to publicly thank the Front Royal Police Department, Warren County Sheriff’s Office and the Northwest Regional Drug Task Force for their assistance in the investigation.