No one has studied Smartphone Pinky yet, but a plethora of Twitter, Instagram, and TikTok users claim it’s real with photographic evidence.

Supposedly a dent appears in the little finger on the middle bone. Sometimes people say the position of their pinky changes, or that the finger starts to sway downward from the knuckle.

Although the supposed malady is debated, notice that most people do hold their phones so that the little finger takes most of the weight.

With Cell Phone Elbow, pain and tingling in the forearm and little finger come from holding a mobile phone up to the ear or holding it while lying in bed for a long time. The pain comes from the shoulder-rubbing the ulnar nerve, one of the major nerves in the arm. Just six minutes of those postures increase the strain on the nerve by 69 percent.

Texting Claw is a repetitive strain injury that presents as pain in the thumb and wrist. It comes from making small repetitive movements with the thumb against the screen. Reduced texting appears to alleviate the problem.

Finally, neck pain can come from staring down at a screen for a prolonged period, which increases strain on the shoulder blade.

5 activities to boost your endurance

Some workouts get your heart pumping faster than others. If you’re looking for a way to improve your cardiovascular endurance, here are five activities to try.

1. Boxing. Fast footwork and dynamic punching combinations keep you on your toes, improving both your muscular and cardiovascular endurance. Boxing is also a great way to relieve stress and boost your confidence. If you prefer, you can opt for classes that focus on solo boxing drills rather than sparring.

2. Cross-country skiing. This sport provides a full-body, aerobic workout that can be sustained for hours. The smooth gliding motion is easy on your joints and improves your balance. Plus, you can enjoy winter landscapes as you ski along trails blanketed in snow.

3. Swimming. The sustained effort required to swim laps increases your heart rate and lung capacity but places limited stress on your joints. This makes swimming a low-impact workout that’s suitable for people of all ages. It also engages various muscle groups, especially if you learn different strokes.

4. Running. This activity is a simple way to boost your cardiovascular endurance, and it can be done almost anywhere. Keep in mind that speed isn’t key. Instead, start slow and focus on running longer distances to see improvements in your stamina.

5. Zumba. This fitness program combines Latin-inspired dance moves, muscle-toning exercises, and lively music to get your heart pumping and your hips swaying. Zumba is both a fun workout and a healthy way to burn calories and lose weight.

If you want to boost your endurance by participating in these activities, consider signing up for a class or joining a club in your area.

5 reasons to increase your flexibility

Flexibility plays a key role in your overall fitness. In fact, stretching your muscles and joints on a regular basis can make a variety of everyday activities easier. Here are the five main benefits of increasing your flexibility.

1. It improves your posture and balance

2. It increases your range of motion

3. It reduces your risk of getting injured

Furthermore, stretching after your exercise facilitates muscle recovery and repair. It also prevents lactic acid from building up and causing muscle soreness.

Keep in mind that stretching shouldn’t be painful. Though it’s normal to feel a pulling sensation, a sharp or stabbing pain means you’ve over-extended your muscles or joints, which can result in injury.

Activities to try
Stretching is just one of many ways to improve your flexibility. You can also try yoga, tai chi, water aerobics, Pilates, ballet, and more. Consider signing up for a beginners’ class in your area.

One cause of health problems can be mistaken for aging 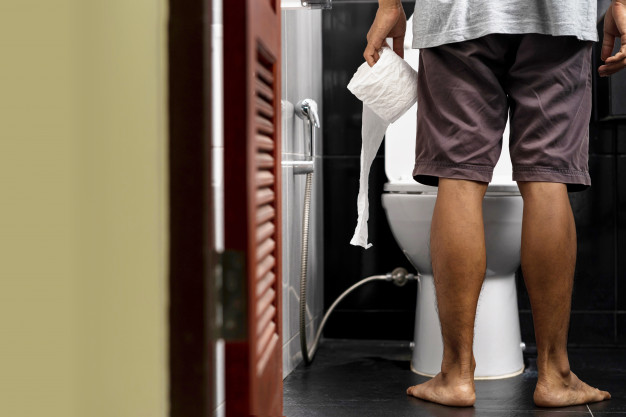 One condition, not uncommon in women, can be misdiagnosed as a typical problem in aging.

An underactive thyroid gland (hypothyroidism) can be responsible for a number of conditions throughout the body. But, often patients just experience one of the many possible symptoms. To make matters worse, the symptoms resemble problems typical of normal aging.

Joint and muscle pain is a classic symptom, according to Harvard Health. Large muscle groups, like those in the legs, can begin to ache. Sometimes it is the only symptom of hypothyroidism in an older person.

If you suddenly start forgetting the names of your grandkids and maybe your memory seems shorter, it could be hypothyroidism, especially if it has gone undiagnosed for some time.

Another common symptom is depression. Like muscle pain, depression can be the only noticeable symptom of hypothyroidism. In severe, untreated cases, adults can even experience hallucinations.

Constipation may be dismissed as a routine problem, but it often accompanies low thyroid.

Unexplained high cholesterol can pop up in tests and be a sign that the thyroid should be checked.

Finally, low thyroid levels can even make your heart work poorly with weaker contractions and a slower heart rate.

Make daikon part of your diet 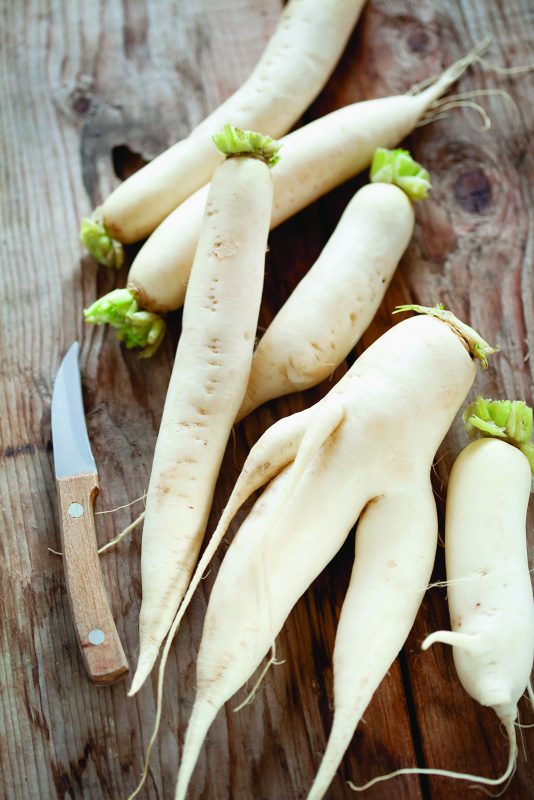 Daikon is a sweet, mildly spicy root vegetable that resembles a plump white carrot. Also known as white or Japanese radish, daikon is popular in many types of Asian cuisine and a great addition to your winter meals.

Benefits
This crunchy cruciferous vegetable is an excellent source of vitamin C, folate, and antioxidants. In addition to being low in calories, some studies indicate that eating daikon:

How to eat it
Daikon can be served raw or cooked. Often, it’s thinly sliced for pickling or to be used as a garnish. However, it also makes a tasty addition to a variety of hot and cold dishes and can even be used in baked goods. This winter, try daikon pan-fried or roasted. Additionally, the greens can be used in salads, soups, and stir-fries.

How to store it
Keep daikon in a perforated plastic bag or wrapped in a damp towel in the fridge. It should last for several weeks. Store the greens separately.

What are the health risks of vaping?

Electronic cigarettes are devices designed to heat a nicotine-based liquid into a vapor, which can then be inhaled. Here’s a look at the known health risks associated with vaping.

Exposure to nicotine
According to the Centers for Disease Control and Prevention, vaping is a less harmful option than smoking if you already smoke. However, since most e-cigarette liquids contain nicotine, they pose a number of health risks. Among other things, vaping can:

It should be noted that adolescents are particularly susceptible to the dangerous effects of nicotine. This is why it’s illegal to sell or give vaping products to anyone under the age of 21.

Exposure to other chemicals
The main liquids found in vaping products are vegetable glycerin, propylene glycol, and chemicals used for flavor such as diacetyl. When these substances are heated in a vaping device, they create a carcinogen called formaldehyde. Other toxins that can be found in e-cigarette vapor include nickel, tin, and aluminum.

Heart and lung disease
Inhaling the harmful chemicals found in e-cigarettes increases the risk of cardiovascular and lung disease. Health experts are also currently investigating the rise of a severe and potentially fatal lung disease referred to as vaping-associated pulmonary injury (VAPI).

While the potential long-term effects of vaping are still unknown, there’s no doubt that the use of e-cigarettes is hazardous. The best way to avoid the health risks associated with vaping is to not start or to ask a health-care professional for advice on how to quit.

The hazard of batteries
Vaping devices can be dangerous if they’re not properly used or stored. The lithium-ion batteries in electronic cigarettes can overheat, catch fire, or explode in your pocket if they come into contact with metal objects like loose coins or keys.

Orthokeratology: an overnight treatment for myopia

If you’re nearsighted, orthokeratology can be an effective alternative to wearing glasses or contacts. This non-surgical treatment involves wearing rigid, custom-fit lenses overnight to temporarily reshape your cornea. Here’s a look at how orthokeratology can improve your vision.

What to expect
Orthokeratology lenses are made of a sturdy, gas-permeable material that flattens the center of the cornea while still allowing oxygen to reach your eye. For best results, these lenses should be worn for at least six consecutive hours every night.

You may experience some minor discomfort during the first week as your eyes get used to the rigid lenses. When you remove the lenses in the morning, your cornea will stay flat and change the way light enters your eye. This vision correction usually lasts about 24 to 48 hours.

How it can help
Though it can’t permanently correct your vision, orthokeratology slows the progression of myopia in 50 to 90 percent of cases. Among other things, this preventive action can help you:

To find out if orthokeratology is right for you, speak with your optometrist.