5. Raise the minimum wage. Virginians have waited too long. Legislative process will determine specifics and timeframe for implementation.

6. Make voting easier. End the requirement to tell the state why you need to vote early. Make Election Day a state holiday.

“We are presenting an agenda that is different from every previous General Assembly session,” said Governor Northam. “It’s more forward looking than ever before, and it reflects what Virginians sent us here to do.”

“This leadership team is united, and we’re going to do great things for Virginia this session,” said Speaker-designee Filler-Corn. “We intend to protect Virginia’s greatest assets and lean in where it’s needed.”

“We have a lot to do,” said incoming Senate Majority Leader Saslaw. “We’re going to make sure that Virginia becomes an even better place to work and do business, and we’re going to invest in our future.”

“This legislature is more diverse than ever,” said incoming House Majority Leader Herring. “We are eager to ensure a diversity of voices makes our lawmaking reflect a modern Virginia.”

“Virginia is stronger when leaders unite,” said Senator Locke. “This upcoming session marks a new era for Virginia, and we will deliver the results people expect.”

The General Assembly convenes at noon tomorrow. Governor Northam will deliver his State of the Commonwealth address at 7:00 PM.

Governor Ralph Northam today, August 7, 2020, announced a temporary statewide moratorium on eviction proceedings in Virginia. The moratorium, which will begin on Monday, August 10, and remains in effect through Monday, September 7, halts all eviction proceedings related to failure to pay rent. Governor Northam requested this moratorium in a letter to Virginia Supreme Court Chief Justice Donald Lemons on July 24.

“Today’s decision comes at a time when we are still battling this public health crisis and need all Virginians to maintain safe, stable housing,” said Governor Northam. “As the ongoing Congressional stalemate leaves hundreds of thousands of Virginians without federal housing protection or unemployment relief, this is a critical step towards keeping families safe in their homes. I am grateful to the Virginia Supreme Court for granting this order, and I look forward to working with the General Assembly this month to develop more permanent legislative protections for Virginia homeowners and tenants.”

On June 29, Governor Northam launched the Virginia Rent and Mortgage Relief Program (RMRP), which provides an initial $50 million in federal Coronavirus Aid, Relief, and Economic Security (CARES) Act funding for Virginia households facing eviction and foreclosure due to COVID-19. Eligibility and application information for the RMRP is available here.

Tenants are encouraged to know their rights and responsibilities and pay their rent on time if they are able. Please visit StayHomeVirginia.com for additional information and resources on tenant rights. 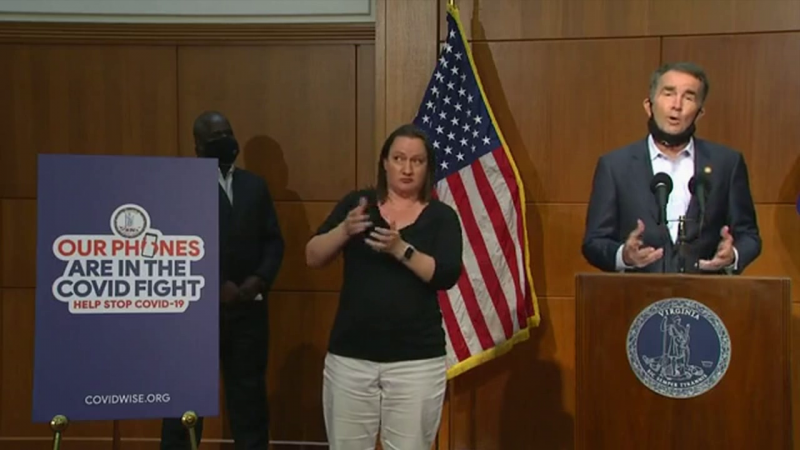 Attorney General Mark R. Herring and his team have again successfully defended the convictions of two men who were convicted of malicious wounding for their roles in the beating of Deandre Harris in a Charlottesville parking garage during the August 2017 “Unite the Right” rally. The Supreme Court of Virginia denied Jacob Scott Goodwin’s petition for appeal today and denied Alex Michael Ramos’ petition for appeal in early May.

“The violence, mayhem, injury, and death caused at the hands of the racists and white supremacists who descended on Charlottesville for the Unite the Right rally can never be forgotten, but we can make sure that the individuals who broke the law or incited violence are brought to justice,” said Attorney General Herring. “My team and I will do everything in our power to combat this white supremacist violence that we continue to see in the Commonwealth, and I will not hesitate to hold these racists and white supremacists accountable when they act on their hate.”

In each of the opinions denying the appeals, the Supreme Court of Virginia said, “Upon review of the record in this case and consideration of the argument submitted in support of the granting of an appeal, the Court refuses the petition for appeal.”

Governor Ralph Northam today declared a state of emergency in advance of Hurricane Isaias, which is expected to impact parts of coastal Virginia starting on Monday, August 3, 2020.

“Hurricane Isaias is a serious storm, and current predictions indicate that it may impact parts of Virginia as early as this weekend,” said Governor Northam. “This state of emergency will ensure localities and communities have the assistance they need to protect the safety of Virginians, particularly as we continue to deal with the COVID-19 crisis. I encourage Virginians to take all necessary precautions, monitor local weather forecasts, and stay alert.”

A state of emergency allows the Commonwealth to mobilize resources and equipment needed for response and recovery efforts. While the track of Hurricane Isaias is still uncertain, it appears increasingly likely that Virginia could see impacts and therefore must prepare for the possibility of flooding, high winds, and potential storm surge that could come along with a tropical storm or hurricane.

Virginians are encouraged to consult the Virginia Hurricane Evacuation Guide During the COVID-19 Pandemic, which outlines preparedness, response, and recovery actions designed to reduce the risk of transmission of COVID-19 and protect public health.

The full text of Executive Order Sixty-Nine is available here.

• Know your zone. Evacuation may become necessary depending on the track and severity of the storm. Review Virginia’s evacuation zones at KnowYourZoneVA.org. It is important to note that the zone colors have been updated for 2020. Users can enter their physical address in the search bar of the website to view and confirm their designated evacuation zone. If the internet or computer access is not available, call 2-1-1 to learn your zone. Residents not residing in a pre-identified evacuation zone should listen to evacuation orders from local and state emergency agencies to determine if and when to evacuate.

• Make a plan. Virginians residing in eastern and coastal Virginia should consult the Virginia Hurricane Evacuation Guide During the COVID-19 Pandemic, which outlines ways to prepare for both weather and pandemic-related risks. Additional planning resources are available at ready.gov/plan.

• Prepare an emergency kit. For a list of recommended emergency supplies to sustain your household before, during, and after the storm visit VAemergency.gov/emergency-kit. Given the ongoing COVID-19 crisis, emergency kits should include face coverings and sanitization supplies.

• Stay informed. Virginians should follow the Virginia Department of Emergency Management on Twitter and Facebook for preparedness updates and their local National Weather Service office for the latest weather forecast, advisories, watches, or warnings. Download the FEMA app on your smartphone to receive mobile alerts from the National Weather Service. Power outages are always a concern during weather events—make sure you have a battery-operated radio available so you can still receive life-saving alerts.

Attorney General Mark R. Herring has again successfully defended Virginia’s COVID safety measures against legal challenge, making it at least the 13th decision Attorney General Herring and his team have won in defense of the Commonwealth’s COVID mitigation efforts that were put in place to prevent the spread of the virus and keep Virginians and their families and communities safe and healthy.

“Science has shown us that Virginia’s COVID mitigation efforts are proven effective in preventing further spread of the virus and keeping Virginians safe,” said Attorney General Herring. “As we continue to see a surge of cases around the country, including certain areas of Virginia, we know that we must continue to adhere to these critical safety measures to keep Virginians healthy. I am pleased we were once again able to successfully defend these important COVID mitigation measures, and I am really proud of the hard work my team has done to keep their fellow Virginians safe during these unprecedented times.”

The Plaintiff, in this case, William G. Dillon, Jr., who owns the Abbey Road restaurant in Virginia Beach, filed suit challenging the Governor’s executive orders that were passed to keep Virginians safe and healthy and prevent further spread of the deadly coronavirus. The Plaintiff sought a preliminary injunction that would allow him to have more patrons in his restaurant. Judge David W. Lannetti of the Norfolk Circuit Court denied the request for a preliminary injunction, as well as the plaintiff’s petition for writ of mandamus after finding that “Plaintiffs failed to prove that they will suffer irreparable injury without the requested temporary injunction, that the requested relief is in the public interest, and that the equities tip in their favor.” Additionally, Judge Lannetti acknowledges that the COVID-19 situation is ever-evolving, but he makes the point that “Courts…resolve legal – as opposed to social or political – questions; the other branches of government establish and enforce statutes and policies.”

This is the thirteenth decision Attorney General Herring and his team has won in defense of Virginia’s COVID mitigation measures, including two cases that explicitly challenged Virginia’s mask requirement, in addition to winning court cases to protect the vote during the COVID pandemic.