Do you want to enjoy the benefits of telecommuting? Here are four jobs that can easily be done from home.

1. Translator
If you want to do this type of work, you must be proficient in at least two languages. Depending on your experience, you might be hired to translate anything from literary texts to technical documents. You can work remotely for an agency or find your own clients as a freelancer.


In order to effectively grow a company’s brand and audience across various social media platforms, you need to draw on skills ranging from copywriting and graphic design to marketing and data analysis. Creativity, adaptability, and resourcefulness are crucial attributes.

3. Accounting clerk
If you’re organized, meticulous, and great with numbers, this might be the job for you. With the help of spreadsheets and accounting software, you can easily carry out a variety of bookkeeping and clerical tasks without stepping foot in the company’s office.

4. Customer service representative
If you’re a good listener with strong communication skills who also enjoys helping people find solutions to their problems, consider becoming a customer service representative. Whether you answer questions over the phone, process return request emails, or man the technical support chat line, there are plenty of ways to assist customers from the comfort of your home.

If you decide to telecommute, visit office supply stores in your area, so you can set up an ergonomic workspace in your home.

Related Topics:Employmenttelecommutingwork from home
Up Next

How to avoid work-from-home burnout

Hiring a contract worker? Exercise caution with side hustlers 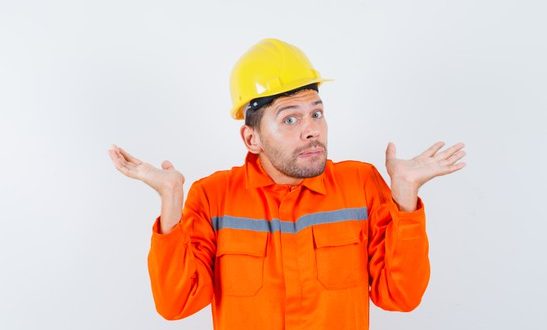 What does hustling mean to you? For some people, it means quick movement or busy activity, like football players hustling during practice. For others, it’s synonymous with a swindle or a scam, like the legendary pool hustlers of the twentieth century who scored big bucks at pool halls across the country.

Some say both definitions — hard worker and scammer — apply to people looking for work on the side in today’s economy.

In blogs and websites, the idea of a side hustle has gained traction, with many believing they can pad their bank accounts or start a business quickly. While this was once called a part-time job, today’s part-timers expect quick transactions and higher rewards.

As a contractor, side hustlers aren’t as expensive as a full-time employee and the contractor is responsible for his own taxes. But there is a difference between a business owner contracting to sell services and a side hustler.

Side hustlers:
1. Already have a job.

2. Have allegiance to their job.

3. Feel no loyalty to their side hustle.

4. Might drop a project as soon as time gets short or their real job becomes more demanding.

According to Credit Loan, 56 percent of side hustlers take on work to increase their savings, while two-thirds have a full-time job and want more spending money. The experience of Uber is that 60 percent of drivers last less than six months.

If you do hire a side hustler, here are some tips:
1. Never imply that you may not spend much money on future projects. Some side hustlers are looking for big-money projects and take small jobs to get their foot in the door. If they think the money pot is small, they are likely to drop the project.

3. Hire and pay through a freelance website, so if the work isn’t finished on time or on spec, the contractor won’t expect partial payments.

4. Regard skill descriptions with skepticism.

5. Look for contractors who make their living as independent business people.

Should you pursue a career in education?

Education is a demanding field, but it’s also enriching and highly rewarding. Here are just some of the reasons to consider pursuing work as an educator.

A fulfilling career
A career in education will allow you to work in an energetic environment surrounded by young people. This means that no day will be the same as the next. Whether you teach toddlers or teenagers, you’ll need to find creative ways to capture their attention and nurture their curiosity.

As an educator, you become a life-long learner. Each year, you’ll face new challenges, and you’ll have to adapt your teaching strategies to engage various types of learners.

A contribution to society
Teachers and other professionals in the education sector are in a position to make a profound impact on the lives of their students. In addition to helping them achieve academic success, it’s the job of educators to provide students with the knowledge and tools to become engaged citizens who go on to shape their communities and the world.

So, are you ready to take on the challenge?

Jobs in the education sector
As a teacher, you can work with nearly any age group and specialize in subjects ranging from philosophy to physical education. You can also choose from a variety of other interesting related professions, including:

The year 2020 provided a high-intensity crash course in online strategies for business owners, from social media marketing to the ins and outs of e-commerce. And because the trend is expected to stick around post-pandemic, you might want to double-check this often overlooked feature: Is your website mobile-friendly?

The website Statista reported that mobile devices account for more than half of all global online traffic. So when a mobile user lands on your website, what will they find?

Websites look different on a phone or tablet than on our laptops and their responsiveness can vary as well. Here are some things to keep in mind when evaluating how effective your site is for mobile users:

* Check how the layout appears. Headlines, images, the font size of articles, and sales pages — in short, is your site readable?

* Responsiveness. Do the pages load quickly? Are your sales cart easy to use and can a potential client or customer checkout without hassle?

* Is your layout cluttered or clean? A busy-looking website will be even harder to navigate on a mobile device.

* Make buttons easy to see and use.

If you want to know more, Google provides a testing tool to check out how mobile-friendly your site is. You can find it at https://search.google.com/test/mobile-friendly.

How to save money on shipping

With the rapid move to online ordering and fulfillment, a lot of small businesses faced a budgeting concern they hadn’t dealt with before: shipping.

Customers have come to expect free or low-cost shipping on their orders (and fast turnaround), but the reality is that small businesses often don’t have the volume to make those options viable.

What to do? You still have a number of options to ship the product and still profit.

Here are six tips for small businesses to save money on shipping:

* Use a postage meter. Believe it or not, some businesses will guess at the weight and dimensions of a package, then pay extra postage to ensure they got it right. Don’t be that guy. Know exactly what your packages weigh and what you will pay to ship them.

* Do your homework. Research carriers and rates and become familiar with how shipping gets calculated. For example, heavy items aren’t necessarily the priciest — large ones are. They take up more room in trucks.

* Check for volume discounts. You don’t have to be a large online retailer to qualify for a discount.

* Research packing supplies. You’ll need boxes, labels, tape, packing paper or bubble wrap, etc. Make sure you’ve accounted for these expenses. And check whether you can negotiate a better price for buying in bulk.

* Set a free shipping threshold. Minimum order tiers can help increase your sales by motivating customers to purchase items that will result in free shipping.

* Consider flat rate shipping. Make it easy for consumers by offering to ship products at a standard rate, but again, make sure you’ve done your research. If your items are generally of similar size and weight, this can be easy to calculate.

When you apply for a job, your personal qualities are usually what set you apart from other candidates who have the same technical skills and industry experience. Here are the top characteristics that employers are looking for.

• Emotional intelligence. You’re self-aware. Your empathy makes you good at resolving conflicts, and you remain calm in high-pressure situations.

• Creativity. You’re an avid problem-solver. You question assumptions, think outside the box, and strive to find innovative solutions.

• Cultural intelligence. You treat everyone with respect. You understand that your perspective is different from others, and you welcome diverse points of view.

• Collaboration. You’re a team player. You like working with others toward a common goal, and you offer support and encouragement to those around you.

Contact a community college in your area to find out about professional development programs that can help you hone your soft skills.

When is the last time you shopped at a Sears department store?

Most Americans probably can’t recall their most recent shopping trip to the legendary retailer. Formerly the biggest retailer in the country, the company that owns Sears and Kmart, is on life support after the retailers emerged from bankruptcy two years ago, according to CNN Business.

Transformco, the private entity that acquired Sears and Kmart after Sears Holdings entered bankruptcy in 2019, is likely biding its time until new tenants can be located to fill its valuable real estate while the company continues to sell off other valuable assets. Advance Auto Parts purchased the DieHard automotive brand, while Stanley Black and Decker purchased the Craftsman tool brand. The Kenmore appliance brand is also up for sale, according to the CNN report.

While Sears and Kmart are widely considered terminal, the situation is mixed with other retailers. According to USA Today, department, specialty, off-price, and apparel retailers suffered the most in 2020, with high-profile liquidations of the Stein Mart and Pier 1 Imports chains.

Legacy retailers, including Sears, have suffered the most as the retail landscape continues to transform, especially as Americans turned to online shopping. According to the Harvard Business Review, these companies struggle to run the company while implementing necessary changes for survival. Legendary department store Lord & Taylor did not survive 2020, while household names like JC Penney and Neiman Marcus both filed for bankruptcy.

Not all retailers are experiencing the same catastrophic fallout, however, ‚ mega-retailers Walmart, Costco, Target, Dick’s Sporting Goods, Home Depot, and Lowe’s all finished 2020 in a strong growth position as they adapt more quickly to customer needs and the changing marketplace, according to Barron’s.

The biggest winner in 2020? Online retail giant Amazon, which increased its stock price by 78 percent.