I-195 in Richmond was constructed through heavy traffic on historic thoroughfares by using the right of way of the Richmond, Fredericksburg and Potomac Railroad.

Economic conditions in the 1974-76 biennium slowed virtually all of the department’s operations as construction costs climbed 34 percent and revenue from state highwayuser tax sources fell  approximately $30 million below estimates. A seven-month moratorium was placed on most new construction, and the General Assembly asked the Virginia Advisory Legislative Council to study the impact of the rising costs and reduced revenue.

The 10-year road and street improvement program approved by the commission in 1971 set the cost of highway improvement needs at $5.2 billion by 1982. Although cost and income trends seemed to stabilize by the mid-1970s, attainment of the 10-year objectives still proved beyond reach by 1982.

It was also in the wake of the country’s fuel crisis and the dollar’s declining buying power that the Department of Highways would undergo major organizational changes. The changes resulted from action of the 1974 General Assembly, which expanded the duties of the department and enacted a new transportation policy for Virginia. To reflect this expansion, the department was renamed the Department of Highways and Transportation.

“It is hereby declared to be the policy of the Commonwealth of Virginia that the present and future welfare and mobility of the citizens of Virginia require a balanced transportation system, consisting of coordinated private and public facilities and services, provided and administered to assure adequate, safe, economical, and efficient transportation,” the assembly said.

Such a system, it continued, should “stimulate economic growth, provide access to employment, health, educational, recreation, and other activities for all… citizens, facilitate the flow of  commerce, encourage efficient allocation of human and economic resources, and preserve the inherent advantages of each mode, while utilizing inter-modal advantages to the fullest extent.”

The department’s job in the planning of air, rail, and waterway facilities was limited by the General Assembly to one of coordination. The authority of other state and local agencies and the private sector was kept intact.

Still, precisely what would be the state government’s role in the planning, development and administration of highways, rail transportation, air travel, urban mass transit, ports and waterways remained a question in the minds of department officials. And, how should state government’s resources be organized to fulfill the role?

The answer to these questions as they related to rail transportation came in 1973, after the bankruptcy of eight rail companies in the Northeast and Midwest regions of the country led the Congress to pass the Regional Rail Reorganization Act. Among other things, the act provided limited funds for rail financial assistance.

In order to qualify for the federal subsidies, states were required to develop rail plans providing an overall appraisal of their statewide rail systems and making detailed analyses of sections for which financial aid was to be requested. Development of this plan in the commonwealth was assigned to the Department of Highways and Transportation.

Virginia was fortunate that, with one exception, self-supporting rail service was provided by companies recognized as leaders in the railroad industry. The exception was the service formerly provided by the bankrupt Penn Central on the Eastern Shore and on a short segment in the Winchester area.

Since rail service in both of these areas was considered vital, the department submitted Virginia’s completed plan to the Federal Railroad Administration on Jan. 9, 1976, and it was approved less than six weeks later.

The role of public transportation in department operations enjoyed increased emphasis beginning in the late 1970s. Recognizing that well-planned transit service could reduce traffic congestion, air pollution, and the costly consumption of fuel, the 1978 General Assembly established a public transportation division within the department.

The decision to create a new division expanded a transit assistance program that began in the department nearly a decade earlier, elevating it to a higher organizational level and reflecting the growing importance of mass transit operations, particularly in urban areas.

A history of roads in Virginia: Milestones and new financial formulas

A history of roads in Virginia: Surviving an oil embargo

A history of roads in Virginia: Unexpected setbacks come in the new century

The Madison Heights Bypass through Amherst and Campbell counties draws traffic away from the
crowded Route 29 corridor.

Even before taking office in 2002, Gov. Mark R. Warner expressed concern about financing and scheduling highway projects, as well as about cost overruns for new projects and inadequate budget projections to maintain the highway infrastructure. The construction program so dramatically enlarged just two years earlier by the previous administration and the General Assembly was being severely crimped by the downturn in the economy. Rosy revenue projections foreseen for transportation in late 2001 were realized as untenable in 2002. Project cost estimates did not adequately account for inflation and were significantly low. The available funding and the extensive improvements in the transportation system called for were recognized as incompatible.

The new governor called for a “realistic and achievable” Six-Year Program for transportation improvements and directed VDOT to produce it. Secretary of Transportation Whittington W. Clement, recently appointed by the governor, indicated a sharp reduction in the construction program was necessary, saying, “We can’t do it all, but whatever it is, we’re going to do it well.”

Gov. Warner also appointed a new commissioner of transportation, Philip A. Shucet, and within weeks he and VDOT staff prepared a Six-Year Program that reduced the previously approved program by nearly a third. At the same time, Virginia’s aging highway system required more maintenance, further reducing available funding for new construction. Virginia, which long held “pay as you go” as its transportation funding philosophy, had to use Federal Reimbursement Anticipation Notes (FRANs), or special-use bonds, to help cover some construction projects’ costs.


“No doubt, tough decisions are being made to deliver a transportation program that is truly credible and realistic,” Secretary Clement said.

It appeared to be the beginning of an era of retrenchment, but at the same time, 1,157 projects across the state remained in the $7.3 billion Six-Year Program. And, simultaneously, motorists across Virginia rated highly the service they received from roads and highways, even in areas where traffic congestion was problematic.

The transportation theme of the new century, however, had been changed from spending and building to one of a realistic, credible, and systematic improvement process.

A host of factors can influence the amount you pay for your automobile insurance premiums. Here are six ways you may be able to lower them.

1. Shop around. Prices can vary significantly between different insurance providers. Make sure to work with an experienced broker who can help you find the most affordable plan.

2. Use affiliation discounts. Unions, professional associations and alumni associations often have special agreements with particular insurers. You could be eligible for a better price via the organizations you’re already a part of.

3. Negotiate. Don’t hesitate to ask for a discount. Some companies offer them to full-time students or young people whose parents have policies with them.

4. Combine. If both your car and home are insured by the same provider, you’ll likely receive a discount. In some cases, it could be substantial.

Finally, don’t hesitate to reach out to an insurance broker. Oftentimes they have access to policies that aren’t available to the general public.

The ABCs of EVs 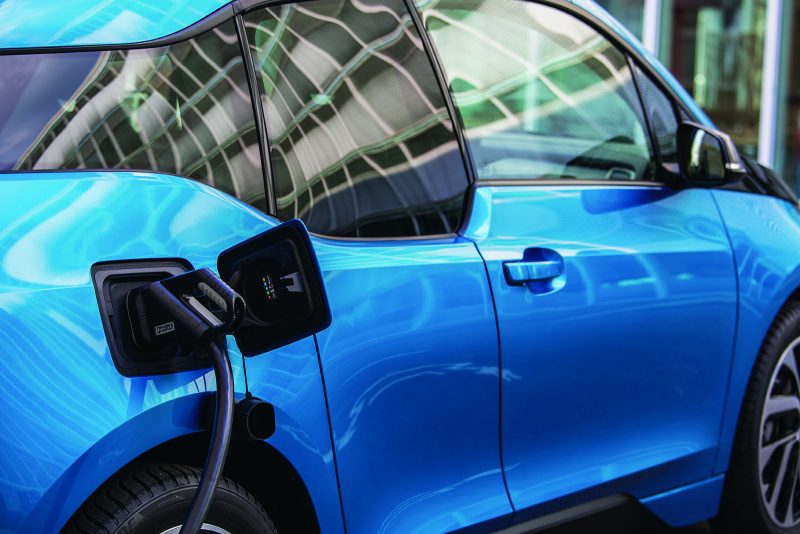 Electric vehicles (EVs) are gaining in popularity, and with good reason. These cars are silent, economical, environmentally friendly and reliable. Here’s how they work.

The battery
A fully electric car is powered by a large battery, itself composed of power cells. It’s also equipped with an electric transmission.

Charging
To operate, EVs first need to be plugged into an external power source so the battery can be charged. There are three types of charging stations:

In addition, EVs are equipped with an energy recovery mechanism called regenerative braking, which helps charge the battery while driving. It works when some of the car’s kinetic energy is converted into electricity, which is then stored in the battery. This saves a lot of battery power, thereby extending the range of the car.

To learn more about EVs, speak to an expert at your local dealership.

A history of roads in Virginia: ‘Unprecedented Investment’ for transportation projects

At $136 million, the Pinners Point project was the largest road construction contract in Virginia’s history when it was begun in 2002. It provides an interstate-type connection from Portsmouth’s
Western Freeway into the Portsmouth Marine Terminal and the Midtown Tunnel connecting Norfolk
and Portsmouth.

Through the Virginia Transportation Act of 2000, legislators provided for about $3 billion in new money or accelerated financing for $10 billion worth of highway construction, public transportation, airports, and ports during the next six years. It was called “an unprecedented investment in transportation in the commonwealth’s history” by Gov. Gilmore, and Commissioner Charles D. Nottingham, responding to the momentum of the bill, said, “We will build roads as fast as the law allows and the money flow allows.”

In December 2000, Gov. Gilmore proposed a Transportation Reform Initiative to reduce the time required for completion of construction projects and to bring savings in the construction program of $140 million annually. In the proposal were 105 recommendations for best practices developed by the Governor’s Commission on Transportation Policy. The recommendations included one to allow the CTB to enter into design-build contracts, which put one contractor in charge of an entire highway project rather than dividing responsibility for the project among many contractors under VDOT’s supervision. The General Assembly was asked to pass into law several of these recommendations, and in 2001 did so, including one to allow counties to choose to reassume responsibilities for building or maintaining secondary roads within their boundaries.

What should you do after a car accident?

The average driver will be involved in at least one car accident during their lifetime. Be prepared for this eventuality by knowing what you should do after a collision.

Determine if anyone is injured
Before you do anything else, check yourself and your passengers for injuries. If anyone is hurt, call 911 right away or have another person do so.

Exchange information
Gather as much information as you can after the accident, including the following:

Finally, be sure to inform your insurer about the accident as soon as you’re able to do so. This will speed up the claims process and ensure your report is processed quicker.

Children ages 5 and up are invited to explore all the amazing things you can do with Legos.  Registration begins January 1.
View Calendar