Dr. Joseph Warren was born June 11, 1741, and martyred June 17, 1775, at the Battle of Breeds Hill/Bunker Hill. His death came upon the third siege of the British Army seeking to stamp out the American rebellion. Joseph Warren upon learning of the impending battle to take place at Bunker Hill rode there, but declined to take charge of the colonial forces, under Colonial Commanders Israel Putnam and William Prescott, even though holding the rank of Major General. Joseph Warren desired to serve as a private in the trenches with his fellow soldiers.

Map of the Battle of Bunker Hill

The Americans fought fiercely, but being out of powder and musket balls, the Patriots were forced back by the third British wave. General Warren rallying the Americans, wounded and bayoneted in the leg, fought on encouraging his fellow patriot soldiers to resist. A musket ball to his head instantly ended his life; the British prevailed but lost 50% of their Army. British General Thomas Gage ordered that Joseph’s body be mutilated beyond recognition and quickly buried. Two days later, the British dug up Joseph’s body and further desecrated it by spitting on it, jumping on it and cutting off his head. He was again thrown into a shallow grave. General Gage reportedly said, “Warren’s death is equal to 500 men.”

Before the battle, Dr. Warren’s mother begged him not to risk his life. He answered, “Where danger is, dear mother, there must your son be. Now is no time for any of America’s children to shrink from any hazard. I will set her free or die.” Dr. Warren, a widower, and Harvard educated Doctor of Medicine, at 34-years-of-age left four children. The United States Continental Congress voted to support his children until they were of age, indicating our nation’s appreciation for this heroic patriot. Abigail Adams wrote her husband, John Adams, of her grief at this loss and lamented he would have been our President.

In the early days of the American Rebellion his name inspired America, and only later, as General George Washington took charge, did Dr. Joseph Warren’s star began to set. But he remains America’s first great hero and a Founding Father of our Independent and Free United States of America.

The Flag Ceremony Program is scheduled as follows:

This week’s showtimes at Royal Cinemas as of June 11th 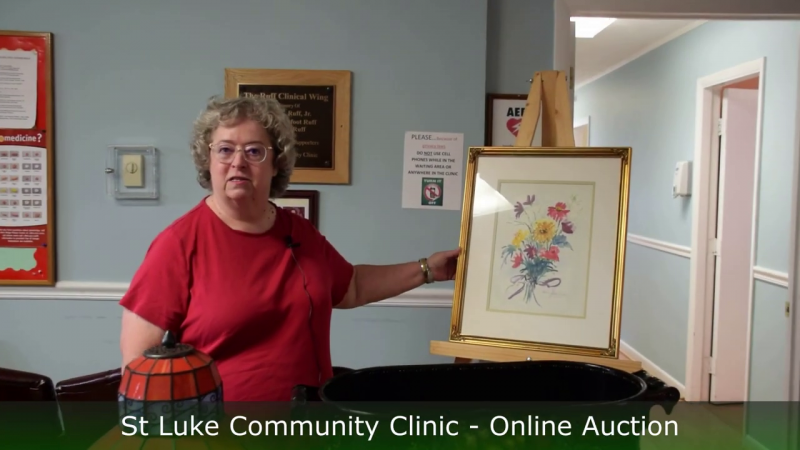 Meet our Mayoral and Town Council candidates (along with some current members) in a town hall forum setting outdoors.

Bring your questions! Let’s all get to know those who are making our decisions a little better. Friday, September 18th at the Gazebo at 6 pm.

In this Town Talk, our publisher Mike McCool speaks with Jerry Sarchet, the new WCHS Football Coach. When the school shut down last March, all sports programs also ended, along with the fund-raising by the Warren Wildcat Athletic Association. The WWAA provides support to the WC football program and is sponsoring a golf tournament on September 25, 2020, at the Bowling Green Golf Course.

This event is an 18 hole scramble with a shotgun start including a box lunch and two drink tickets. There will be the longest drive contest and a chance to win a new car (valued up to $20,000) on a par 3 hole. There will be a pay to play 50/50 putting contest. There also will be a silent auction. There is still room for players and sponsors.

The Humane Society of Warren County announced tickets for their 9th annual Tails and Ales event are on sale NOW at the shelter!

“The event will look different this year as we are going virtual”, says Kayla Wines, Shelter Manager. Tickets are just $10 and includes your invite to our online bidding platform (Bid Beacon), entry into our door prize drawings and the grand prize drawing – both will be drawn at random.

When you purchase your ticket, we will ask you to provide your email address. 2 weeks prior to the event, we will send out an invite link to Bid Beacon so you can preview auction baskets. The auction will start on 11/14 and end on 11/16.

Our grand prize will feature a 1-night stay at the beautiful Mimslynn Inn in Luray VA, tickets to Luray Caverns, a $100 VISA gift card, dinner for two and 2 Tails and Ales souvenir glasses. We will also have our usual 50/50 raffle and tickets can be purchased directly from the bidding site.

Bid Beacon is very simple to use and there is also a handy app that can be downloaded to your phone. Bid on all you want from the comfort of your couch! Give us a call if you are needing tickets at 540-635-4734.

During the event, be sure to check out our Facebook page for video updates and virtual cheers to our supporters!

The Humane Society of Warren County is a non-profit organization dedicated to providing compassionate care to abandoned, abused, homeless and neglected animals in our community. It is our vision to be part of a community where every pet is a wanted pet.

LFCC’s Evening with the Stars tradition continues with a twist

The LFCC Educational Foundation’s Evening with the Stars benefit will go on, but like many events this year, will feature a twist – it will be online, but with an accompanying real-life feast.

Attendees will pick up a “party-to-go” kit between 4 and 6 p.m., Thursday, September 24, from the parking lot of the under-construction Luray-Page County Center, located at 275 Allison Way, Luray.

Each $50 ticket – of which $30 is a tax-deductible donation – includes a charcuterie board prepared by The Valley Cork and a link to an exclusive online video presentation. Beer from Hawksbill Brewing Co. and wine from Faithbrooke Farm and Vineyards are also available for purchase.

Proceeds from Evening with the Stars will go towards the new Luray-Page County Center, which is on schedule to open in January.

“Our video evening will feature footage on the progress of the new center and a bit of its history,” said Foundation development officer Tami O’Brien. “We will also hear from LFCC President Kim Blosser – a Page County native and current resident – as well as the business leaders and donors who have made possible this exciting opportunity for more Page County citizens to continue their higher education without leaving home.”

To accommodate our vendors, it is asked that tickets be purchased by Friday, Sept. 18. Tickets are available at lfcc.edu/stars. If you have questions or need assistance, contact O’Brien at tobrien@lfcc.edu, or 540-351-1046.

We would like to thank our sponsors, Luray Caverns, LD&B Insurance and Financial Servies, Racey Engineering and Syntelligent Analytic Solutions LLC.

Local author Scott Bradley Hesson will be at the Royal Oak Bookshop, 27 S Royal Avenue, Front Royal, Virginia on September 20th, from 1 pm to 3 pm, to sign his book, “There Might Be Ghosts Inside Those Hills.”

His book is about the personal experiences he had working in several of the caverns in the area. Here is a highlight.

Where some might find a cavern a dark and gloomy place, to me, there is no better, more relaxing place on earth, or in earth. Then again, I have been working in them since I was twelve-thirteen, officially. So I am more used to them than most people.

Over those years, I and a few of my friends have seen some pretty unusual things. Not just the beauty of the formations and the chambers, but things that might curl the hair of most. I have heard but never saw two little girls laugh. I have seen women from the last millennium dressed in their Sunday best turn into mist. I have made a Civil War soldier mad at me and watched him turn into a ball of black smoke. I have heard the scream of a woman in the dark. These experiences are some of the most vivid memories of my life.

Unlike some, I really find these things fascinating and consider myself fortunate to have experienced them. Here I tell of some of these experiences, and many others, including things that I have experienced with real people. I also relay some of the most unusual and, some might call intriguing, things about caves in general. After all, caves have been around for a long time and explored by thousands-in some cases, long before us. In all, I have to say I have lived a blessed life, and thank God for everything I have.

In this book, I tell of some things that he has let me see. I would like to see more unusual things, but I really don’t seem to have any kind of control over any of it. I do know that it has been fun getting there so far and really do hope it will continue. Only time will tell, and one day, maybe I will have enough for a volume two-that would be the ultimate. I do hope to have a couple of new books in the future, after all, I have dealt with the public most of my life. They are, in some cases, more fascinating than the apparitions that I have encountered.

Mark your calendar for September 20, 2020 to meet the author at his book signing, at Royal Oak Bookshop, 207 S Royal Avenue in Front Royal.