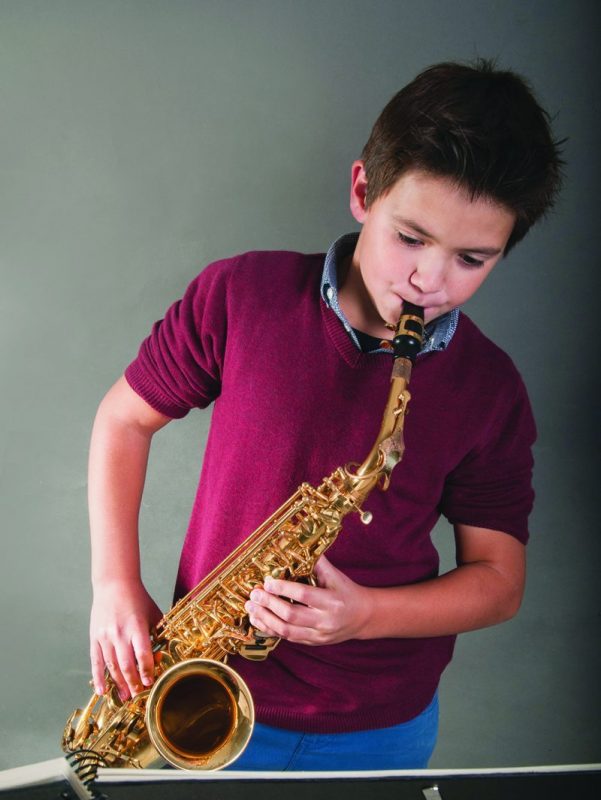 Do you or your child have a passion for music? If so, learning to play an instrument could be hugely rewarding. Whether it’s yourself or your kid that you want to enroll in music lessons, there are a number of benefits that can come from doing so. Here are four of them.

1. It’s good for your brain. Playing music has been shown to improve cognitive function in a number of ways. For instance, it improves coordination and sharpens memory. It’s also very beneficial to children’s development, as it enhances abstract reasoning skills essential to math, science and problem solving.

2. It can help build confidence. Learning an instrument can be tough at first but practitioners are bound to make noticeable progress if they persevere. Developing one’s musical ability is gratifying and can make those who do so more confident in their ability to learn new skills.

3. It teaches discipline. Learning a musical instrument takes time, effort and perseverance. It teaches people, especially children, the valuable life lesson that they have to apply themselves to achieve their goals. Maintaining a rigorous practice schedule develops self-discipline.

4. It can enrich your social life. As a practitioner becomes more comfortable playing their instrument, they can find others to play with, either casually or for paid gigs. Playing music with others is a great way to forge meaningful connections. You’ll also be able to entertain friends and family members.

Ready to learn how to play a musical instrument? You’re never too old to start! Find an instructor in your area and you’ll pick up the basics in no time.

Related Topics:musicmusical instrument
Up Next

Thanksgiving celebrations are steeped in tradition, but how much do you know about the history of this holiday? Test your knowledge with this quick quiz.

1. During which historical event did Thanksgiving become an annual federal holiday?

a. World War I
b. The Civil War

2. When was the first Macy’s Thanksgiving Day Parade?

3. Under which president did the turkey pardon become an annual tradition?

4. How long had the Wampanoag been living in the Cape Cod area when the English settlers arrived?

5. Which classic Christmas song was originally meant to be sung on Thanksgiving?

6. Why did President Franklin Roosevelt move up Thanksgiving by one week in 1939?

a. To coincide with the launch of the final phase of the New Deal
b. To allow soldiers to spend time with their families before deployment
c. To appease businesses that wanted a longer Christmas shopping season
d. To make sure the annual football game wouldn’t be held in the snow

7. When was the first Turkey Trot?

8. What types of protein were likely eaten at the first Thanksgiving celebration in 1621?

a. Venison and seafood
b. Turkey and buffalo
c. Quail and ham
d. Chicken and lamb

How to make the most of Black Friday sales

For many people, Black Friday marks the start of the holiday shopping season, and with good reason. This highly anticipated event is an opportunity to buy everything from toys to electronics at incredibly low prices. Here are a few tips to help you find the best deals on November 27, 2020.

Sign up for newsletters
A few weeks before Black Friday, register to receive emails from various big-box stores and specialty shops. This will help keep you up to date on the latest deals. Plus, many stores offer exclusive discounts to loyal customers through their newsletters.


Black Friday is a good opportunity to check items off your holiday shopping list, but keep in mind that these limited-time offers to apply to a wide range of products and services. Now might be a great time to replace your glasses, purchase new winter tires, or book a family vacation.

Compare various offers
Once you’ve compiled your wish list, consult your local newspaper, as well as a variety of flyers and websites, to make sure you find the best deals. In addition to saving money, you’ll know in advance which stores to visit. Remember to have a plan B in mind since products tend to sell out fast on Black Friday.

Wake up early
Many discounted items are available in limited quantities on Black Friday, so don’t wait to head to stores or make online purchases. Besides, if you have a lengthy shopping list, it’s best to give yourself plenty of time since you’ll likely need to wait in line.

While you might be eager to get your hands on the latest gadget or the perfect gift, remember to be courteous toward retail staff and other shoppers. After all, it’s Christmastime!

How to make the holidays more affordable

While it’s almost impossible to avoid spending money around Christmastime, the festivities and gift-giving shouldn’t put you in debt. Here are a few tips for an enjoyable and affordable holiday season.

Create a budget
Write a list of all your holiday purchases including presents, food, drinks, decorations, and new outfits. Then, determine how much you can afford to spend on each category. To ensure you respect your budget, place the allocated money in an envelope, and use that instead of your credit card.


Start shopping early and spread out your purchases over several weeks. This will help you avoid paying for everything at once or accumulating interest on a large outstanding credit card bill. You’ll also have more time to look for deals and stock up on items like gift wrap and non-perishable food when they’re on sale.

Buy local
If you purchase as much as you can nearby, you’ll save on gas and time. If you prefer to shop online, you’ll avoid exorbitant shipping fees. Additionally, sign up for newsletters from local stores as these sometimes contain exclusive offers.

Limit your expenses
There are plenty of simple ways to spend less during the holidays without missing out on the magic of the season. Among other things, you can:

• Organize a clothing swap with friends to refresh your holiday wardrobe

At the end of the day, the holidays are about spending quality time with loved ones, which is truly priceless.

Wardrobe essentials: what every man should have in his closet

Trends come and go, but some types of clothes are timeless. Here are the essential items you should have in your wardrobe, regardless of your personal style:

When shopping for these or other types of clothes, make sure to buy quality items and take proper care of them so that they last for years to come.

Tips for being a positive role model for your kids

It’s often said that children are like sponges as they tend to absorb and mimic the values, attitudes, and behaviors of their parents. Here are some ways to be a good role model for your kids and consequently encourage them to live healthy, happy, and fulfilling lives.

Cook passionately
Involve your kids in the cooking, and try to use unprocessed, locally grown, and made products. Draw your kids’ attention to the colors, tastes, and textures of the food to help them develop their palate and curiosity.


Resist the temptation to curse the motorist who cuts you off or brakes suddenly. Also, you should always drive smoothly and defensively when a child is in the car. In addition to keeping your kids protected, you’ll teach them how to stay safe on the road.

Ditch the screen
Dads who constantly have their phones out or who spend their evenings playing video games are showing their children that screens are a high priority. Discipline yourself to use your devices when your children are away or asleep, and spend lots of time playing fun games with your kids that don’t involve screens.

Be kind and affectionate
When you treat others with kindness, respect, and love, your child will want to do the same, not only because they look up to you, but also because they’ll see how much these behaviors enrich the lives of everyone around them.

Keep a tidy home
A clean house is more pleasant and hygienic to live in than a messy one. Instill in your kids a preference for an orderly home by giving them one. And be sure to split up the work equally with your partner to show your kids that household chores are everyone’s responsibility.

Finally, stay focused on improving the behaviors, you model. Everyone makes mistakes and no one is a perfect parent. However, if you strive to be better, it will make a big difference.

Are you thinking about making your side hustle your full-time job? Trading regular work for the thrill of pursuing your passion can be rewarding, but it’s definitely a step that requires careful deliberation. Are you ready to make the leap? Here are three signs that suggest you are.

1. Demand is skyrocketing
If you have more clients than you can handle and you’re sending some of them to the competition, it’s likely a good time to focus exclusively on your business. Just make sure the uptick in demand isn’t temporary. Consider talking with your customers to get an idea of whether their needs are short- or long-term.

2. Your revenue is increasing


If your profits have been steadily climbing for a few years, it may be time to make your side hustle your full-time gig. However, it’s important to build up substantial savings first, just in case things don’t go as planned.

3. You’ve been at it for a while
If you’ve worked your side gig for a number of years, you likely have a pretty good idea of whether it suits your personality and lifestyle. Being well acquainted with the ins and outs of your side hustle first will ensure you can cope with the demands of the business.

Not everyone has the discipline and skill set required to be an entrepreneur. Think carefully before you make a decision.