Mark was born in Fairfax, VA, on April 15, 1968, the son of Sandra Ann Hall and the late Charles “Greg” Gregory Dick.

The Dick family moved to Front Royal in 1970, where Mark graduated from Warren County High School in 1986. He graduated from the Virginia Military Institute in 1990 with a Bachelor of Arts in Economics and holds a Master of Science in Management with a concentration in Information Systems and Technology from the Florida Institute of Technology. At VMI, Mark was a varsity letterman in Tennis, a trumpet player in Band Company, and led or participated in many other organizations and clubs. In May 1986, Mark was honored to receive the Beta Commission for the Kappa Alpha Order.

After graduating from VMI, Mark followed in his father’s footsteps and was commissioned as a Second Lieutenant in the United States Army. He became a valued logistician for the US Army Medical Service Corps. He served in a variety of military positions, including Department of the Army Systems Coordinator, Office of the Assistant Secretary of the Army (Acquisition, Logistics, and Technology), Project Manager for the Joint Medical Asset Repository (JMAR), and Medical Logistics Total Asset Visibility Program, Medical Operations and Logistics Director U.S. Army Materiel Command, Deputy Director of Logistics Services and Director of Materials Management Walter Reed Army Medical Center, Program Manager, Joint Trauma Analysis and Prevention of Injury in Combat (JTAPIC) Program under the Department of Defense (DoD) Blast Injury Research Program Executive Agency (EA).

Upon retirement from the Army, he worked in the private sector and served on the Board of Trustees for Wakefield Country Day School in Huntly, Virginia, where he also enjoyed coaching tennis and basketball. He most recently served in a contractor role as the Director of Facilities for the Field Operations Canine Academy of the Department of Homeland Security in Front Royal, VA. Beyond Mark’s patriotic service and illustrious professional career, he valued the simpler things in life – he loved his family, friends, animals, and sports.

In lieu of flowers, the family asks that donations be made to the Kappa Alpha Foundation KAOEF. The online form for donations is www.KAOEF.org/donate, or checks may be made payable to KAOEF and mailed to P.O. Box 1865, Lexington, VA 24450. In the alternative, as an avid supporter of animals, the Warren County Humane Society, 1245 Progress Drive, Front Royal, Virginia 22630.

Related Topics:Mark Walton Dick
Up Next 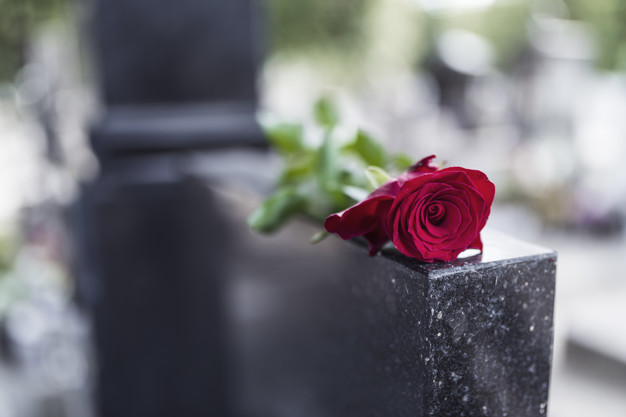 The family will receive friends one hour before the service at the funeral home.

Raymond Miller McCorkle, 90, departed this life on December 4, 2022, as a resident of Lynn Care Center, Front Royal, VA. He went on to join the Love of his Life, ‘Doris Jane’, his wife of 71 years.

Born November 16, 1932, he was the son of Oscar Sanford and Hattie Vanettha McCorkle from Charlotte, NC.

Ray, known by many, served in the United States Army from 1946-1949. He was stationed at Ft. Belvior, VA. He served as a Medical Supply Specialist with the 707 1st Medical Group.

He worked for Giant Food as a Journeyman Meat Cutter in Herndon, Chantilly, and Fairfax, VA, and finally retired from the store in Warrenton, VA. Before that, he worked at Grimsley’s Market in the 1960s and drove a school bus part-time for John S. Mosby Academy. Many evenings spending his time with another talent, sign painting, anything from billboards along Rt. 522, or painting race cars for Winchester Speedway. He also created and painted the sign for John S. Mosby Academy that sat at 15th Street.

He was a member of the area Odd Fellows IOOF Club for over 50 years, serving as Treasurer/Secretary. Ray was as a member of Marlow Heights Baptist Church and served as a Deacon and Sunday School Superintendent for several years. Ray was a great man of Faith and served his community well, and was a caring Family Man.

Racing being his most prized hobby, he raced  Go-Karts on the weekends early in his life at the local tracks.

He is preceded in death by his wife, Doris J. McCorkle; a son, Jerry Wayne McCorkle; and daughter, Karen Sue Cole. He was also preceded by his brothers, Elmer McCorkle, Karl McCorkle, Paul McCorkle, and Sidney McCorkle, and one sister, Cora Lee Griffin, all of Charlotte, North Carolina.

The family asked that any donations be made to Marlow Heights Baptist Church, Front Royal, VA, or St. Jude Children’s Hospital.

A funeral service will be held at 11:00 am on Wednesday, December 14, 2022, at Maddox Funeral Home, 105 W Main St. Front Royal, Virginia 22630, with Reverend Dr. Susan Gum Catlett officiating. Guests are welcome to visit with the family one hour before the service. Following all services, the burial will take place at Shenandoah Memorial Park.

Donna was born on August 3, 1935, in Parkersburg, West Virginia, to the late Donald Eaton and Marie Cullers. She was also preceded in death by her husband, Max Clatterbuck.

Donna was a member of Emmanuel United Methodist Church and a member of the Winchester Senior Center. She would often go to dinners and play dominos with the ladies’ church group, and of course, she wouldn’t go anywhere without looking her best; she had a great fashion sense. Donna was also a Warren County Graduate with the class of 1955.

Pallbearers will be family.

In lieu of flowers, memorial contributions may be made to Susan G. Komen’s walk for the cure at https://secure.info-komen.org/site/Donation

Mrs. Sinclair was born on July 16, 1947, in Mesa, Arizona, to the late James Woodrow Sain and Hilda Hinegardner Sain. She was also preceded in death by her husband, Gerald Sinclair.

Mrs. Fincham was born on April 8, 1972, in Winchester, Virginia, to the late Dennis W. Wines Sr. and to Debra Pennington Fincham. She was also preceded in death by her stepfather, Bobby G. Stonebreaker, and stepson, Jeffrey Fincham Jr.

In lieu of flowers, memorial donations may be made to Blue Ridge Hospice, 333 West Cork Street, Winchester, Virginia 22601.

Linda Mellott Beatty, loving wife, mother, grandmother, and friend, 72, of Stephens City, Virginia, went home to be with her Lord and Savior Jesus Christ on Monday, December 5, 2022, passing away peacefully at 8:09 in the morning surrounded by family.

She attended Lighthouse Full Gospel Church and gave 43 dedicated years as a Court Clerk with Warren County Juvenile and Domestic Relations. She will be greatly missed by her loving family, the County of Warren, and her many friends.

Linda was preceded in death by her parents; and a brother, Grover Cleveland Mellott, Jr.

The family will receive friends on Saturday, December 10, from 12-2 p.m. at the church.