In the era of pandemics and lockdowns, resilience is the key to coping with the changing demands of business and the office.

3. Learn to look carefully for the root causes of problems. Work out what you can change or control and what you can’t. Put your energy into the things you can control.

4. Believe in yourself. Address setbacks–or major work changes–by seeing yourself as competent to succeed.

6. Understand what others think and feel.

7. Adaptability. Willingness to change in the face of adversity or circumstance.

From a psychological perspective, resilience also means adopting positive emotions, according to Psychology Today. That may mean you have to seek out the things and situations that have made you feel positive, happy, engaged, or grateful. Even old movies or sitcoms might put you in that mood. Exercising or dancing could help you feel joy. Completing a home project might help stir a sense of competence.

Would you make a good care attendant?

How to avoid hiring the wrong candidate

Go Global: The other Amazons worldwide

Amazon may have been the original get-it-cheap-and-get-it-fast online retail giant, but other countries have their own versions, too, and many are open for American business.

At the beginning of 2020, Coupang launched a global retail partner program, establishing teams and warehousing in California to makes U.S. product sales and distribution to Korea easy.

This makes it a prime market even for products from small businesses — not just its big vendors like Lego, Downy, Carter’s, and Gap, among others.

The Korean market is massive with $119 billion in sales expected this year. More than 99 percent of Coupang sales are delivered in one day, sometimes within hours.

In China, AliBaba rules both the retail and wholesale markets, according to Forbes. And just like Amazon, the company — named as the 31st biggest in the world by Forbes in 2020 — has its fingers in lots of other pies, too, including cloud computing, entertainment, web hosting, and other computing services.

In 2019, Alibaba opened up its platform to allow American companies to sell products to small and mid-size business buyers. Before that, U.S. businesses could only buy from Alibaba, not sell, according to CNN.

South America has its own e-commerce giant, too — The Argentina-based Mercado Libre provides an e-commerce marketplace and digital payments platform for developing markets, and according to PYMNTS, growth has been explosive, particularly with its digital payments platform. Experts are optimistic that Mercado Libre can play a key role in modernizing Latin America’s digital marketplace, which lags behind other countries. This is due in part to banking access issues — in Brazil, for example, just 25 percent of consumers have bank accounts.

Like Amazon, it offers logistics, warehousing, and online payments. It is present in 18 countries.

Its Global Selling Program allows international merchants to sell throughout Latin America, according to GeekSeller. Sellers receive pre-printed shipping labels from DHL, which eliminates the need for sellers to negotiate with other shipping providers.

Do you have what it takes to be a social media manager?

If you have good communication skills and a knack for technology, you might be interested in working as a social media manager. In this role, you’d be responsible for expanding a company’s online presence and representing its brand across various social media platforms.

In addition to a university degree or work experience in marketing, communications, or a similar field, you’ll need certain qualities to be an effective social media manager, including:

• A mastery of the written language

• An interest in social media

Social media management can be a great career for the right person. If you think it may be a good fit for you, start looking for opportunities or consider getting a degree in communications or marketing. 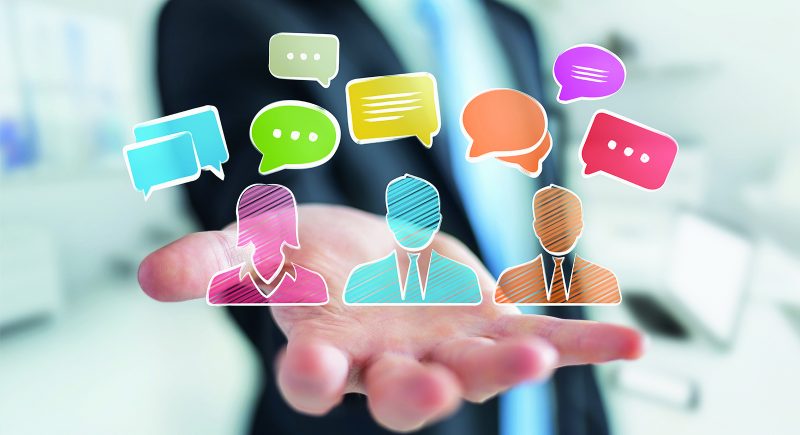 Would you like to work in the justice system? In addition to police officers, lawyers, and notaries, there are a variety of other professions related to upholding the law. Here are seven legal careers that may be right for you.

1. Probation officer
This professional is responsible for supervising people on probation, managing their cases, and helping them reintegrate into society. Strong interpersonal skills are a must for this job.

3. Court clerk
This behind-the-scenes role involves administering oaths to witnesses and maintaining court records, among other administrative duties. Communication and organizational skills are valuable assets in this position.

4. Bailiff
This job often involves carrying out difficult work such as seizing property and serving legal orders. However, at the core of this role is a commitment to protecting courtrooms and enforcing the decisions made within them.

5. Court interpreter
The responsibility of a court interpreter is to ensure witnesses and defendants who have trouble understanding or speaking English can participate fully in the proceedings. This requires proficiency in at least two languages as well as legal jargon.

6. Legal translator
From contracts and wills to laws and legal decisions, this type of translator specializes in adapting a variety of legal documents and texts from one language to another. This work requires attention to detail and a thorough understanding of legal vocabulary.

7. Court reporter
Using a written language known as shorthand, a court reporter transcribes everything that’s said during court proceedings. This transcript becomes the official record, which means the work must be done diligently.

If you’re interested in these or other legal jobs, find out what training programs and employment opportunities are available in your area.

Business reimagined: Paint-by-number is back

Paint-by-number kits were first developed in 1950 by an artist named Dan Robbins, who pitched the idea to his boss, Max S. Klein, owner of the Palmer Paint Company in Michigan, according to Segmation.com. Klein marketed and promoted them and the company sold 12 million kits by proclaiming that anyone could be an artist.

The kits were derided back then as kitschy art for the uncreative. But, in fact, at least 30 top-notch artists, including Robbins, worked on the original paintings on which paint-by-number (PBN) works were based. The paintings actually forged something of their own style since limited colors created a sort of blocky art. But today people collect the best specimens, some of which still lurk in garages and attics.

After a run of a couple of decades, the old PBN mostly faded away, but today, it’s back big, and it has changed.

Technology has changed, for one thing. Today, you can get a photo of your grandkids changed into paint by number. Or a photo of anything.

Interest in the craft has soared during lockdowns for COVID-19. Hundreds of new designs are available in all sorts of themes.

How to drop out of a hiring process

Are you being considered for a job that you now realize isn’t a good fit? Here are three tips to help you withdraw your candidacy without damaging your reputation.

1. Do it as soon as possible
After going through the interview process, you may realize that the position or company isn’t what you thought. You can take a few days to decide, but it’s best to let the recruiter know sooner rather than later to avoid wasting their time.

2. Confirm it in writing
You may want to announce your withdrawal over the phone if that’s been your primary means of communication with the recruiter. However, you should always follow up in writing. A simple email thanking the recruiter for their time and consideration will help keep the door open for future opportunities.

3. Provide a brief explanation
Avoid getting bogged down in the details about your decision to withdraw. If you’ve accepted a job elsewhere, you can mention it but don’t specify the company or position. If you don’t like the company culture, simply state that you don’t feel the position is a good fit for you at this time. If you’re not satisfied with the proposed salary or benefits, reaffirm your interest in the company before specifying your reason for the refusal.

By following these tips, you should be able to drop out of the hiring process without burning any bridges. This is particularly important if you want to apply for another position with the company at a later date.

It’s one of the most visible commodities and its price affects us every day: Gasoline.

And experts predict that small businesses will be hit this summer by a gas price spike that will be high enough to raise the everyday costs of doing business.

Already, gasoline prices are surging — according to Gas Buddy at the end of March, prices were up nearly 80 cents compared to the same time in 2020, and trend lines are expected to continue to spike upward. Prices could reach a national average of $3 per gallon by Memorial Day, according to the Miami Herald. The price spike is part of a long, slow rise that has been building since gas prices bottomed out in early May 2020, when the COVID-19 pandemic sent demand plummeting.

Rising gasoline prices raise overhead and the cost of doing business, which cuts into profits. With that tension, something has to change. Either product will change, prices will rise or services will be cut.

For businesses that rely on a fleet, be it one or 100 vehicles, higher gas prices could require some changes in service areas, vehicles, or services, according to the Houston Chronicle.

The smallest of small businesses, like food trucks in Los Angeles for example, have experienced gasoline prices over $4 since 2019. In response, they cut their routes and parked in their most lucrative locations.

Raising prices in competitive markets might not be the first choice for businesses. But as overhead continues to rise, some changes are inevitable, whether in the workforce, product quality, or consumer prices, according to the Houston Chronicle.