On March 29, 2021, the Colonel James Wood II Chapter of the Virginia Society Sons of the American Revolution sponsored a salute to Vietnam Veterans at the Commonwealth Senior Living Facility in Front Royal. Compatriots from the chapter were there to provide a commemoration for National Vietnam Veterans Day. Larry Johnson provided prayers, and Marty Keesecker led the group in the Pledge of Allegiance.

This event honors all veterans from that era as explained by Dale Corey who further provided background information about the day. He explained how the United States became involved in Indochina. From 1955 to 1975, 9 million Americans served in the armed forces with 2.7 million, including 11,000 women serving in Vietnam. Compatriots related stories of their Vietnam experience and of friends who became one of the 58,000 plus Americans who did not come back from that war.

Also on March 29, 2021, the Colonel James Wood II Chapter of the Virginia Society Sons of the American Revolution participated with the Culpeper Minutemen Chapter in commemorating Vietnam Era Veterans. A ceremony was held at the Culpeper Courthouse next to a monument dedication to the veterans who fought and perished during the Vietnam Conflict.

The day is observed every year on March 29th with the following objectives:

This commemoration was begun when Congress authorized a program commemorating the 50th anniversary of the Vietnam War, which was signed into law January 28, 2008, by President Barack Obama. An inaugural Presidential event was held on Memorial Day, May 28, 2012. In 2017, President Donald Trump issued the following proclamation: “To ensure the sacrifices of the 9 million heroes who served during this difficult chapter of our country’s history are remembered for generations to come, I signed into law the Vietnam War Veterans Recognition Act of 2017, designating March 29th of each year as National Vietnam War Veterans Day. Throughout this Commemoration of the 50th Anniversary of the Vietnam War, and every March 29 hereafter, we will honor all those who answered our Nation’s call to duty.” – President Trump.

This commemoration covers U.S. Armed Forces personnel with active duty service between November 1, 1955, to May 15, 1975, regardless of location of service. This includes the 2.7 million service members who served in Vietnam. The 58,000 plus whose names are memorialized on the black granite wall in Washington, D.C. The 304,000 who were wounded, 1,245 missing in action and the 2,500 prisoners of war. Further noted are the 11,000 women who answered the call to service in Vietnam during the conflict.

Related Topics:Colonel James Wood II ChapterNational Vietnam Veterans DayVietnam VeteransVirginia Society of the Sons of the American Revolution
Up Next

The Northwestern Prevention Collaborative and Northwestern Community Services Board will offer a free virtual REVIVE! Training on Friday, April 30th from 12:30 pm to 1:30 pm. The one-hour online class provides an overview of how to recognize an opioid overdose, respond to an opioid emergency, and administer life-saving naloxone.

Opioids are highly potent, making it relatively easy for accidental overdoses to happen. Families who do not keep medications locked up are at risk of children accidentally ingesting the medication, resulting in an overdose. Therefore, this training is ideal for those who have loved ones who use or have used opioids in the past, as well as those who have personally used or are using opioids.

In addition, the recent increase of illicit Fentanyl in our area has caused an increase in the number of overdoses in unsuspecting victims. Those who work in public places or businesses where overdoses may occur can be part of the defense against overdoses, and they are encouraged to attend this free training.

All attendees will receive two free doses of Narcan by mail.

The Northwestern Prevention Collaborative covers the Lord Fairfax Planning District, encompassing the City of Winchester and the counties of Clarke, Frederick, Page, Shenandoah, and Warren. NPC focuses on education around opioids, marijuana, juuling, and alcohol, with dual goals of preventing young people from misusing drugs and reducing the number of overdose deaths. The Collaborative is a partnership between Page Alliance for Community Action, Family Youth Initiative, Warren Coalition, Northern Shenandoah Valley Substance Abuse Coalition, and the Prevention Department of Northwestern Community Services.

About the Prevention Department at Northwestern Community Services Board

The Prevention Department at Northwestern Community Services Board has a mission to prevent substance misuse and suicide and to promote mental wellness in the Lord Fairfax Planning District. The Department utilizes evidence-based programs, practices and strategies targeting concerns identified by needs assessments and using the Strategic Prevention Framework as its guide. An emphasis is placed on community collaboration and mobilization, enabling groups to be brought together for the benefit of the community. Find more information at nwcsb.com/prevention.

The Town of Front Royal will host a ribbon cutting ceremony for the newly completed pavilion located near the Gazebo Area at Main and Chester Streets in Downtown Front Royal on Friday, April 9th at 11:30am. The Town encourages citizens and members of the press to attend this ceremony.

The pavilion includes restrooms and free Wi-Fi. It will be open to the public to use during daylight hours. No reservations are necessary.

If any citizen or members of the press have any questions, please contact Todd C. Jones, Town Public Information Officer.

(From a press release from Town of Front Royal.)

Join us for our Focus on Health Virtual Employment and Education Fair for the Health Professions on Tuesday, April 20. The event will be hosted online from 10 a.m. to 2 p.m.

A list of employers and further details will be posted to www.lfcc.edu/healthfair. If you have questions, please email career and academic advisor, Taylor Luther, at tluther@lfcc.edu.

B-Chord plays the perfect host to a social-distanced outdoor concert with a charming stage at the foot of a gentle amphitheater slope. “Pods” are delineated by picnic tables, so you can come with a cake to celebrate mom while you enjoy music, beer and the fine things of life!

Kids 12 & Under go free, and individual day and multi-day passes are now available ONLINE. Tickets are $30/advance and $35/Day Of.

This Mother’s Day give the gift of music!

This week’s showtimes at Royal Cinemas as of April 9th

Here is a list of this week’s showtimes at Royal Cinemas as of Friday, April 9: 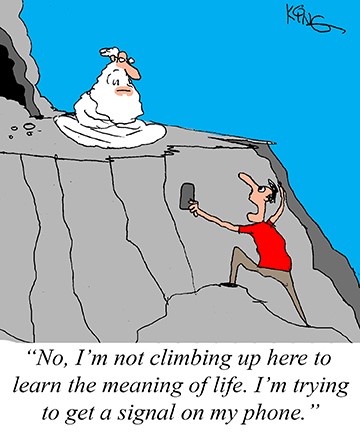 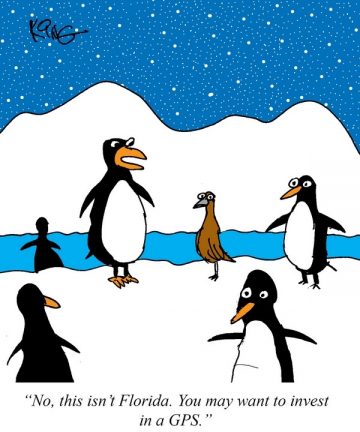 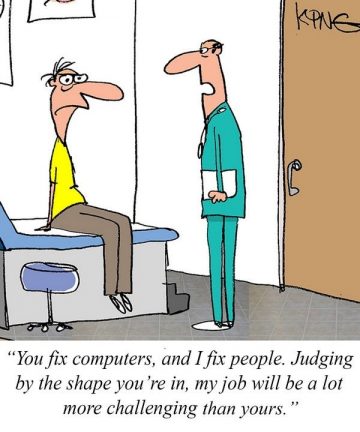 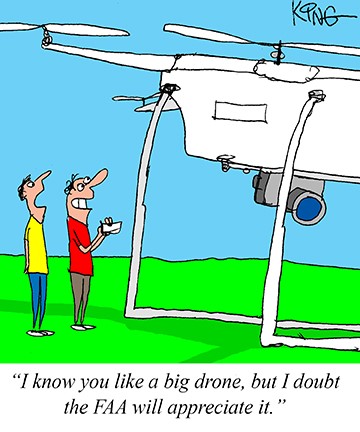 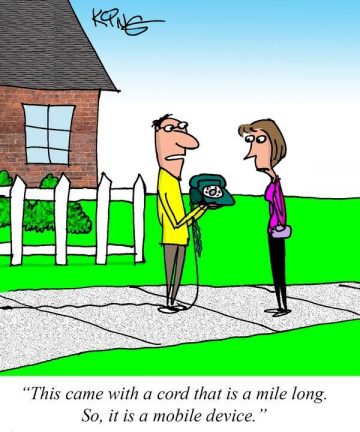 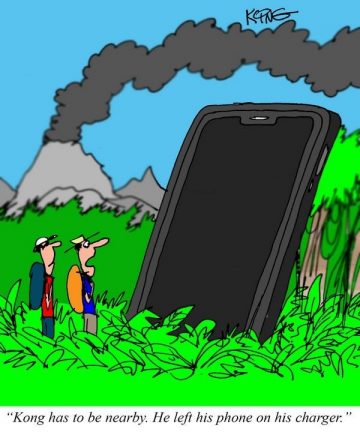 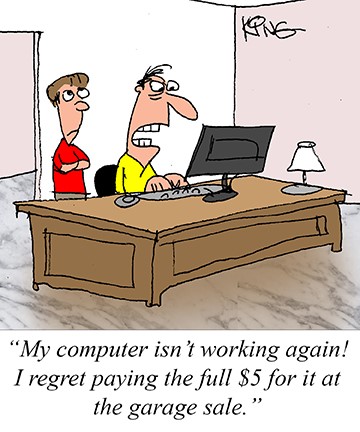 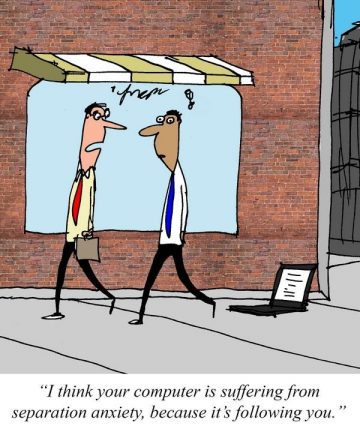 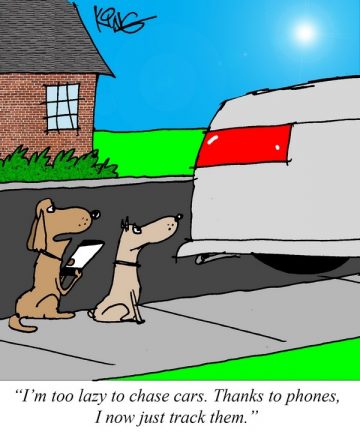 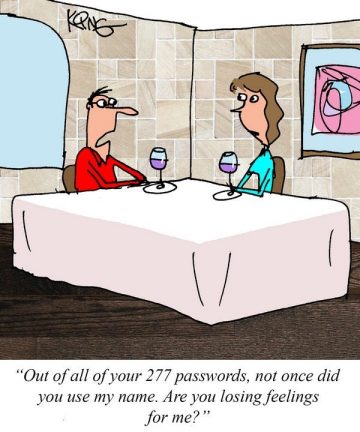 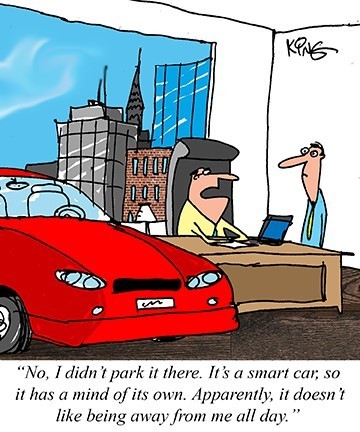 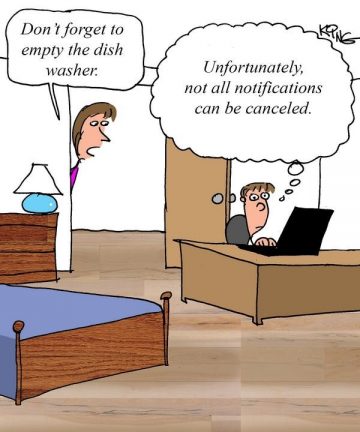 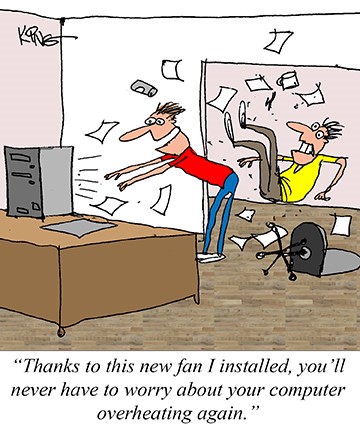 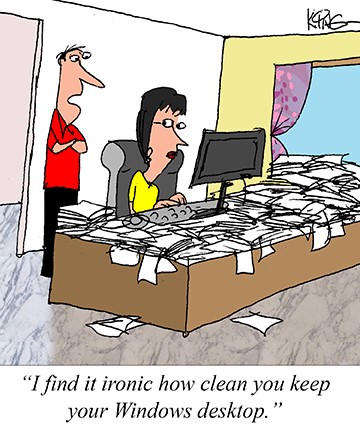 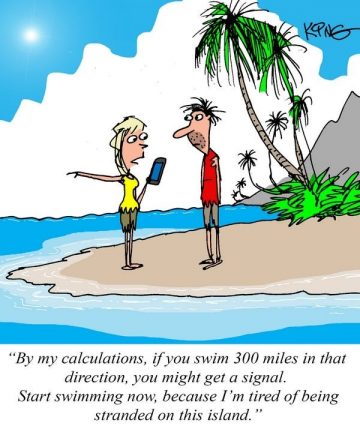 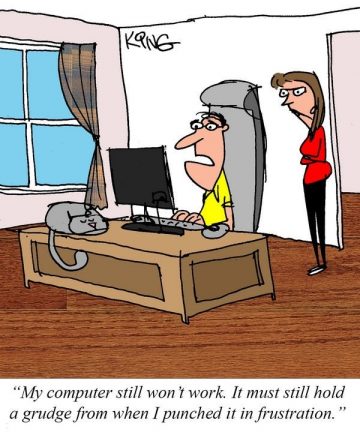 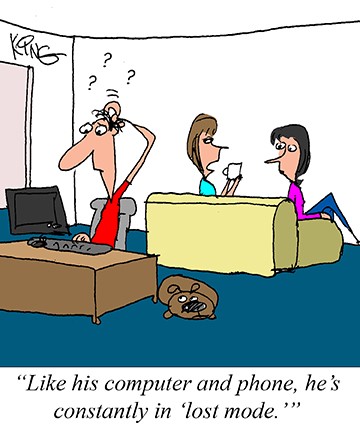 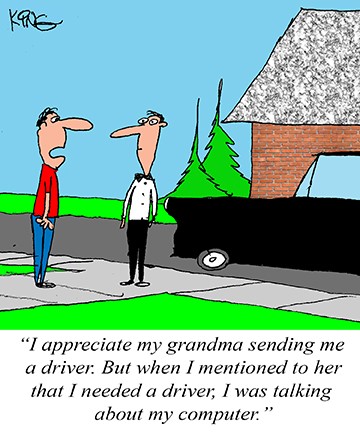 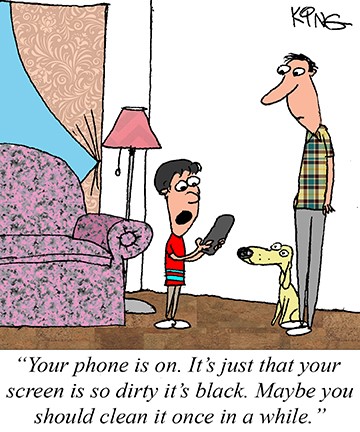 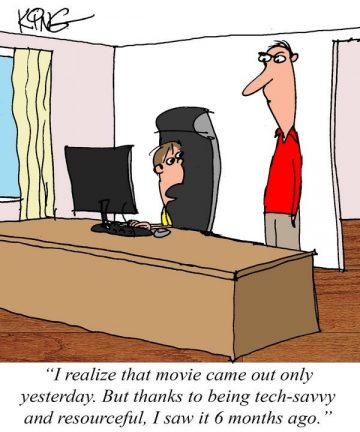 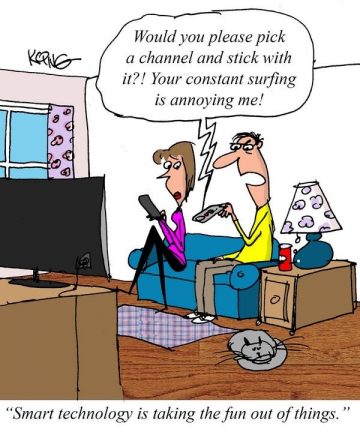 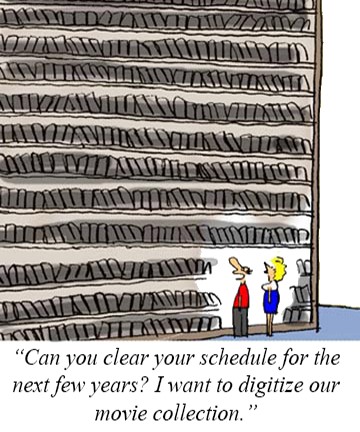 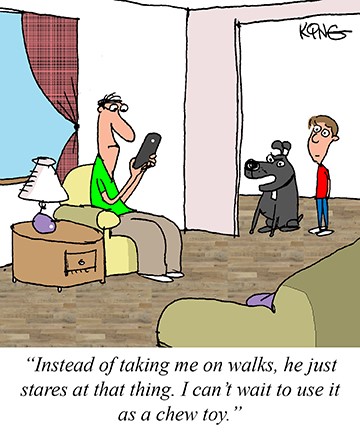 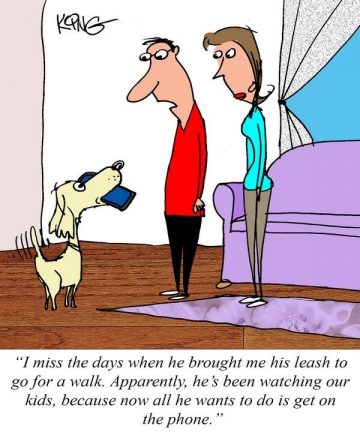 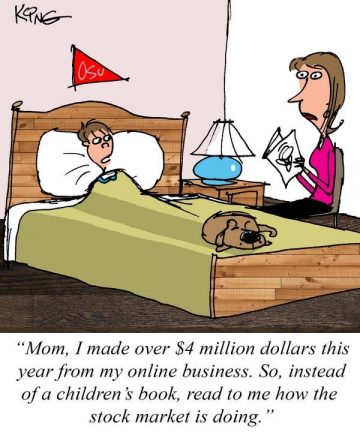 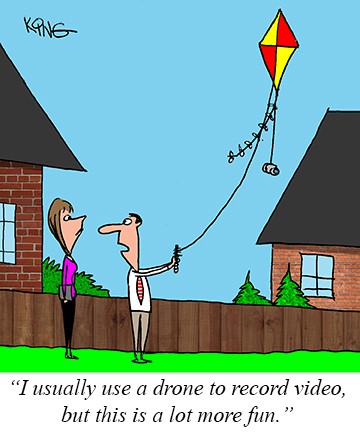 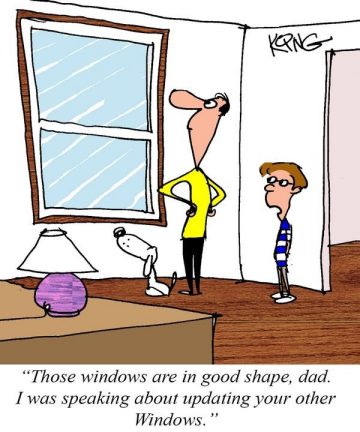 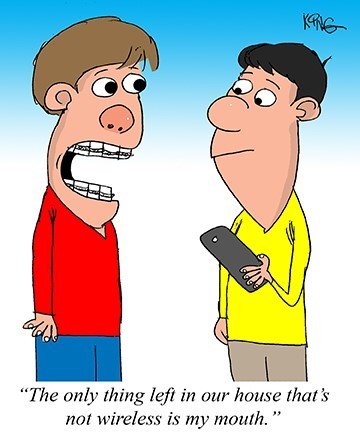 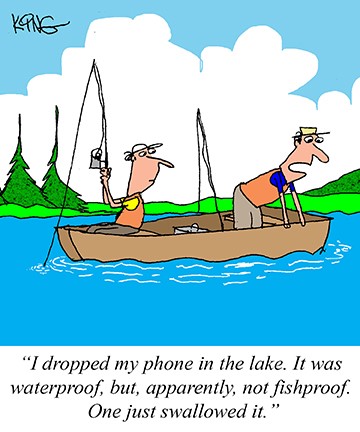