One the most original thinkers in business, Tony Hsieh, died in November in a house fire in Connecticut.

Hsieh, 46, left a vast legacy of entreprenuership, most notably in his online shoe company, Zappos, which he sold to Amazon in 2009 for $1.4 billion.

One of his innovations in staffing is the Hsieh put an actual dollar amount on job satisfaction and, you might say, company dissatisfaction.

So, after a week or so on the job, some workers would be given an offer. They could continue to work and presumably do better, or they could quit. If they quit, the company would pay them to go.

Author Bill Murphy, Jr., wrote about this policy in his blog understandably.com.

He looks at the policy from a different perspective: That of the employee. Although the Hsieh policy wasn’t intended to be an act of charity, it actually is, Murphy writes, since it saves a person from doing something they hate. Life is too short.

Murphy should know. In 2009, he famously quit a six-figure job at 7:30 a.m. on the second day. But, he knew he was going to quit on the first day. No one paid him to quit that job.

The moral of the story: Don’t spin your wheels somewhere you hate. Find something you want to do and then give it all you have.

Related Topics:Tony Hsieh
Up Next

A true page turner for new hires: the handbook

The latest hot crime novel just dropped. It’s a real page-turner, and you have it. Your heart pounds, and you want to start flipping pages. There’s just one problem. The book in front of you is the employee handbook. Not exactly a best seller, huh?

Unfortunately, 60 percent of employees skip reading the employee handbook altogether. While reading company rules, regulations and policies aren’t exactly thrilling, understanding all of the above is vital.

Knowing how to use personal days or file for vacations may help you get more R&R when needed. Sometimes days roll over, sometimes, they don’t. Some companies are fine with you taking two weeks off, others may limit vacations to a week. So on and so forth.

The employee handbook can keep you out of hot water as well. Showing up 10 minutes late at your old job may not have been a big deal. But at your new job, that might result in a write-up and a black mark on your record. Likewise, there may be specific instructions for handling company documents, using company vehicles, or whatever else.

How to welcome a teleworking employee

Telecommuting has become increasingly popular in recent years. It allows companies to recruit qualified talent across the globe. If your company is about to welcome a new telecommuting employee, here’s how to do it.

• Talk about the company. Describe the company’s mission, values, and other information to help employees develop a sense of belonging.

• Present your tools. Familiarize the employee with the tools, software, and online platforms the company uses daily.

• Offer mentoring. Ensure the new employees know they have someone they can lean on and contact if they need help. This will help them feel at ease.

• Introduce the team. Set up a video chat to introduce the entire team. You can reserve extra time for the employee to get to know the colleagues they’ll be working with directly.

• Follow up. Ensure new employees receive feedback from their immediate colleagues in the first few weeks to help them adjust. The recruit should feel free to ask questions without fear of judgment.

Are you looking for telecommuting employees to join your team?

Business tips from the greatest showman

Learning from one of the greatest showmen in history is certainly a good place to start if you want to learn how to grow your business. P.T. Barnum is still a household name, even though his famous circuses are no longer so popular with audiences. While Barnum is most famous for the Ringling Bros. and Barnum & Bailey Circus, the entrepreneur dabbled with running a newspaper and museum, among other things.

In 1880, Barnum published “The Art of Money-Getting or Golden Rules for Making Money,” and to this day, many of the insights remain helpful. For one, Barnum recommends that whatever you do, make sure you do it with all of your might. Many markets are crowded, and if you put in only a half-hearted effort, you’re only going to get half-hearted results.

Given his own eclectic career pursuits, you might think that Barnum would champion throwing lots of things at the wall and seeing what sticks. In practice, however, he urged focus, stating, “Many a fortune has slipped through a man’s fingers because he was engaged in too many occupations at a time.”

Barnum also urged entrepreneurs to follow developing events. In his day, that meant reading the newspaper. Today, many folks prefer podcasts and visiting news websites. But the medium doesn’t matter — the content does. By staying abreast of developments, entrepreneurs are in a better position to tap into opportunities and mitigate threats.

4 strategies for retaining your employees

As the job market becomes increasingly competitive, it can be challenging to retain your employees. Here are four strategies to help keep your talent.

1. Focus on communication. Communicate openly with your employees. Listen to their concerns and be open to new ideas. Let them know they’re heard and that you take them seriously.

2. Think about development. Employees often quit because of a lack of advancement opportunities. Therefore, provide training so your employees can develop their potential, avoid boredom and take on new challenges.

3. Offer benefits. Ask your employees what your company could improve and add these to their benefits and perks. For example, you could include group insurance, paid holidays, yoga classes, flexible working hours, and telemedicine.

4. Get out of the office. Create opportunities for your employees to socialize and have fun in a context that doesn’t revolve around work. Use the opportunity to celebrate their successes.

It’s a closely guarded secret, passed down from generation to generation. It helps save lives and is integral to a multi-billion dollar industry. It’s mud. Yes, mud. And Major League Baseball (MLB) currently depends on this mud to provide ball traction and to ensure a strong grip, thus reducing errant balls.

You see, baseballs fresh from the box are quite slippery. And if pitchers lose control of the ball, someone could end up hurt or even killed. Mud can be used to increase grip while still maintaining the classic look of a white baseball.

But not just any old mud will do. In fact, the mud all comes from a specific place, a top-secret spot on a New Jersey river. And the MLB depends on one man, Jim Bintliff, who may be the only person alive who knows where to find the mud.

Bintliff learned the secret of the mud’s location in 2000 when his parents passed it on to him. An MLB player, Russell “Lena” Blackburne, first discovered the mud and its deglossing properties in 1938. The mud quickly became popular throughout the league, and barrels of it can now be found in every MLB stadium.

In 1968, Blackburne passed on the secret location of the mud to a close friend, who just so happened to be Jim Bintliff’s grandfather. Grandpa eventually passed the location on to Jim’s parents, who then passed it on to him.

Mudding new baseballs is now a time-honored tradition. That said, the mud’s days may be numbered. MLB is exploring ways to create a baseball that will provide excellent grip without mud and without interfering with the baseball’s many properties.

Cloud computing: the environmental impact of the virtual world

The internet is often referred to as the virtual world. Despite its intangible nature, it relies on many tangible resources, especially when it comes to cloud computing. Here’s a look at the environmental impact of the cloud.

What’s cloud computing?
Numerous companies make a living by storing personal files like photos and videos on internet servers instead of physical devices. This storage space is called the cloud because the data is suspended and readily accessible from anywhere.

What are the environmental impacts?
The growing popularity of cloud storage has led to the need for massive data processing hubs. These systems use a lot of energy and produce a lot of heat, which requires environmentally unfriendly cooling processes.

Moreover, these installations must be fail-safe, requiring large battery backup systems and generators. In short, storing information in the virtual world requires many resources. It also creates quite a bit of industrial waste.

However, cloud computing does have its advantages. For example, software programs can be downloaded from the cloud, eliminating the need for millions of compact discs. Additionally, this technology makes it easy to work from home, which helps reduce fuel consumption.

Despite these pros and cons, we need many more studies to measure the true environmental footprint of the cloud. 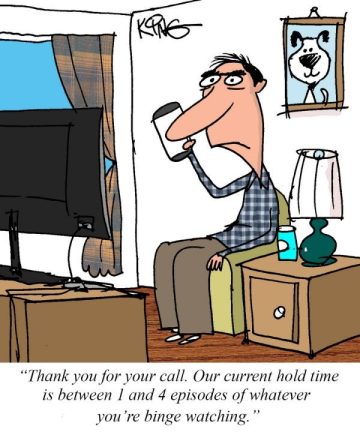 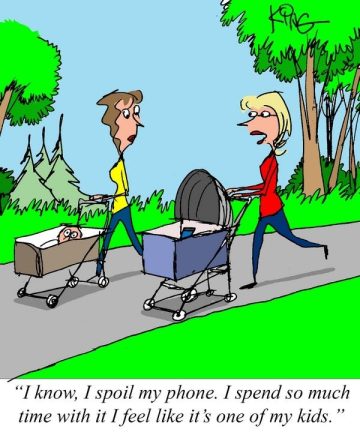 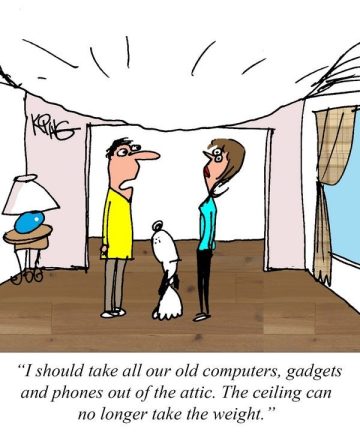 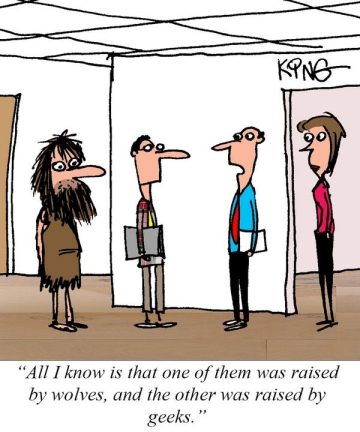 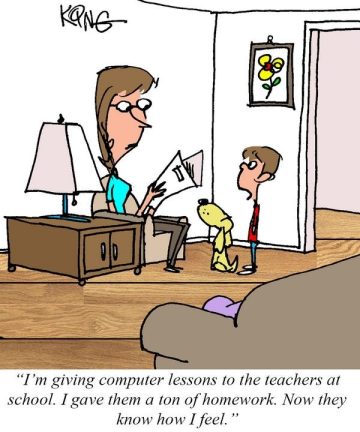 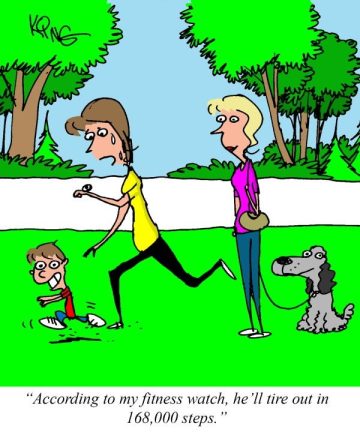 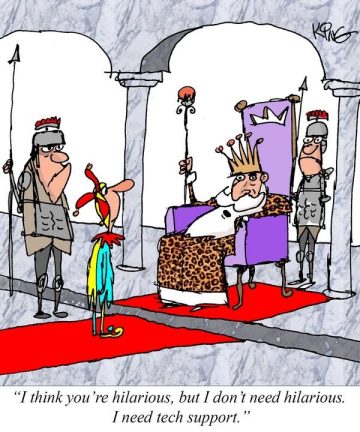 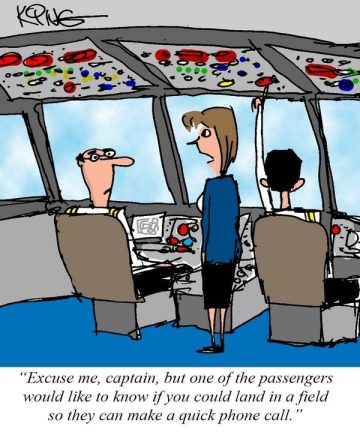 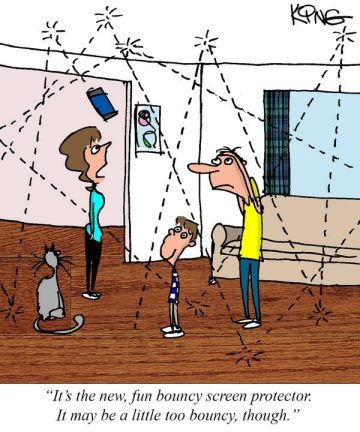 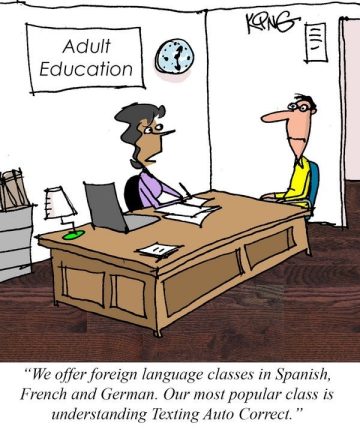 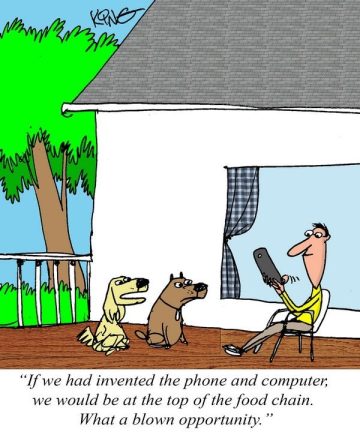 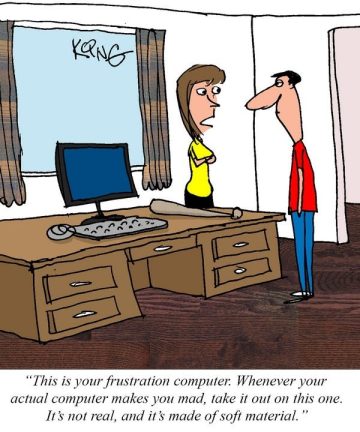 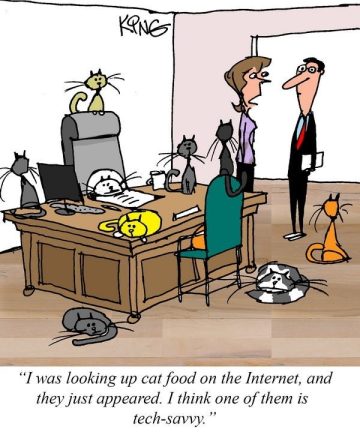 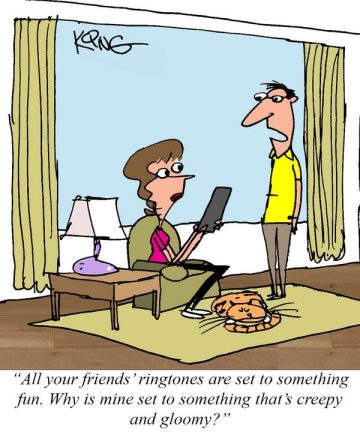 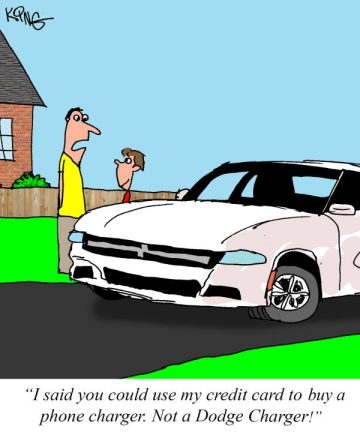 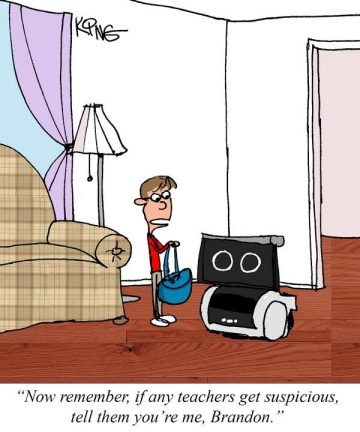 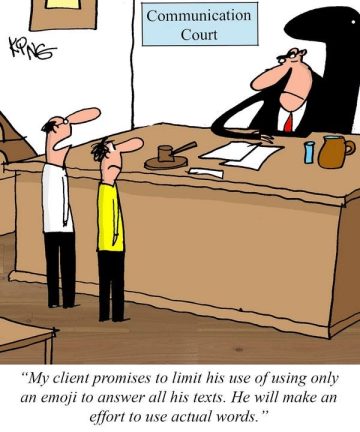 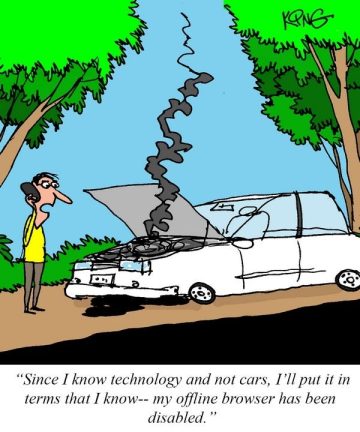 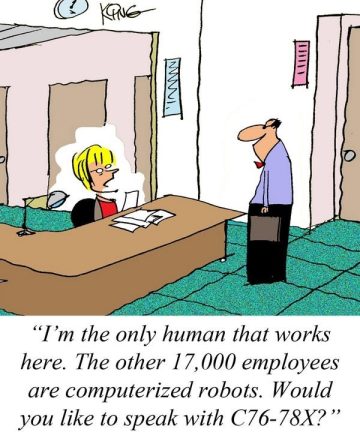 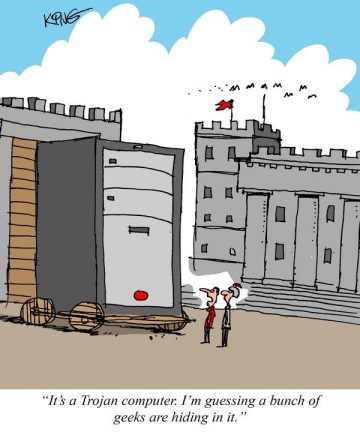 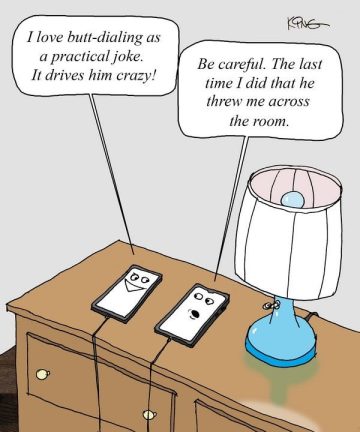 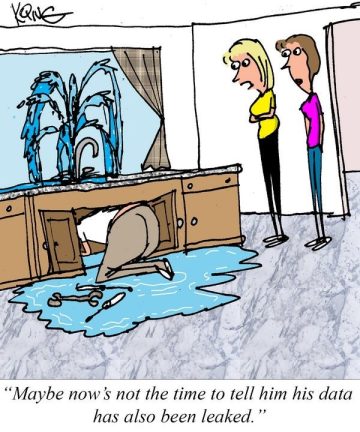 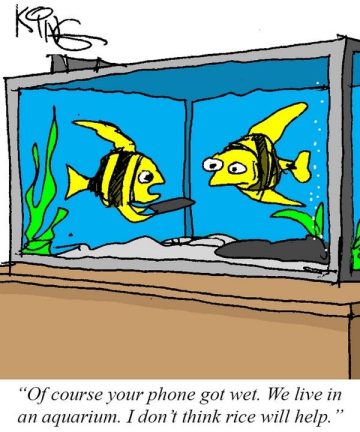 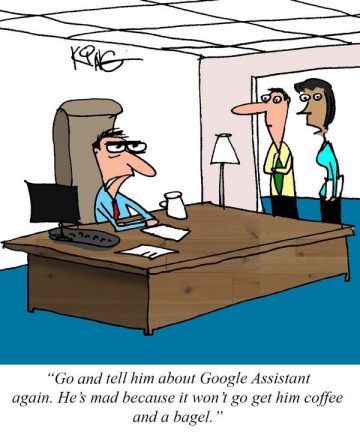 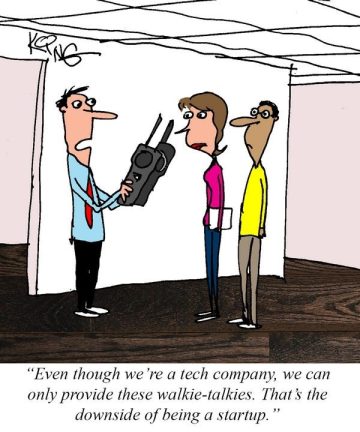 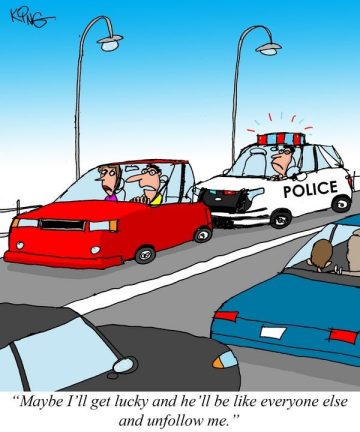 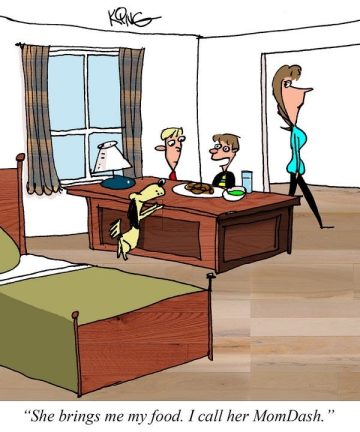 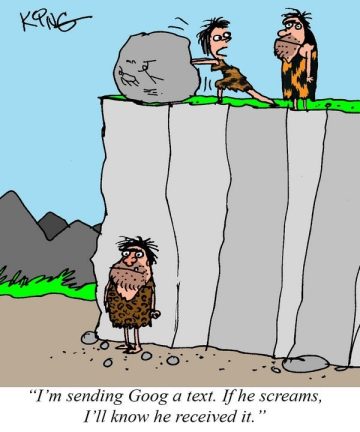 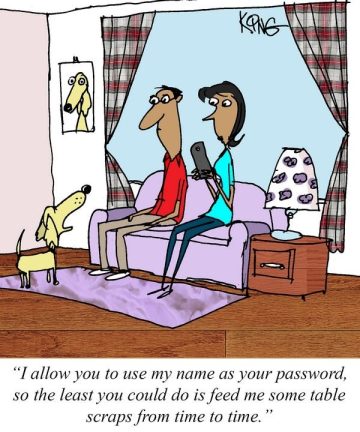 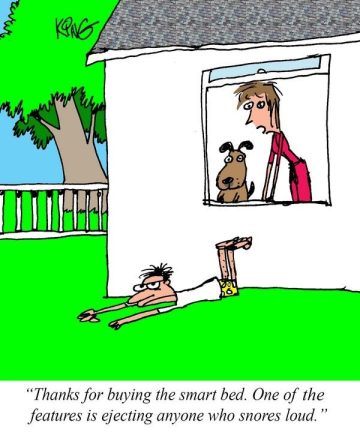 Please join us on October 9th at 10:30am and October 10th-12th at 6:30pm nightly for a special series of services with Johan Bruwer. Johan is from Bloemfontein, South Africa, and will deliver a very inspiring[...]
View Calendar