Co-op Month, celebrated all through October, reminds Americans of the important role co-ops play in the economy.

Did you know that one in three Americans is a proud member of a cooperative, and that consumer cooperatives have over 343 million members across the country?

Here’s why co-ops are integral to our economy.

They foster economic stability
Cooperatives tend to be much more stable than traditional companies. A 2007 study by the World Council of Credit Unions showed that cooperatives in the United States had a much higher five-year survival rate than traditional firms: 90 percent compared to five percent.

In addition, the Federal Deposit Insurance Corporation reported that credit unions were five times less likely than banks to fail during the financial crisis, even doubling their lending to small businesses between 2008 and 2016.

Long-term survival allows co-ops to grow along with their communities and to adapt to the changing needs of their members.

They’re everywhere
Cooperatives come in many forms, largely because their structure is beneficial to a wide range of economic activities.

For example, over 2,000 American agricultural co-ops of all kinds have enabled producers to band together and ensure their financial stability while providing quality products to their customers.

Credit unions, on the other hand, are a staple of our financial landscape because their democratic organization allows them to put the needs of their members first.

They support communities
American co-ops generate over $25 billion in wages a year and create jobs for entire communities. Their unique structure and organization ensure that every worker is invested in the success of the co-op and this keeps members motivated.

Since members take part in the decision-making process, these companies also contribute to a stronger sense of belonging and community.

Find out more about Co-op Month at coopmonth.coop.

3 reasons to start a cooperative

A tool that may enable farmers to instantaneously detect plant diseases in the field is being developed by a team of researchers from North Carolina State University. Here’s how it works.

Disease signatures
When plants “breathe,” they release volatile organic compounds, better known as VOCs. However, when a plant is sick, the composition of those VOCs changes. Each disease causes different changes in the VOCs emitted during plant respiration. This means that it’s possible to associate VOC changes to specific diseases, an idea that led researchers to develop a device that can analyze plant VOCs and identify disease.


Currently, plant disease detection relies on molecular tests that take hours to perform. These tests have to be run in a laboratory setting, adding transport time to an already slow process. In contrast, the VOC device developed by researchers plugs into a smartphone and can analyze the VOCs released by a plant suspected of being sick on the spot. The whole process takes a mere 15 minutes.

For now, the detector can differentiate between 10 plants VOCs and effectively diagnose four diseases. This is a promising development that could provide farmers with an affordable and fast way to detect plant diseases before they harm crop yields.

Spent microbial mass (SMB), a plentiful and nutrient-rich waste material composed of bacteria, fungi, and plant cells, is being reviewed as a fertilizer. Recently, researchers examined how its application affected cornfields by comparing one treated with SMB to one that received normal fertilizer.

A plentiful alternative to fertilizers
The main question when evaluating a potential fertilizer is how effective it is. In the case of SMB, researchers found that fields treated with it and those treated with normal fertilizer had similar crop yields. One difference that stood out, however, was that SMB needed to be applied more often. Nevertheless, this isn’t a major concern. Industrial biotechnology produces a lot of SMB, so supply is unlikely to be a problem.


One advantage of SMB over traditional fertilizers is that soil treated with the waste material shows much higher concentrations of carbon and organic matter. This isn’t the case for soil that’s been treated with regular fertilizer year after year. In fact, the overuse of fertilizers has been shown to deplete soil resources, making it increasingly difficult to meet production goals.

While more research is required, it seems that SMB could have a positive impact on food production and the planet.

Proponents of organic farming contend that organic fruits and vegetables, which are exposed to more stress than produce farmed with the help of pesticides and chemical fertilizers, are healthier. Specifically, there’s been substantial debate around the idea that exposure to insect bites induces a stress response that causes plants to produce more antioxidants and makes them healthier and more nutritious. A recent study suggests this may be true.

An international team of scientists observed strawberry plants that were exposed to different types and levels of wounding to the leaves a few days before harvest. They found that plants that had been wounded in ways that mimicked insect bites produced more antioxidants than those that hadn’t been wounded.

This discovery could spur the development of new techniques for the produce industry, which is constantly trying to grow more nutritious food. Manipulating plant metabolism without the use of environmentally harmful pesticides and fertilizers is a step in the right direction.

Crop diversification is the agricultural practice of cultivating a variety of crop types. This offers many benefits and could provide solutions to some of the key problems modern farmers face. Here are three advantages offered by crop diversification.

1. It helps farmers make ends meet
As crop prices become less stable and growing conditions become more difficult, many farmers struggle to ensure their financial security. However, farmers can reduce economic uncertainty by cultivating more than one type of crop. Furthermore, diversification lets farmers take advantage of niche markets in their region (such as by cultivating heirloom varieties to sell at local farmers’ markets).


The traditional way to grow crops is to plant a single cultivar in a given area. However, this results in entire fields that are susceptible to the same hazard, be it a pest or disease. Diversifying crops means that no one pest or disease can destroy a farm’s entire harvest.

3. It lessens the environmental impact
Crop diversification makes farms more environmentally friendly. This is because planting a variety of crops makes the soil healthier, which in turn reduces the need to use excessive amounts of fertilizer. In addition, diversification ensures that crops are more resistant to disease and therefore require fewer pesticides.

Lastly, farmers who plant different kinds of crops are able to tap into their regional markets and contribute to strengthening their local economies. This helps farms thrive and provides them with greater financial security.

How antibiotic use in cattle impacts soil and the environment

The use of antibiotics in cattle is a subject of ongoing concern and debate. Furthermore, research suggests that antibiotic use could increase greenhouse gas emissions.


High carbon levels are crucial to soil health. This is because soil that’s rich in carbon is much better at supporting the microscopic ecosystems on which plants rely on nutrients. In addition, when carbon can’t be stored in the soil, it’s released into the atmosphere as carbon dioxide, which is a greenhouse gas that plays a critical role in climate change.

The bottom line is that while manure is typically considered healthy for the soil, the presence of antibiotics in it could mitigate the benefits. To ensure soil health, antibiotic use in cattle should be closely reviewed. 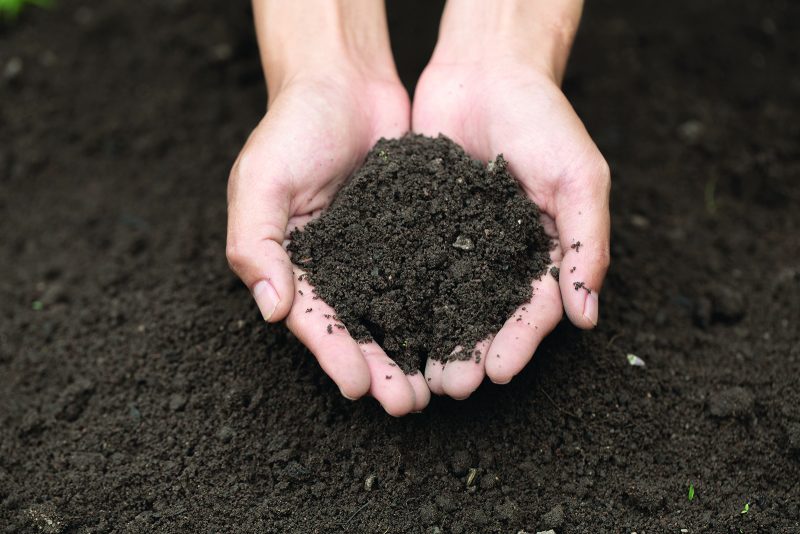 A common issue encountered by farmers is that, over time, fertilizer use results in diminishing returns. This is because fertilizers deplete nutrients from the soil and producers consequently need to use more of it each year to make their crops flourish. Unfortunately, this only worsens the problem in the long term.

Microbial solutions
A possible solution to this problem is to introduce beneficial microorganisms into the soil. Some of these help soil retain carbon, which bolsters plant growth and promotes organic diversity. Other microbes aid in crop production by preying on harmful organisms and thereby helping plants stay healthy.

The importance of sustainable agriculture


As the global population grows, food demands rise. Without sustainable ways to make crop production more efficient, meeting these demands will be almost impossible. Introducing beneficial microorganisms into the soil is an effective way to preserve its health and ensure it can support crops, even if climate change makes growing conditions harsher.

The development of microbial farming is a step toward producing large crop yields that don’t require chemical fertilizers.